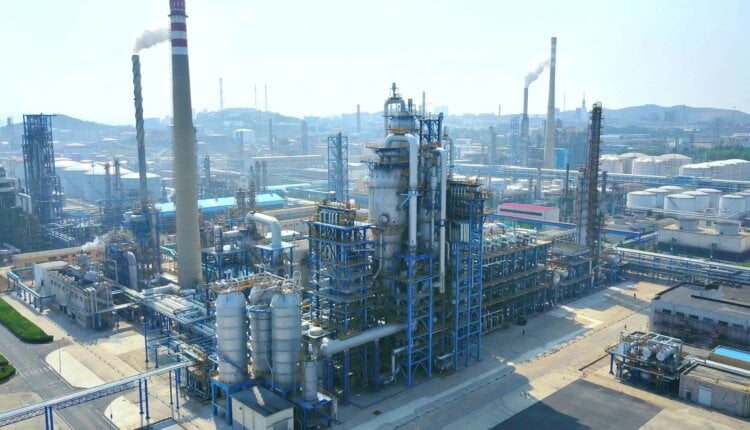 1. BHP Billiton to sell oil and gas business to Woodside Petroleum for $14.7 billion

BHP Billiton’s oil and gas business, effectively valued at A$20 billion ($14.7 billion), will be sold to Woodside Petroleum in an all-stock deal.

Upon completion of the transaction, Woodside Petroleum will become a large independent oil and gas company valued at A$38.5 billion, among the top ten independent oil and gas companies in the world, and the largest energy company listed on the Australian Securities Exchange, of which Woodside Petroleum will Holding 52%, BHP Billiton will hold 48%.

On December 21, 2021, Norwegian oil and gas company Aker bp announced that it would acquire the oil and gas business of Sweden’s Lundin Petroleum. The value of the acquired assets is approximately NOK 125 billion (approximately US$ 14 billion).

The two companies have reached an agreement on a merger plan, which will form an independent oil and gas exploration and production company and become Norway’s second largest oil and gas company. The merger transaction is expected to be completed in the second quarter of 2022. The combined reserves of the two companies will exceed 2.7 billion barrels of oil equivalent, and the daily production of oil and gas will exceed 400,000 barrels of oil equivalent, making it the second largest owner of the Johan Sverdrup field.

The combined company will be managed by Aker bp’s executive management team. Lundin Petroleum will hold a 43% stake in Aker bp. The transaction will be settled with $2.22 billion in cash and 271.91 million new shares issued and allocated to Lundin Oil by Aker bp.

3. Shell to sell Permian Basin assets to ConocoPhillips for $9.5 billion as one of most interesting Petrochemical Industry Mergers And Acquisitions

Shell’s Permian Basin assets include blocks of 225,000 acres and produce about 175,000 barrels of oil per day. Shell said it would withdraw from onshore oil production in the U.S. state of Texas and increase investment in renewable energy.

Shell plans to return $7 billion of the proceeds from the deal to shareholders, with the rest going to optimize its balance sheet.

Shares in both companies fell more than 7% in the deal, which was at a near-zero premium, the biggest intraday drop in a year. The companies said the merger would reduce costs by $100 million a year. This is the largest merger in the U.S. oil and gas industry since Chevron bought Nobel Energy in 2020, according to Bloomberg.

Santos has acquired a stake in Oil Search for A$8.4 billion ($6.2 billion). Oil Search shareholders will receive 0.6275 shares of the new company for every share they hold, with Oil Search holding 38.5% and Santos holding 61.5%. Santos said the merger will achieve pre-tax synergies of between $90 million and $115 million annually.

7. Ineos to buy bp’s aromatics and acetyls business for $5 billion

In January 2021, INEOS announced the completion of the acquisition of bp’s global aromatics and acetyls business at a price of US$5 billion.

The acquisition of bp’s 15 factories worldwide, including 5 in the Americas, 2 in Europe and 8 in Asia. Among the 15 factories, 6 are acetyl factories, mainly producing polyester fibers, films and polyester (PET) packaging and other products; the other 9 are aromatics factories, mainly producing derivatives such as acetic acid and acetic anhydride, which can be used for food, pharmaceuticals, etc. , paint, packaging and other downstream areas to provide raw materials.

In October 2021, Ecolab, a leading company in the U.S. chemical industry, announced that it would acquire Purolite for $3.7 billion in cash. Headquartered in Pennsylvania, USA, Purolite mainly produces high-end ion exchange resins for separation and purification for the biopharmaceutical, microelectronics, nuclear power, food and beverage industries, and its business involves more than 30 countries and regions. Its sales in 2021 will be about 4 One hundred million U.S. dollars.

Ecolab stated that Purolite’s products are critical to the biopharmaceutical industry and are highly complementary to the company’s products.

In September 2021, Canadian oil pipeline operator Enbridge announced that it would acquire logistics company Moda Midstream Operating for $3 billion in cash, acquiring its crude oil export port in Texas, which has an export capacity of 1.5 million barrels per day and With a storage capacity of 15.6 million barrels, it can berth a very large crude oil carrier with a capacity of 2 million barrels. In 2020, the port’s export throughput accounted for more than a quarter of U.S. Gulf of Mexico crude exports. Other assets in the deal include the Viola pipeline, the Taft Termina pipeline and the Cactus II pipeline.

Enbridge has previously said it wants to expand operations on the U.S. Gulf Coast, which is also an important refining hub for Canadian heavy crude, which has seen increased demand as Mexican crude production cuts.

In May 2021, EQT, the largest U.S. natural gas producer, announced that it would acquire the upstream and midstream businesses of its rival Alta Resources Development for $2.925 billion. The $2.9 billion acquisition fee includes $1.0 billion in cash and $1.9 billion in stock.

The deal will give EQT a place in the Marcellus Shale in the northeastern United States and will add $300 million to $400 million in free cash flow for the year. Alta Resources Development Corporation owns a 300,000-acre block that produces approximately 1 billion cubic feet of natural gas per day.

After the transaction is completed, EQT’s daily gas production will increase to 5.6 billion cubic feet.

The deal also includes 300 miles of natural gas gathering pipelines and other assets.

The Crisis and effect in Kazakhstan oil and gas shipments 2022