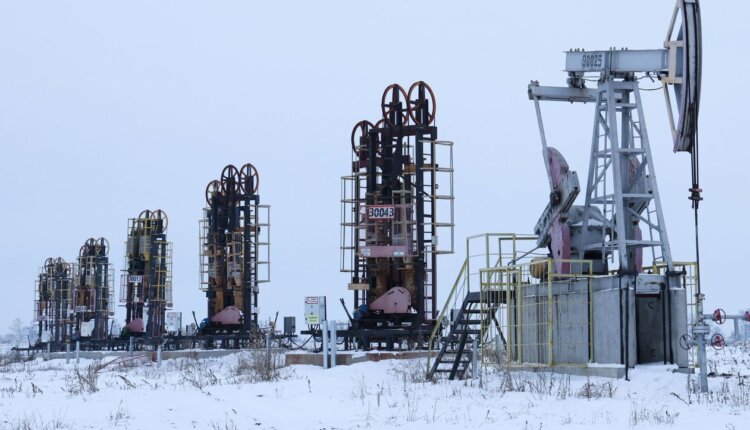 After much hesitation, Poland has agreed to the Russian oil price cap 60 dollars per barrel that the European Union is aiming for.

In addition, an adjustment mechanism is planned that keeps the limit at least 5 percent below the market price should a barrel of oil become cheaper than 60 dollars, said Poland’s EU ambassador Andrzej Sados on Friday With.

His country had argued for the largest possible discount on the market price in order to allow Russia to finance the war against Ukraine make more difficult. With Poland’s approval, the EU states can now formally wrap up the price cap that is to apply to Russian oil transported by sea over the weekend at 60$ Russian oil price cap.

The project takes up a plan by the seven leading industrialized countries (G7) and is intended to replace an EU decision according to which Russian oil may no longer be landed in Europe from Monday. The aim is, on the one hand, to reduce Russia’s income. That is why Poland and the Baltic States in particular are campaigning for a low price.

On the other hand, the global oil price should not be pushed up by a complete import ban, since Russia produces about 10 percent of the world’s oil. The lever for the implementation of the price limit should be that insurance companies and shipping companies are only allowed to participate in the Russian business if the oil is sold below 60 dollars.

There was initially no official reaction from Moscow. The prominent Russian foreign politician and Duma deputy Leonid Slutsky said, however, that the price cap for Russian oil endangers the European Union their energy security. In addition, the EU is also violating market laws, as the state agency TASS reported on Slutski’s reaction on Friday “Russian oil price cap”

“The EU is endangering its own energy security. They didn’t put a lid on it, they broke the bottom again.” And all this to “satisfy the ambitions of overseas partners,” said Slutsky, referring to USA. “But the Europeans cannot expect any help from there.” Slutsky heads the Foreign Affairs Committee in the State Duma.