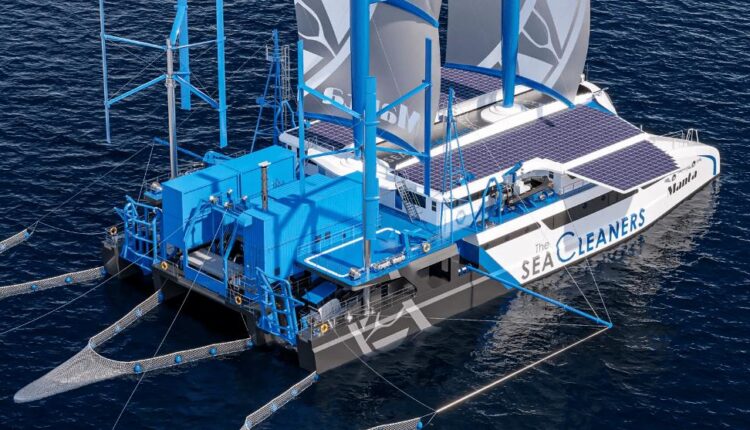 Process Marine Plastic Waste? This is the first ship used to collect, process and reuse large amounts of plastic waste floating on the coast, estuaries and sea estuary and other contaminated waters.

This deep-sea vessel mainly relies on renewable energy, can travel across the ocean, and can intervene quickly whenever it is needed.

Manta will be officially put into use in 2024, will not use fossil fuels 75% of the time, and can travel automatically. It will be able to collect 5,000 to 10,000 tons of floating plastic each year.

The blue planet of the earth is gradually being swallowed up by white garbage.

We often say that the sea is inclusive, but the ocean, the most inclusive of this earth, is suffering from its unbearable pain. Huge amounts of marine garbage, especially plastic garbage, have devastated the blue ocean.

There are still many plastics eaten directly by creatures in the ocean, and others will also become plastic particles after degradation, swallowed by fish, and eventually become a plate meal for human beings one day