Profitable Carbon Neutral Energy, How Oil and Gas Companies Can Achieve it 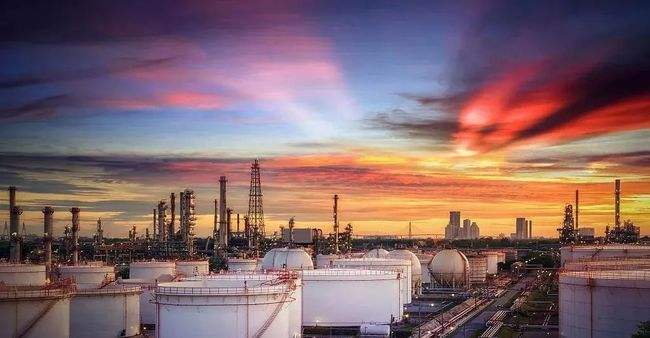 Carbon Neutral Energy, a significant opportunity to capture and sequester carbon dioxide from the atmosphere while generating reliable electricity has emerged and could be implemented globally.

Carbon Neutral Energy is now possible, thanks to advances in four key technology areas that can be combined into a larger system.

In addition to expanding renewable energy, this will help the oil and gas industry transition to and participate in a low-carbon economy. If implemented worldwide, this approach could reduce carbon emissions by billions of tons each year while creating significant economic opportunities.

Many companies have pledged to achieve Carbon Neutral Energy goals in the next few decades.

Because of this, demand for carbon credits is expected to grow rapidly, which will generate substantial revenue for companies implementing power systems that combine carbon capture and storage. Companies using this combination of technologies can generate substantial revenue while producing reliable electricity while generating negative emissions.

In addition to being stored on the ground, carbon dioxide captured through industrial carbon capture and DAC can be utilized in a variety of ways, including vertical farming, increasing concrete strength and producing methanol. The rapid growth in carbon use presents significant economic opportunities, such as the growth of local industries and the expansion of international markets and trade opportunities.

Carbon Neutral Energy, By 2030, the U.S. market for carbon utilization is estimated to reach $800 billion to $1.1 trillion, making it a lucrative component of the energy transition. As reliable sources of carbon dioxide become available worldwide, the utilization of this resource can be expected to increase.

By incorporating renewable energy sources such as wind and/or solar energy into the technology mix, it provides a cost-effective source of inexhaustible energy, while also creating new jobs and economic opportunities. Combining renewable energy, energy storage, carbon capture and DAC with power generation can provide reliable power to the grid even when wind and/or solar farms are unable to generate electricity for days on end.

The DAC system helps in this regard as it can be turned off when necessary to allow more power to be supplied to the grid. It also helps maximize the use of available electricity, thereby increasing the profitability of the facility.

While the cost of a DAC is currently quite high, it is expected to drop rapidly. For example, the cost of capturing and sequestering a ton of carbon dioxide at Climeworks’ new facility in Iceland is reported to be between $600 and $800. Several other companies are now developing DAC technologies, some of which say they can capture carbon dioxide for less than $100 a ton when their respective technologies are implemented on a commercial scale.

Facilities to support long-term carbon storage have been developing rapidly, and today the availability of climate finance such as carbon technology finance is increasing. This, combined with the technologies described above, has created many new business opportunities around the world, helping to drastically reduce global carbon emissions, creating jobs, and at the same time boosting economic growth.

Progress can be further accelerated if organizations take the initiative to develop projects in partnership with these relevant technical communities, and if funding becomes available.

This will lead to faster development and larger scale of technologies to reduce carbon emissions. Several sources of funding are available to accelerate technology development and scale, such as venture capital, government funding and related incentives, privately funded funding, crowdfunding, and loans.

To help companies secure funding to build a facility, online platforms like Puro-Earth help facilitate long term off-take agreements for the carbon the facility will capture and store. Furthermore, to make investments in these major projects more attractive to investors, green bonds can be used to refinance these projects after they operate and generate income.

To accelerate the implementation of this combination of technologies, sustainable energy research centers around the world can collaborate to develop and implement demonstration projects involving combined power systems and carbon capture.

They can also work with local project developers to develop plans and budgets for at least one comprehensive joint power facility in their respective regions. If implemented, this approach would facilitate the rapid rollout of these technologies delivering substantial profits while helping countries meet their climate commitments of Carbon Neutral Energy.

where will Critical global climate change go? After Glasgow