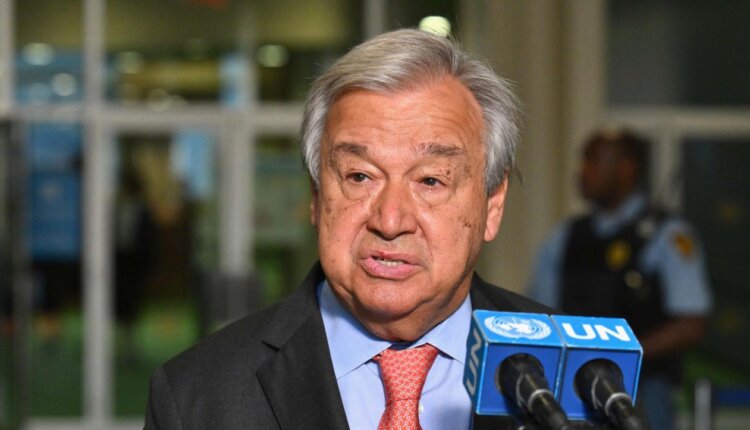 UN Secretary-General Antonio Guterres has accused oil and gas companies of “grotesque greed” and called for a tax on their so-called excess profits from energy companies.

Governments around the world must ensure that excessive profits made in the wake of the energy crisis caused by the war in Ukraine are taxed, Guterres told the press on Wednesday.

“It is immoral that oil and gas companies are making record profits from this energy crisis at the expense of the poorest people and societies – at a massive cost to the climate.” Governments would have to use the taxes collected to support the most vulnerable.

Guterres said Russia’s war in Ukraine and climate change are fueling a global food, energy and financial crisis. Many developing countries that are drowning in debt, lacking access to finance and struggling to recover from the coronavirus pandemic are on the brink, he said.

“We are already seeing the warning signs of a wave of economic, social and political turmoil that will leave no country untouched.” only shared home destroyed«.

In numerous countries, politicians and consumer advocates have criticized the oil companies for capitalizing on a global supply shortage. US President Joe Biden said in June that ExxonMobil and others were making “more money than God” at a time when as consumer fuel prices rose to record levels.