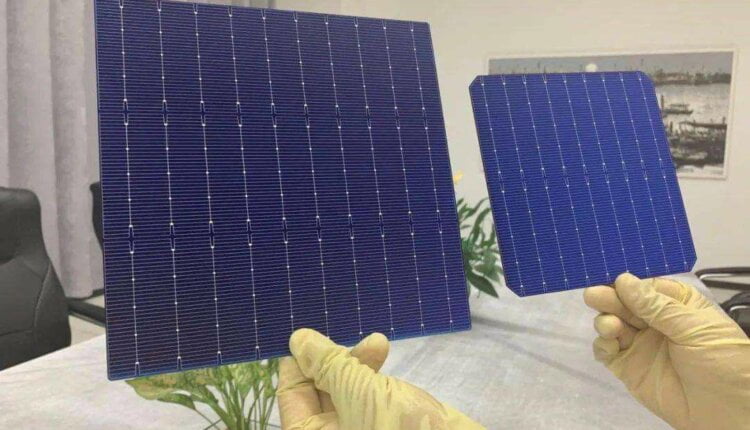 In terms of new solar cell technology, photovoltaic heterojunction solar cells, due to their unique dual-face weighing structure and excellent passivation effect of amorphous silicon layers, have a variety of natural advantages such as high conversion efficiency, high double-sided rate, almost no photoattenuation, good temperature characteristics, use of thin silicon wafers, superimable perovskite, etc., plus their manufacturing process It is relatively short, and there is more room for future cost reduction.

Photovoltaic heterojunction solar cell has high conversion efficiency, great expansion potential, simple process and clear cost reduction route, which conforms to the development law of the photovoltaic industry and is the most potential next generation solar cell technology.

Compared with PERC+ and TOPCon, which require more than 10 processes, the HJT process is quite concise. First of all, it is consistent with conventional solar cell treatment to etch and suede the surface of the mechanically cut silicon wafer.

Subsequently, the insic amorphous silicon films are deposited on both sides of the silicon wafer, and then doped amorphous silicon films with opposite enthusiasm. Next, start to prepare TCO films. The preparation of TCO is mainly completed by sputtering by physical vapor deposition (PVD) technology. Finally, the heterojunction solar cell can be obtained by surface metallization on the top of TCO.

It is worth noting that the power of the component is equal to the effective solar cell sheet area, solar radiation intensity and solar cell efficiency in the component. Therefore, replacing PERC solar cells with heterojunction solar cells in the future will create larger components, thus bringing lower single-watt and power costs to end investors.

According to the statistical results, companies with moderate PERC scale in the industry are more willing to invest in heterogeneous junction solar cells (HIT).

Some companies have begun to pilot or put them into small batches of operation, while large-scale PERC companies are also closed. Note the progress of HIT. At present, the planned HIT output of key participants exceeds 15GW.

In May 2019, Jinneng Technology announced at a forum in Chengdu that the average efficiency of the HJT solar cell innovated and developed by the company has reached 23.79%, the highest efficiency has exceeded 24.73%, and the double-sided rate has reached 93%.

Zhang Ziding of CICC expects that from 2021 to 2022, HJT is expected to carry out medium-scale mass production; after 2023, the production cost will be lower than PERC (passivated launch pole backfield contact), entering the era of large-scale replacement, and the market space is expected to reach the peak of PERC investment in 2020. More than 2 times.