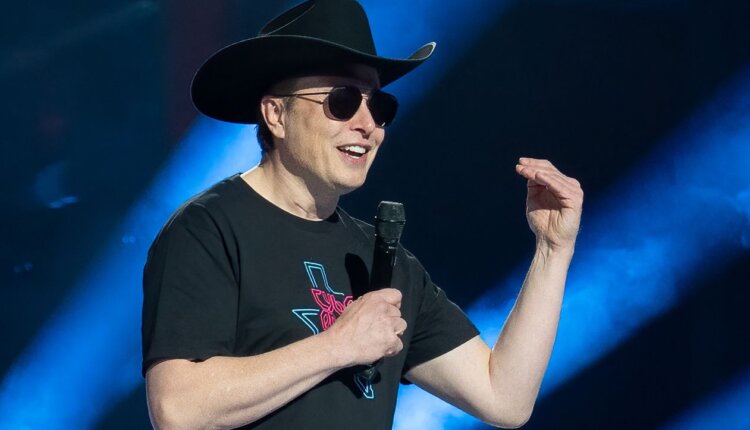 Tesla stock split, shareholders have approved the US electric car maker’s second stock split in around two years. In the campaign, each existing share is to be converted into three new ones.

This makes the share certificates cheaper and more accessible for small investors.

Tesla announced the plan in March and said in June that the split would go 3-for-1. At the general meeting on the premises of the Gigafactory Texas, the shareholders gave the green light on Friday night (CET). When exactly Tesla stock split should take place was initially unclear.

Tesla stock split don’t actually change a company’s stock market value, but they do lower the price per share. The papers can thus become more attractive, especially for small investors, even if many brokers are already offering to buy shares anyway.

Union has no further chance at Tesla for the time being

A total of 13 points were up for vote during the shareholders’ meeting. According to Reuters the shareholders of Tesla voted mostly for the Board’s recommendations on most issues.

For example, the proposal was rejected by shareholders who supported the right of employees to form a union and asked Tesla to report annually on its efforts to prevent racial discrimination and sexual harassment, as well as on the water risk in factory operations.

Tesla was recently criticized by authorities in California as well as federal authorities for possible discrimination at the main plant in Fremont.

Elon Musk, dressed all in black, made a major impact on voting during the AGM, according to Reuters, and addressed an enthusiastic crowd afterwards. According to data provider Refinitiv, Musk still owns 15.6 percent of Tesla stock after selling millions of shares last year.

Musk told the shareholders that Tesla wants to produce two million electric cars every year in the future and at the same time announced the construction of a new factory. Musk did not name a possible location for the new factory.

According to him, Tesla could operate up to twelve gigafactories in a few years. Tesla currently operates factories in California and Shanghai and is building two more in Austin, Texas and near Berlin.

The Dax should start stable on Friday in the last trading day of a week that has been encouraging so far. The broker IG indexed the leading German index a few points higher in the morning at 13,666 points. A gain of 1.3 percent is emerging for the first week of August. The leading euro zone index EuroStoxx 50 will also be stable in the morning expected.

According to the analyst Martin Utschneider from the private bank Donner & Reuschel, the mark around 13,750 points is now “tipping the scales”. If you jump over it, the expert sees a further 400 points. However, if the Dax fails at the hurdle, the view could go back towards the 13,000 mark.

Good quarterly figures from companies had helped the stock market the day before. The major overarching concerns on the part of geopolitics, inflation and the general economic situation have receded into the background, although they are still present, wrote Utschneider.

Before the monthly US labor market report catches the eye of investors in the afternoon, other company balance sheets are on the agenda in the morning, for example from Allianz SE and Deutsche Post. The latter were well received, shares in Deutsche Post rose on Tradegate by a good one percent. Allianz shares were treading water after the quarterly report.

Write-downs on capital investments and other charges caused insurer Allianz to see profits fall in the second quarter despite improved day-to-day business. The bottom line was a profit of 1.7 billion euros, 23 percent less than a year earlier, the company said on Friday morning. Operating profit, on the other hand, increased by five percent to 3.5 billion euros. CEO Oliver Bäte therefore sees Allianz on course to achieve an operating profit of between 12.4 and 14.4 billion euros this year as planned.

Thanks to flourishing business, Deutsche Post is continuing to grow, especially in its freight division. It was thus able to more than make up for declines in the German parcel business after the record business during the Corona crisis. Sales rose in the second quarter by 23.4 percent to 24 billion euros, as announced by the Bonn-based group.

Operating income (EBIT) climbed 12.2 percent to 2.3 billion euros, the bottom line was a profit of around 1.5 (1.3) billion euros. The group confirmed its earnings forecast for 2022 – and intends to achieve it even if the global economy cools down. With unchanged business development, Swiss Post believes “an EBIT of more than 8.4 billion euros is possible”.

After the mid-week rally in the US stock market, price movements were relatively contained on Thursday. The best-known Wall Street index Dow Jones was doing moderately down while the tech-heavy Nasdaq exchanges edged higher. Investors digested a barrage of company numbers and outlook as they waited for the US government’s July jobs report to close the week. This should be analyzed in detail in the first half of the year due to the technical recession in the economy .

The Dow was down 0.26 percent at 32,726 at the close, only marginally paying tribute to its 1.3 percent midweek gain. Market breadth S&P 500 remained stable at minus 0.08 percent at 4151.94 points. The Nasdaq 100 expanded its strong previous day’s plus of 2.7 percent and rose by another 0.44 percent to 13,311.04 points. It has already returned to early May levels since Wednesday after surprisingly strong ISM service sector data in July sparked optimism.

The world’s most famous digital currency Bitcoin listed on the trading platform Bitstamp most recently at 22,265 US dollars.

Oil prices recovered somewhat on Friday morning from their recent significant discounts. In early trading, a barrel (159 litres) of North Sea Brent cost for delivery in October $94.53. That was 41 cents more than the day before. The price per barrel of US grade West Texas Intermediate (WTI) for September delivery rose 51 cents.