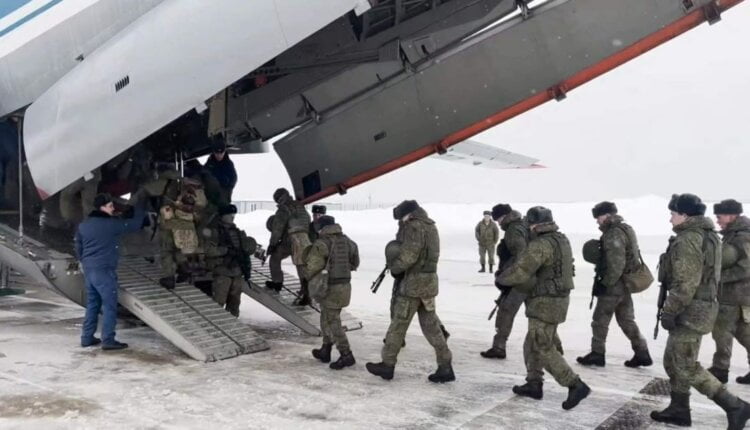 7 days and 30 years: Changes and changes in the fog of the riots in Kazakhstan

The riots in Kazakhstan, December 16, 2021 marks the 30th anniversary of Kazakhstan’s declaration of independence on the ruins of the collapse of the Soviet Union, in just one week of January 2022, a serious riot cast a shadow on the largest country in Central Asia. This seamless connection of time is really dramatic and shocking.

On January 2, 2022, people in Aktao, Mangistao State, located in the western part of the country and adjacent to the Caspian Sea, began to gather and march to demand the government to adjust prices.

On the 4th, the influence further expanded, with more than a dozen cities holding rallies, thousands of people taking to the streets to protest and clashing with the police. On the evening of the same day, more than 5,000 people in Almaty, the country’s largest city and economic center, took to the streets riots in Kazakhstan.

Some demonstrators burned police cars in Republic Square in the center of the city and tried to storm the mayor’s office. The police then went to the scene, and there was a fierce clash between the two sides, and many people, including several riot policemen, were injured in riots in Kazakhstan.

On January 5, protesters stormed the Almaty municipal government building and there were reports of gunfire at the scene. Relevant government agencies in the western city of Aktobe Municipal Government Building, the northern cities of Kostanai and Petropavlovsk were also impacted.

On the same day, President Tokayev of Kazakhstan delivered a national televised speech on the domestic situation in Kazakhstan and announced the dissolution of the government.

He himself succeeded Kazakhstan’s first president Nazarbayev and served as the chairman of Kazakhstan’s National Security Council from the 5th. Later, he signed a presidential decree declaring a state of emergency throughout the country.

At present, the peacekeepers of the Organization are successively entering important cities and institutions in Kazakhstan to help maintain order.

Kazakhstan’s Ministry of Health said on the 6th that large-scale protests had injured thousands of people. At present, Kazakhstan regards the emerging situation as an “invasion from extremist organizations trained abroad”. Tokayev has ordered the establishment of an investigation team to investigate the causes of the riots and launch a criminal investigation against the perpetrators.

The speed of the riots in Kazakhstan process

Compared with previous events related to Central Asia, such as the so-called “tulip revolution” in 2005 in which Kyrgyzstan led to the step down of then-Kyrgyz President Akayev, the riot in Kazakhstan has progressed extremely rapidly. After the beginning, it did not go through a stage of disasing, and it quickly spread across the country in just a week, and It caused huge damage beyond general expectations.

The rapidity of this process, on the one hand, shows that there are huge unstable factors within Harbin society, which ignites and breaks out quickly at a certain moment. On the other hand, it shows that there are currently unknown external pushers behind the riots, and even some familiar “script”.

How to understand this rapidity, this dual expansion and promotion at the level of geography (Kazakhstan is the world’s largest landlocked country) and time (short week), as well as the technology or conceptual iteration behind it, especially in realpolitics, will become many developing countries and transformations.

The important issue of how to achieve stability and order in the threefold background of the world epidemic, economic weakness and geo-competition. Kazakhstan’s response in this regard is obviously insufficient.

Over the past three decades, the geopolitical space of Central Asia, including Kazakhstan, has undergone decisive changes.

The Central Asian space, which used to be part of the Soviet Union, has become a dominant world political unit, which is the biggest change. But at the same time, Kazakhstan experienced the biggest change, that is, Nazarbayev’s ultra-long rule period from 1989 to 2019, and still retains decision-making power in key areas after Tokayev’s presidency.

This invariance constitutes an important basis for us to understand why Kazakhstan can stand out in the 30 years of nation-building and development of the Central Asian countries, and also allows us to reflect on its inherent structural problems in this riot. Times are changing, and the past invariance has encountered new problems.

We always hope to learn from the experience and lessons of history. What the riots brought to Kazakhstan was a concentrated outbreak of various social contradictions hidden in the past 30 years of Kazakhstan’s independence under the seemingly solid state system.

At the same time, it also means that we should further understand the historical and realistic relationship between the transformation of Central Asian countries as a whole. Andre Gunder Frank, a famous scholar who once wrote the famous book Silver Capital, once had such a metaphor: “Central Asia is still a black hole in astronomy: it is a huge dark area or a huge dark area.

Central Asia is also at the center of the civilization where the peripheral people live, and the living space of these people is sucked into the black hole in the center. It is not clear where the civilized people and space will end and where they can penetrate with the people of Central Asia.

No civilization is pure and untouched. They are all formed or even defined in interaction with Central Asia. In addition, Central Asia is also a place where all the people on the outside and their civilizations meet and interact with each other.

This “black hole” trait in Central Asian politics and society, after the great transformation of the 19th and 20th centuries, suddenly appeared again at a moment we did not expect, which is more worth our observation and exploration.

As for what is going on inside the riot, there is still no conclusion, but whether it is the “color revolution” or the internal power struggle, it shows the fragility of its existing political and social structures, which is certainly not a problem for Kazakhstan alone. There is still a long way to go for the transformation and stability of Central Asian countries, including Kazakhstan.