Rivian strong rival of Tesla will produce its own batteries, A new factory is under preparation 2022 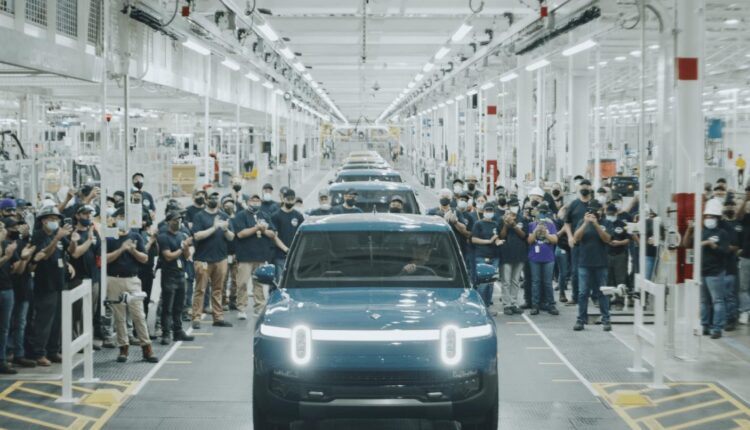 Rivian, a new force in electric vehicles in the United States, recently released news that it would independently develop and produce power batteries.

Rivian officials said they hope to improve the enterprise’s product ecosystem, especially product development and operation infrastructure, so as to improve product innovation ability and customer experience. At the same time, future product lineup will be further expanded.

In addition, in order to ensure production capacity and delivery, they decided to produce power batteries independently as an important supplement to third-party battery procurement.

I. The new factory has planned to be built or will jointly produce batteries

According to reports, Riv. plans to invest about $50 billion (about 323.5 billion yuan) to build a new factory near Fort Worth, Texas, USA, in August this year.

It is reported that Rivian’s CEO Scaringe has discussed the project with Arizona Governor Doug Duce. It is understood that this factory in Arizona will be used to produce batteries and whole vehicles.

According to foreign media, Rivi. battery supplier is Samsung SDI at present. R1T and R1S both adopt the 2170 cylindrical lithium-ion battery provided by it, while Samsung SDI is considering Rivian in Illinois, USA. Supporting factories are built near factories in Illinois.

Therefore, it is speculated that is likely to establish a joint venture with Samsung SDI instead of completely developing and producing power batteries independently.

They focuses on the segment of electric pickup trucks, and its product market performance is no less than Tesla‘s Cybertruck and traditional fuel pickup trucks.

At present, two models are being mass-produced, namely, electric SUV R1S and electric pickup R1T. Among them, Rivian R1T was officially unveiled in 2019, and the starting price of the new R1T Explore basic version will be $67500 (about 43.6 million yuan), which is expected to be launched in 2022.

According to reports, They just submitted an IPO application last Friday and plans to go public on the Nasdaq coded RIVN. Underwriters include Morgan Stanley, Goldman Sachs Group and JPMorgan Chase.

In fact, Rivian has now taken the lead, leading Tesla, Ford, General Motors and other well-known car companies, and has a certain first-mover advantage in the electric pickup subdivision track. But as more and more players join in, Rivian will also face a fierce battle in the future.

Rivian vertically integrated ecosystem is its unique competitive advantage. Rivian has already done a way in the electric pickup truck segment; this announcement of self-produced power batteries is a continuation of its vertical integration logic, With the continuous improvement of its industrial chain.

Can Rivian become the next Tesla?

Rivian company has been working from the beginning to take a large share in the electric car market.
Looking at the specifications and price (Retail Price (MSRP) around $67,500), we conclude that the competition will be strong, especially that the company is attracting investors strongly, and the market now needs a strong competitor to Tesla.
Also, it is revealed that it has nearly 150,000 initial orders for its battery-powered pickups which is great start for any company.