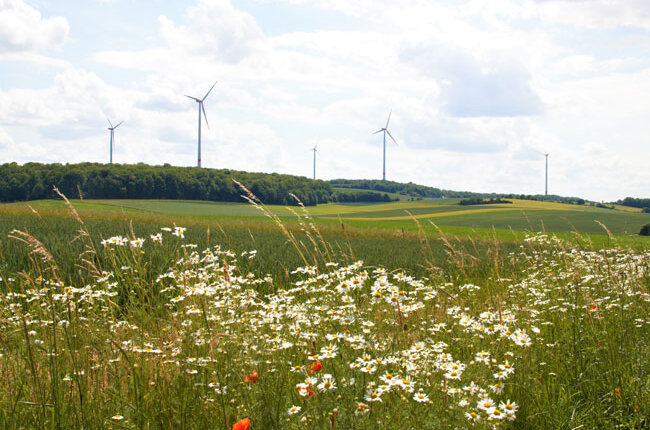 Salzgitter/Cologne – Salzgitter and ENGIE have concluded a power purchase agreement.

The agreement covers the supply of 250 GWh of electricity per year.

The contract will start in 2023 and will run until the end of 2025. The electricity comes from ten onshore wind farms in gan z Germany.

Some of these are wind farms that no longer receive funding under the Renewable Energy Sources Act (EGG). The wind farms will thus remain in place after the end of the EEG funding for the energy transition. Another part of the electricity comes from new plants that were connected to the grid at the end of 2021.

“The PPA with ENGIE is a very important building block for our transformation towards green steel and will enable us to melt down and process steel in the electric arc furnace with verifiably green electricity as early as next year.

With the mix of this PPA, which consists of wind farms in different regional locations with very different commissioning dates and therefore different technology standards for the respective wind turbines, we are aiming for the highest possible availability of onshore wind power,” emphasizes Ralph Schaper, Head of Energy Management at Salzgitter Flachstahl GmbH.

“We are very pleased to welcome the Salzgitter Group on the way to support decarbonization and believe that our contract is a landmark step in the steel industry. Right now, strong signals and trust in renewables are particularly important.

The PPA allows both urgently needed wind turbines to remain connected to the grid and new systems to be built,” says Sarah Drevermann, Senior Originator of ENGIE Energy Management Solutions.

ENGIE is one of the leading providers of PPAs worldwide and, with a volume of more than two terawatt hours, is one of the top three portfolio owners of post-EEG Attachments.

PB: Important milestone on the way to green steel: ENGIE and Salzgitter AG have concluded a power purchase agreement

Driven by the European Commission’s goal of carbon neutrality by 2050, SalzgitterAG, Germany’s second largest steel producer, announced that it will start providing low-carbon steel to all European steel mills operated by BMW after 2026.

In order to achieve the ambitious goal of carbon emission reduction, BMW, one of the traditional fuel vehicle giants, has just signed a cooperation agreement with the second low-carbon steel factory.

The German automaker announced on Tuesday that it plans to purchase more “low carbon dioxide emissions” steel in the next few years. Starting from 2026, Salzgitter AG, a German metal manufacturer, will provide so-called “low-carbon steel” for BMW’s European factories.

BMW aims to use low carbon dioxide emissions steel for more than 40 percent of vehicles made in Europe by 2030, which can reduce carbon emissions by 400,000 tons per year.

The start-up is committed to 95% carbon dioxide emissions from steel production and began to supply low-carbon steel to BMW in 2025.

Previously, steel usually needed to be manufactured in “dirty” coal-fired blast furnaces, but Salzgitter AG has developed a new process that is almost carbon-free.

These include electricity based on renewable energy and hydrogen generated during reuse electrolysis, and ultimately the company hopes to reduce carbon emissions to 5% of traditional processes.

Recycling and reuse is an excellent way to reduce the environmental impact of automobile manufacturing. The carbon dioxide emissions of recycled steel are about 50-80% lower than that of new steel.

BMW estimates that up to 25% of recycled steel will be used to make new materials, and will increase this number to 50% in 2030.

For reference, BMW current stamping plants in Europe use more than 500,000 tons of steel every year. Any effort to reduce the carbon footprint is an important step in the right direction.