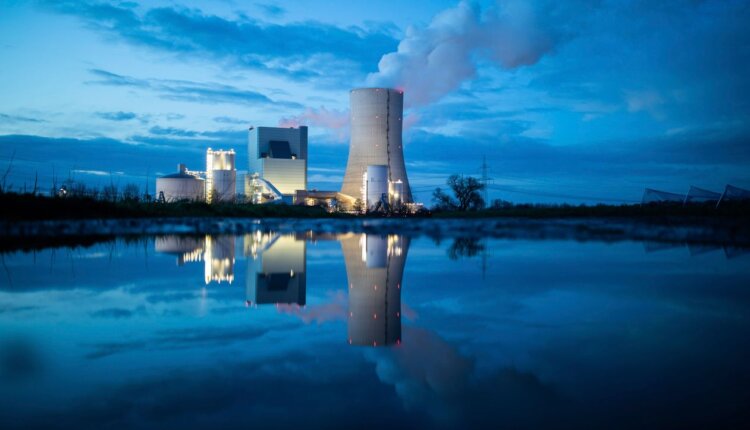 Concern about Scarce gas and massive energy crisis bottlenecks in the coming months is spreading in Europe.

One date is always at stake: July 11th. On that day, Nord Stream begins its annual maintenance work, which usually lasts ten days. Meanwhile, no gas is flowing through Nord Stream 1. It is questionable whether Russia will turn on the gas tap again after the maintenance.

The President of the German Federal Network Agency , Klaus Müller , already fears a total failure of Russian gas supplies – and appeals to the population to save energy.

The question is whether the upcoming regular maintenance of the Nord Stream 1 gas pipeline “will become a longer-lasting political maintenance,” Müller told the newspapers of the Funke media group. If the gas flow from Russia “is motivated to be lowered for a longer period of time, we have to talk more seriously about savings”. The twelve weeks before the start of the heating season must be used to make preparations.

In addition, Müller warned of permanent consequences for private natural gas consumers if the energy crisis should lead to a local gas shortage. “The moment the pressure in the gas network in a region falls below a certain minimum, the fuse in hundreds of thousands of gas boilers would suddenly kick in,” Müller told the newspapers of the Funke Mediengruppe.

They would have to be manually activated again by trained specialists if gas was available in the region again. Nobody can want such a scenario because it would take a very long time to restore the gas supply which will increase scarce gas situation.

It will therefore always be the aim of the Federal Network Agency to order reductions in industrial consumption if necessary, said Müller, “so that this scenario does not occur”. Almost every second of the approximately 43 million apartments in Germany is heated with gas.

Economics Minister Robert Habeck made it clear again this week that he fears a complete lack of Russian gas supplies from Nord Stream. From July 11, there is a threat of “a total blockade of Nord Stream 1,” said the Green politician. That’s why it could be very problematic in winter.
Association warns of chaos at public utilities.

However, the network agency sees “no scenario in which no more gas comes to Germany”. If industrial companies had to be separated from the gas supply, “we orient ourselves to the business damage, the economic damage, the social consequences and also the technical requirements of the gas network operation,” said Müller with a view to possible prioritization.

In view of the turbulence at Germany’s largest gas supplier Uniper, the Association of Municipal Companies (VKU) is now warning of a chain reaction – which could also affect the German public utilities. These are responsible for the basic supply of the population in cities, communities or regions: for example with energy, but also with services such as local public transport, waste and sewage disposal or the operation of swimming pools. Many municipal utilities buy their gas from Uniper.

The energy company had asked the state for help in view of the high gas prices resulting from the Ukraine war. Company boss Klaus-Dieter Maubach confirmed talks with the federal government on stabilization measures on Thursday. According to SPIEGEL information, a state participation is also conceivable. “energy crisis”

The federal government is ready to act at Uniper, said VKU general manager Ingbert Liebing of the “Rheinische Post”. “What urgently needs to happen now is an adjustment of the Energy Security Act with better instruments to curb the price spiral and maintain security of supply.”

Liebing warned against passing on the increased procurement costs directly to end customers as provided for in Section 24 of the Energy Security Act, which has not yet come into force.
Simply passing on prices does little to help the public utility company. Many customers could not pay the higher prices. “That, in turn, would also bring many of our actually very healthy municipal utilities into liquidity problems and, in the worst case, to the brink of insolvency,” predicted the VKU boss. “If a critical mass of public utilities were to collapse, that could trigger a chain reaction.”

In the meantime, the Hamburg Senator for the Environment, Jens Kerstan (Greens), has announced that the volume of hot water for private households will be limited in the event of a gas emergency in the Hanseatic city. “In an acute gas shortage, warm water could only be made available at certain times of the day in an emergency,” Kerstan.

A general reduction of the maximum room temperature in the district heating network« could also be considered.
It will not be possible everywhere in Hamburg for technical reasons alone, in the event of a Distinguish gas shortages between commercial and private customers,” Kerstan continued.

However, if we do not manage to save enough gas in the large companies, we could face delivery restrictions that may then affect individual parts of the city.

Meanwhile, the Norwegian government assumes that it will be able to supply more gas – but possibly only from 2024. “Companies are now considering projects to be able to increase their gas supplies from 2024 and 2025,” says Terje Aasland, Norway’s oil and energy minister, who ” Business Week.

The crisis in the energy sector will have long-term effects. We need to focus on investing in new gas production capacity.” Never before have Norwegian companies exported as much natural gas from the Norwegian continental shelf as they do now. We support our European friends in being able to act independently of Russian oil and gas as quickly as possible.

Not only gas and heating oil are becoming more expensive: the electricity exchanges are also chasing records. Consumers have to fear even expensive electricity prices. The sharp rise in the cost of fossil fuels is driving up prices on Europe electricity markets.