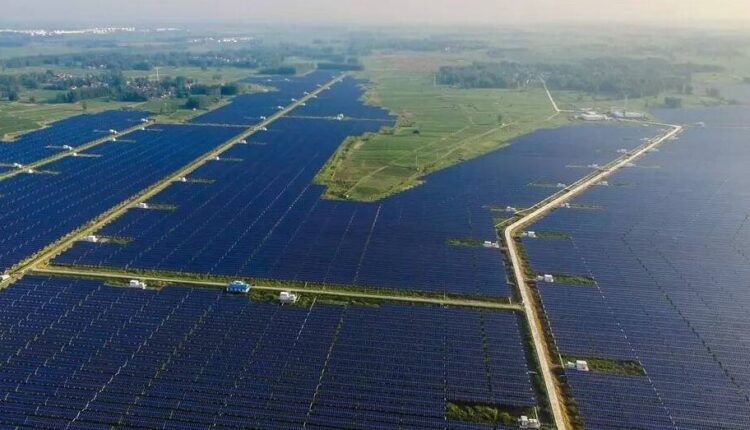 Solar Energy Industry Association (SEIA) stated that it is increasing its USA Solar Energy target goal-by 2030, solar energy will account for 30% of the USA electricity generation, that is, to achieve 850 GW of installed solar power.

The organization previous USA Solar Energy target goal was to 2030 Solar energy accounts for 20%. SEIA stated that this revision is in line with the Biden government’s clean energy goals and takes into account the increasing urgency of tackling climate change and reducing carbon emissions in the power sector.

As Congress debates infrastructure and budget legislation, United States is facing an unprecedented opportunity to build a strong clean energy economy, and solar energy (Solar Installed Capacity) will be the main source of new electricity this decade.

As of the first half of 2021, solar energy accounted for 56% of all new power generation, but the current growth rate is not enough to effectively address climate change.

In order to achieve the clean energy goal of 30% solar energy by 2030, the current deployment speed of the US solar industry must be doubled. Without strong long-term policy investment, solar energy will only account for 15% of power generation by 2030, far below the level required to reduce carbon emissions and combat climate change as a USA Solar Energy target.

If the proportion of solar energy in this industry reaches 30% by 2030, the solar energy and energy storage industry will add 1 million laborers and increase investment by more than 800 billion US dollars.

SEIA also pointed out that this goal is a key step in tackling climate change. Using solar energy to meet 30% of the USA energy supply will reduce carbon emissions in the power sector by 50%.

In addition, the goal also emphasizes the provision of deterministic policies and measures for companies. An important opportunity for long-term investment in the US manufacturing industry instead of depend on importing solar panels and other parts so avoid the situation happened already with The largest photovoltaic station in Europe which is made in China!

The completion of this project has made an important contribution to the global realization of the “carbon peak and carbon neutral” strategy promised by the Chinese government, and has established a good foundation for countries around the world to carry out energy and environmental protection cooperation, accelerate energy transformation, and achieve sustainable development.

It is reported that Portugal Solara4 photovoltaic power station can generate 382 billion watt-hours of electricity annually, Solar Installed Capacity is equivalent to the electricity consumption of 200,000 households. While providing Portugal with high efficiency and environmentally friendly energy, it effectively reduces carbon dioxide emissions by 330,000 tons.

During the construction period, the team overcame the impact of the epidemic and successfully completed a series of works such as engineering design, engineering construction, equipment installation, and commissioning with world-class independent core technology and equipment, fully complying with European standards and local government regulations.

so, will USA back to solar energy technology and Industry lead while achieving USA Solar Energy Target ?