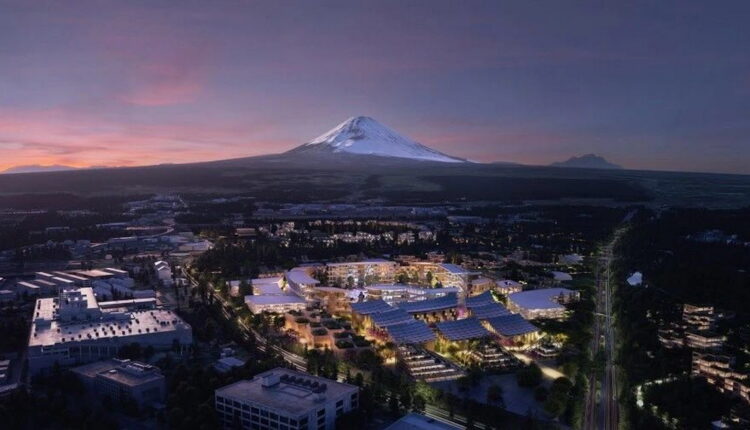 According to the Forbes Biweekly website on July 26, Japanese car manufacturer Toyota is striving to build a “smart city” – “Woven City”, which means weaving cities into one with various intelligent technologies. Toyota envisions that the city will accommodate about 2,000 people and serve as a research and testing platform for self-driving, smart home and artificial intelligence.

The “Woven City” will be located at the foot of Mount Fuji in Japan. Covering 175 acres (about 708,000 square meters), it will be a fully autonomous community. At the beginning, the plan is centered on the elderly, families with children, inventors, attracting about 360 people to live in, and will accommodate 20 people, including Toyota employees. More than 200 residents live here, creating an environment that can realize invention and solve social problems at any time. People will also test new technologies such as self-driving, robots, smart home networking and artificial intelligence in real environments.

The concept of “Woven City” is that all people, buildings and vehicles can be interconnected through real-time data and embedded sensors. This connectivity will enable Toyota to test the performance of advanced artificial intelligence technology in the real world with minimal risk.

The city plans to achieve complete sustainable development, and the fully interconnected ecosystem will be powered by clean energy such as solar panels, hydrogen fuel cells and geothermal energy on the roof. Most of the buildings are made of carbon-neutral wood, using traditional Japanese woodworking combined robot production methods to minimize the carbon footprint.

Toyota also plans to plant natural vegetation and hydroponic plants outdoors throughout the city. Home robots will use the interconnection of sensor-based artificial intelligence to do something within their ability to take care of the basic needs of residents and improve daily life, such as shopping, filling refrigerators, throwing away garbage, caring for patients, etc.

In addition to the infrastructure, underground also has hydrogen storage and water filtration systems. In addition, there is an automatic delivery system connected to buildings on the ground floor.

According to the report, “Woven City” will become a city customized for self-driving cars. In the future, zero-emission, self-driving cars will be used as a means of transportation for the city’s residents. Toyota is likely to use the electronic pallet self-delivery vehicle designed by the company for the Tokyo Olympics to transport goods throughout the city.

In order to fully adopt self-driving cars, cities need to fully connect to the Internet and transmit a large amount of data to cars. The ubiquitous sensors and cameras can provide this data to the car, including everything from weather patterns to cyclists’ behavior. Once the self-driving car has this data, it can be analyzed and processed, and it can be used to safely drive in the city.

The current modern city is not built like this, which is why Toyota wants to build a “woven city” full of sensors from scratch. The new city will allow car companies to try a new urban infrastructure so that they can create safer systems.

In April this year, Akio Toyoda said to the media: “The advanced technology of the future also includes the digital operating system as the fundamental to urban infrastructure construction. In order to promote the development of these technologies, it is also a very rare opportunity to build urban blocks from scratch (even small-scale). We believe that by realistically validating future technologies like AI in the virtual and real worlds, connecting goods and services like people, buildings, cars, etc. that live in the city with information data, the city can be maximized.”

Toyota said that “Woven City” will explore ways to stimulate human interaction in urban space. After all, connecting people will bring more happiness and happiness, improve productivity and promote innovation.