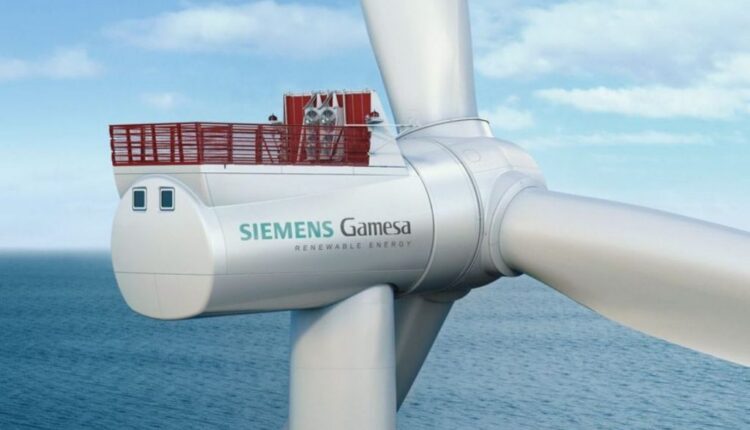 “The combination of Siemens Energy and Siemens Gamesa will be in a unique position in the development of this subversive solution. We can take advantage of highly flexible electrolytic cell technology and create and redefine sustainable offshore energy production in the future.”

Christian Bruch, CEO of Siemens Energy, said so. Recently, Siemens Energy and Siemens Gamesa announced that the two sides are working together to combine their ongoing development of wind power hydrogen production. The two sides will integrate the development results in this field into an innovative solution, which fully integrates the electrolytic cell into the offshore fan and directly generates it with a single machine collaborative system. Green hydrogen.

In order to achieve the goals of the Paris Agreement, there is an urgent need for a large amount of green hydrogen energy worldwide, and wind power can provide a large part of the electricity needed for green hydrogen production. At present, the annual global hydrogen production capacity is about 80 million tons, and an additional 20 million tons are expected to be added in 2030.

However, at present, only 1% of hydrogen production comes from green energy, most of which comes from natural gas and coal, and carbon dioxide emissions per year are as high as 830 million tons, exceeding that of Germany or global shipping. Industrial emissions. It takes 820 GW of installed wind power to replace the current pollution consumption, which is far more than 26% of the current global total installed capacity of wind power.

Siemens Gamesa will modify the world’s largest offshore wind turbine SG14-222DD, which it has developed, and seamlessly integrate the electrolytic cell system into the fan. With its expertise and rich experience in offshore wind power, Siemens Gamesa ensures that power loss is minimized.

“Siemens Gamesa has more than 30 years of industry experience in offshore wind power. Combined with Siemens Energy’s professional advantages in electrolysis hydrogen production, the two sides will work together to bring together advanced technology to deal with the climate crisis.

Siemens Gamesa fans not only play an important role in the decarbonization process of the global energy system, but also have great potential in the field of wind power hydrogen production, which means that we can also help industries that are difficult to reduce emissions to achieve carbonization. Andreas Norn, CEO of Siemens Gamesa, said.

The offshore wind power hydrogen production solution project adopts a modular approach, which not only ensures reliable and efficient operation settings, but also realizes large-scale expansion. Siemens Energy will develop a brand-new electrolytic product, which can cope with the harsh environment at sea and perfectly synchronize with the fan, setting a new benchmark for the green hydrogen production industry.

Christian Bruch said that as the project progressed, areas rich in offshore wind energy can also fully tap the economic potential of hydrogen energy, which is also an important example of the reduction of the economic carbon footprint by both sides by storing and transporting wind energy.

Large-scale and low-cost hydrogen production will be achieved.

The solution can open up more and better wind fields while reducing costs by producing hydrogen off grid. As a pilot, the project has turned “large-scale and low-cost hydrogen production” into reality, and can also prove the reliability and effectiveness of fans in renewable energy hydrogen production systems.

It is worth mentioning that the plan will be implemented within the framework of the creative competition of the German Federal Ministry of Education and Research “Germany: Hydrogen Energy Republic”.

This research and development project is part of the “H2Mare” project, which is expected to be supported by the creative competition “Germany: Hydrogen Republiation” of the German Federal Ministry of Education and Research. The H2mare initiative led by Siemens Energy is a modular project consisting of multiple sub-projects, involving more than 30 partners from industry and research institutions.

The UK has funded £10 million to promote the research and development of new battery technology.