Can sodium ion batteries in the Ningde era become the mainstream Award choice of electric vehicles 2022 ? 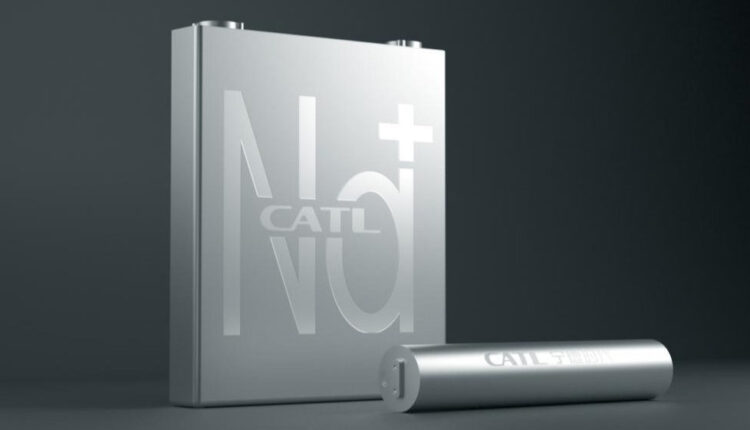 Ningde era released the first generation of sodium ion batteries through online press conferences. For a long time, the technical route in the field of power batteries has been concentrated on lithium iron phosphate and lithium ternary electricity. In the Ningde era, which has been cultivated in the field of lithium electricity for many years and has become a leading enterprise, why did sodium ion batteries be launched at this time?

The research and development of sodium ion batteries has long begun in the Ningde era. Three years ago, Zeng Yuqun, chairman of Ningde Times, mentioned that the sodium-ion battery in Ningde era is also very good, but the cost is more expensive than lithium batteries, because there is no industrial chain. At present, some people believe that it is not ruled out that the Ningde era has made a certain breakthrough in this field, and it is also related to the pressure on the industrial chain brought about by the price increase in the upstream material industry this year.

Secondly, although the cost of sodium-ion batteries themselves is relatively low, with a price of about 1,000 yuan per ton, which is far lower than lithium carbonate, a research report of Northeast Securities mentioned that although the use of relatively cheap metals to reduce the cost of raw materials, low energy density means more auxiliary materials and manufacturing costs, so the current sodium The actual production cost of batteries has no significant advantage.

Thirdly, although theoretically, the extraction cost of sodium battery raw materials is much lower than lithium resources, (Since the physical and electrochemical properties of sodium differ from those of lithium, the materials generally used for lithium-ion batteries, or even their sodium-containing analogues, are not always suitable for sodium-ion batteries) and it is rich in sodium in seawater and China’s salt lakes, Yu Qingjiao, secretary-general of Zhongguancun New Battery Technology Innovation Alliance and chairman of the Battery 100 Association, told reporters that salt lakes also contain a large amount of lithium resources. At present, our country has not done well in salt lake lithium extraction, and the salt lake sodium extraction industry chain is not mature.

He believes that from the perspective of application, sodium ion batteries do have certain application scenarios in two-wheel electric vehicles and energy storage, and the whole power battery route will be more diversified and complementary in the future. But in the current and medium term, lithium batteries will still be the mainstream route.” Whether in the fields of loading or energy storage, it has huge application space and application cases, and the industrial chain is relatively perfect. In addition, in terms of fast charging.

In fact, charging efficiency is also closely related to charging piles. Yu Qingjiao believes that there is still a lot of room for improvement and micro-innovation of domestic ternary lithium electricity in terms of quality improvement, technology, energy density and safety. The analysis of Northeast Securities also believes that compared with ternary lithium batteries, the demand for sodium ions and new energy vehicle batteries is low, and there is no possibility to replace lithium batteries as the mainstream technology in the power field.

Yu Qingjiao said that the National Development and Reform Commission and the National Energy Administration recently issued the Guiding Opinions on Accelerating the Development of New Energy Storage, which mentioned that accelerating the large-scale test demonstration of flywheel energy storage, sodium ion batteries and other technologies in the field of energy storage, which is a good direction for the future development of sodium ion batteries. He believes that for enterprises like the Ningde era, multiple technologies coexist, and one more technology route can have one more application scenario, which is also conducive to expanding market share.

According to the technical details displayed by Ningde Times at the press conference yesterday, it is obviously not only intended to apply sodium ion batteries to the field of energy storage, but also hopes to expand its application scenarios through new technical solutions.

Some people are talking about the chemical system of batteries that are already difficult to innovate, and can only make some improvements in physical structure. We believe that the world of electrochemistry is much more unknown than known, and we are happy to explore the mysteries of it.” Zeng Yuqun said.

However, the Ningde era is still facing the problem of improving the sodium ion battery industry chain, although the company said it plans to form a basic industrial chain by 2023. However, Yu Qingjiao believes that at present, the industrial chain of lithium batteries, whether in equipment, minerals or six major materials, has made a lot of money. Although the Ningde era has appeal in the industry, whether the upstream and downstream are willing to invest in the sodium ion battery route has a lot to do with the technical reserves, route balance and long-term and short-term interests of each company. Therefore, the maturity of the technical route and industrial chain remains to be seen.

Biden wants American car companies Quick that electric cars account for 40% by 2030. Who will be the winner?