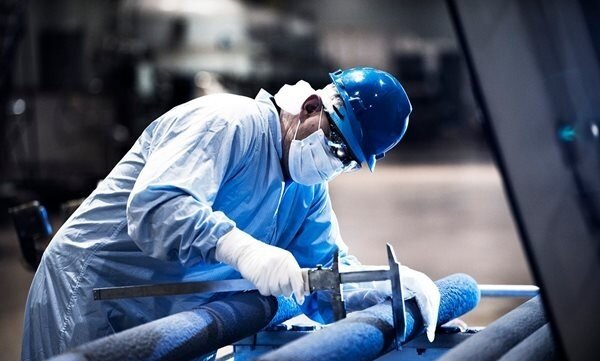 In doing so, REC Silicon intends to make large quantities of cost-effective, high-quality, low-carbon polysilicon available to the solar industry. “We are confident that with the passage of the Anti-Inflation Act, which includes SEMA, the entire solar supply chain will be fully established in the US,” said James A. May II, CEO of REC Silicon.

REC Silicon and Mississippi intend to negotiate an agreement to work together. The companies want to help build a low-carbon and fully traceable solar supply chain in the United States.

The Hanwha Group recent investment in REC Silicon, made in conjunction with Hanwha subsidiary Qcells, has prompted REC to expand its relationship with Mississippi Silicon. The aim is to develop an end-to-end US solar supply chain from raw silicon through polysilicon to fully assembled photovoltaic modules.

The passage of Senator Jon Ossoff’s Solar Energy Manufacturing for America Act (SEMA) as part of a comprehensive clean energy stimulus package included in the Inflation Reduction Act makes such plans immediately possible, according to REC.

Mississippi Silicon is the first new silicon metal plant in North America in forty years. The plant is located in the northeast corner of the state of Mississippi.

This means it should be strategically located. In addition, the silicon metal plant has the high-quality process and environmental controls that are supposed to make it possible to operate one of the most efficient and cleanest silicon flour plants in the world.

Eddie Boardwine, CEO of Mississippi Silicon, said, “We founded Mississippi Silicon nearly ten years ago to provide high quality silicon metal to the US solar, electronics and chemical industries. We are pleased with the growing recognition of the importance of a strong end-to-end US supply chain for these materials.” With the passage of the Solar Energy Manufacturing for America Act, that supply chain is now a reality.

The Norwegian investment company Aker Horizon ASA will hand over all its shares in the silicon manufacturer REC Silicon ASA to the Korean industrial group Hanwha Corporation and its subsidiary Hanwha Solutions Corporation for 1.4 billion Norwegian kroner (145 million euros).

Hanwha will then hold one third of the shares in REC Silicon. The transaction is to be completed by the annual meeting of REC Silicon shareholders taking place in May and must first be approved by the competent authorities of the USA, where REC Silicon operates mainly with two silicon factories.

Hanwha, whose photovoltaic division operates, among other things, the largest solar module factory in the USA and is overall one of the largest solar companies in the world, has “the right expertise” to support REC Silicon in the planned reopening of silicon production in Moses Lake (US state of Washington), which was shut down in July 2019, according to a similar communication from REC Silicon and Aker Horizon.

An equal number of shares remained with Aker Horizon at the time. The two companies thus held the two largest share packages to REC Silicon. With the current transaction, Hanwha becomes by far the largest shareholder at 33.34 percent.

Who is Aker Horizons ?

Aker Horizons ASA is a planet-positive investment company dedicated to developing companies within renewable energy and other technologies that reduce emissions or promote sustainable living.