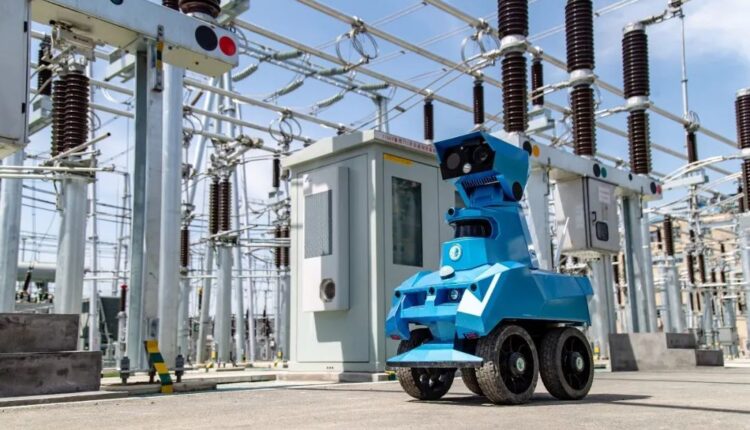 TBEA Power mainly benefiting from the sharp rise in the price of silicon materials, the profitability of the new energy business has rebounded significantly, and the technological transformation and expansion of silicon materials have been accelerated to promote the continuous strengthening of competitiveness, at the same time, the company’s power transmission and transformation and energy businesses have maintained steady development, business synergy and market Increased competitiveness.

The performance is in line with expectations, the non-financial income has increased significantly, and the ability to collect funds has improved.

TBEA Power gross profit margin in 2021H1 reached 24.9% (a year-on-year increase of 4.1 pcts), of which Q2 gross profit margin was 26.3% (a year-on-year increase of 6.9 pcts and a month-on-month increase of 3.4 pcts). Benefited from the substantial increase in polysilicon prices, the company’s business profitability Capacity has been significantly improved and due to the listing of the company’s investment in China Southern Power’s stock, the fair value calculated from the closing price of China Southern Power’s stock has increased, resulting in a substantial increase in non-financial earnings.

TBEA Power net cash flow from operating activities in 2021H1 was 4.745 billion yuan (a year-on-year increase of 225.7%), and its cash collection capability was significantly improved.

The profitability of the polysilicon business has increased significantly, and the development costs of new energy power stations have been under short-term pressure.

In addition, TBEA Power subsidiary Xinte Energy has obtained a new parity grid project index of over 1GW in 2021H1, completed photovoltaic wind power projects with a total installed capacity of 550MW, realized power station development business revenue of 2.99 billion yuan (a year-on-year increase of 134.2%), and a gross profit margin of 9.9 % (Year-on-year decrease of 2.7pcts), the decline in gross profit margin was mainly affected by the increase in cost driven by the price increase of raw materials.

The domestic power transmission and transformation business has developed steadily, and the overseas complete project business has been affected by the epidemic in the short term.

TBEA Power, power transmission and transformation project business income was 536 million yuan ( A year-on-year decrease of 71.2%) and a gross profit margin of 9.1% (a year-on-year decrease of 7.7pcts), mainly due to the slow construction progress of overseas projects affected by the epidemic, and the increase in investment in epidemic prevention. As the overseas epidemic is gradually brought under control, it is expected Ushered in a significant recovery.

The revenue from power generation has grown rapidly, and the competitiveness of the coal business has improved.

At the same time, TBEA Power increased its coal business market development in 2021H1, coal sales increased steadily, business revenue reached 2.746 billion yuan (a year-on-year increase of 8.4%), and a gross profit margin of 33.1% (a year-on-year decrease of 0.6pct). In 2020, the company implemented the upgrade project of the South Open-pit Coal Mine and the Jiangjun Gobi No. 2 Open-pit Coal Mine. After completion, the annual production capacity of the South Open-pit Coal Mine will reach 30 million tons, and the second mine will have a production capacity of 20 million tons. The market competitiveness will be further strengthened.

After the formation of new Afghan government, atta will go abroad to impress set up embassy