Tesla AI Humanoid Robot ! is holding back its big move: the self-developed chip D1 is just an appetizer and the humanoid robot is the real Core Diamond 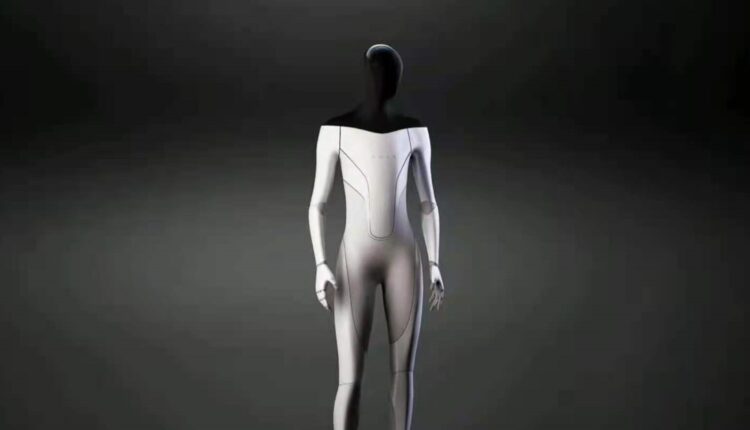 Humanoid Robot Chip D1 of Tesla AI : As in the previous announcement, several Atlas engineers took the stage one after another and introduced the AI software and hardware achievements such as the pure vision autopilot system, FSD software, and Dojo supercomputer system.

Just after the audience said “this is it,” Musk suddenly took the stage and announced the biggest Diamond of this AI Day: a simulated humanoid robot .

What’s interesting is that because the robot is only a model, Musk had to find an actor to pretend to be a robot for a dance.

Finally, Musk did not forget to put up an advertisement: If you want to build a robot quickly, come to our website to submit your resume !

After watching the robot, let’s first return to the theme of this Tesla AI Day: Autonomous Driving Technology .

As a player who is still insisting on “pure vision”, Tesla showed us a set of mature pure vision solutions.

In the words of Tesla AI chief Andrej Karpathy:

Autopilot system can be regarded as a kind of creature . When Tesla designed the car’s vision system, it also achieved brains, nerves, and eyes.

At present, Tesla’s pure vision solution has eight cameras , behind which is a set of multi-task learning neural networks called HydraNets (Hydra Networks) .

Unlike the previous neural network, this time Tesla has carried out a redesign iteration.

Information from different cameras can be distributed to neural networks for different tasks (such as target detection, traffic lights and lane prediction), and ultimately generate the decision-making basis for the entire autonomous driving system.

What’s interesting is that when the image captured by the camera is not clear enough, this neural network can also enhance the image .

Karpathy pointed out that in the same scenario, the recognition rate of a single-camera solution is significantly lower than that of a multi-camera solution.

Although it is only an increase in number, it greatly improves the stability of autonomous driving .

Finally, when Karpathy talked about the common data labeling problems of AI companies, it is not good to outsource the data to a third party to do manual labeling, so Tesla chose to build a team to mark the data, and it has been upgraded from 2D image labeling. Mark to 4D vector space.

This system shows how Tesla’s pure vision solution can solve the problems that may arise during driving: for example, when other cars are driving together, how the autopilot can correctly guide the car to drive, how to consider the operation of other cars, etc.

In the speech, Elluswamy did not forget to “tunt” millimeter wave radar: the so-called radar is very redundant.

This week, Tesla pushed the latest Beta version of FSD (Fully Self Driving). In the future, all users will be able to experience pure visual auto-assisted driving technology based on cameras and AI intelligent algorithms.

The software is there, and the hardware can’t be ambiguous

Last year, Musk stated that he will build a supercomputer to train the entire set of autonomous driving systems including Autopilot.

At the CVPR 2021 scene in June this year, Tesla also demonstrated the relevant performance of this supercomputer named “Dojo”.

At that time, this supercomputer used 5760 Nvidia’s A100 GPUs, with a total computing power of 1.8EFLOPS and a read and write speed of up to 1.6TBps. It was once considered to surpass the world’s number one supercomputer Fuyue.

Milan Kovac, the engineering director of Tesla’s Autopilot, took the stage to show off the “behemoth” in the chip industry.

This chip is based on a 7nm process , includes 50 billion transistors, built-in 354 training nodes, only the internal circuit is 17.7 kilometers long, the calculation power is up to 362TFLOPs under BF16 accuracy, and the on-chip bandwidth is 10TBps/dir.

Even more frightening is that such a large chip consumes only 400W. And 25 D1 chips are combined to form the final version of Dojo.

According to Tesla engineers, this is the strongest chip on the market.

And 25 D1 chips are combined to form the final version of Dojo.

Milan Kovac introduced that Dojo currently has more than 500,000 training nodes, each module has a computing power of 9 petaflops, and an out-of-block bandwidth of 36 TB per second. Currently, Dojo only focuses on training autonomous vehicles .

But this is far from over. Dojo with 25 D1 chips is already the strongest in the world, then combining 120 Dojos together will become the “strongest king” in the supercomputer world-ExaPOD.

It has 3000 D1 chips and more than 1 million training nodes. The computing power reaches 1.1EFLOP.

Moreover, the performance per unit of energy consumption is 1.3 times higher than that of today’s most powerful supercomputers, but the carbon emissions are only 1/5.

If Tesla is really realized, then the throne of the supercomputer industry will be occupied by a car company.

Just after everyone thought the press conference was about to end, a weirdly dressed actor suddenly came to the stage for a strong dance.

After the dance, Musk took the stage again and announced the biggest surprise of this Tesla AI Day: humanoid robots.

In order to maintain balance, this robot uses 40 electromechanical push rods for its limbs.

The point is here, this humanoid robot will be equipped with all important Tesla technologies : Autopilot camera, built-in Tesla self-developed chip, and also includes the previously announced multi-camera video neural network, as well as planning and marking capabilities.

At this time, people suddenly realized: Musk has done so many technologies just to be a robot!

According to Musk’s wishes, this robot can complete some complex tasks , including simple instructions such as shopping on the streets, picking up items, etc.: “I think in the future, physical work will be a choice. You can do it if you want, but you don’t. It’s okay.”

Some netizens also said: Will Musk make a robot to prepare for his future trip to Mars?

But with characteristic “habitual stood up,” the Musk point of view, next year I have really see Tesla robot that moves you?

Studies found that blue hydrogen has a greater impact on the climate than coal, natural gas and diesel