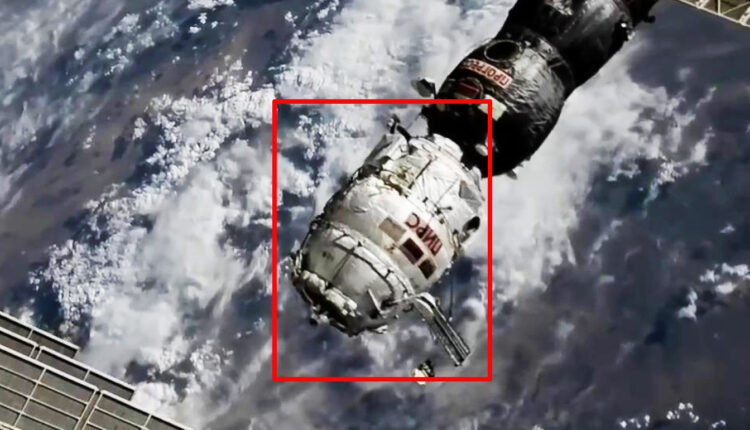 At present, the Russian Science laboratory module has run out of fuel, the engine has been shut down, and the space station has been reset. Russia will lead the investigation of the incident, and NASA engineers will also participate.

About three hours after the docking was completed, before the Russian astronauts were ready to open the hatch and enter the Science, the computer on the computer on the Science mistakenly believed that the docking was not completed, causing the posture adjustment engine to continue to spray. The automatic control system of the International Space Station quickly found a problem and began a “tug-of-war” competition with Science.

The space station began to start the attitude adjustment engine of the Star service module and the Progress MS-17 spacecraft, trying to correct the angle reversal of the space station caused by the random injection of Science. This “tug-of-war” until Science ran out of time. The propellant was only over.

After the International Space Station regained control, the station as a whole deflected 45 degrees and ran out of control for 47 minutes.

The seven astronauts on the station were in good condition, but the Endeavor Dragon spacecraft was ready to lead the astronauts to evacuate at any time during this period. At present, the 45 degrees of the space station’s deflection has been corrected, but the attitude adjustment engine of the Science may face scrapping in the future.

The engine of the Russian Science laboratory module unexpectedly started work at 00:45 Beijing time on July 30. Russian astronauts earlier opened a hatch between Star and Science, and later closed it at the request of the ground. After the docking was completed, Russian astronaut Oleg Nowitzki reported to the Moscow Regional Flight Control Center that the Science test module suddenly ignited automatically. “I can confirm that the engine is still running and we can feel it,” Nowitzki said.

The Science Experiment Module was built in 1995 as the ground backup module module module of Dawn, the International Space Station at that time. It was originally scheduled for launch in 2007, but was postponed for other reasons, first to 2009 and then to 2014. After that, due to lack of Funding and some technical problems have been postponed to now.

The Russian Science laboratory module is 13 meters long, with a maximum diameter of 4.11 meters, a mass of 20.3 tons and a tight space of 70 cubic meters. The Science laboratory module has the function of a core module, equipped with life support function and more cargo storage space, beds for astronauts and convenient toilets, as well as water regeneration system, Oxygen regeneration system is of great help to improve the living conditions of astronauts in the Russian module of the International Space Station.

Affected by the docking, NASA and Boeing decided to postpone the second Orbital Flight Test (OFT-2) of the Star Line spacecraft.

The Zhurong rover has worked for 75 Epic Martian days and continue to move south.