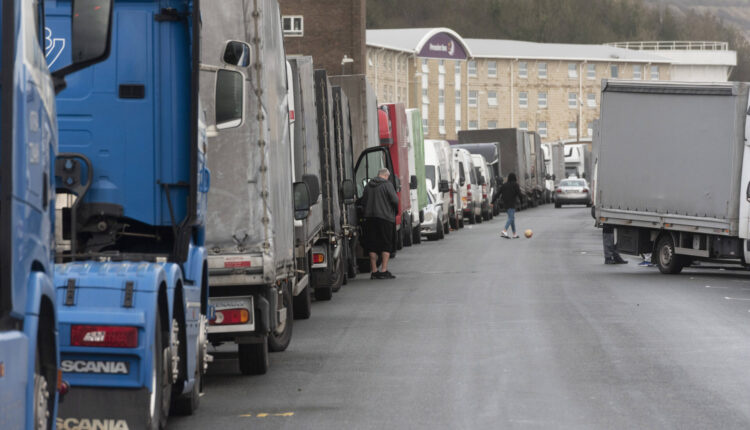 In order to alleviate the crisis of UK Truck shortage, transportation of goods such as fuel and food in the country, the British government is preparing to issue temporary visas for 5,000 foreign truck drivers.

Business leaders warned that this decision was only a short-term solution that could not solve the serious UK Truck drivers shortage, and retailers were still likely to face major supply disruptions during the Christmas season.

On Saturday, cars lined up at the gas station for the second consecutive day, and drivers had to wait for hours to refuel. Due to the lack of truck drivers, there are problems in oil transportation from refineries to gas stations, which forces some operators to supply them rations while others have to close gas stations.

BP said last week that dozens or even hundreds of its 1,200 gas stations in the UK are currently short of oil.

Not only gas stations, but also supermarkets are out of stock. Retail in the UK has warned that unless the driver shortage is solved, there will be a bigger problem before the busy holiday shopping season.

The British Road Transport Association (RHA) said that the UK is facing a shortage of about 100,000 drivers due to the departure of many workers from the industry, Brexit, and the suspension of driver training and testing for nearly a year due to the epidemic.

Faced with an increasingly serious situation, British Cabinet Ministers held an emergency meeting on the 24th to discuss countermeasures. According to the British government’s plan, 5,000 heavy truck drivers will be able to come to the UK with temporary visas, while another 5,500 visas will be issued to poultry workers to “avide any potential pressure on the food industry”.

These short-term visas will expire on December 24, and the British government has previously refused to provide them, despite repeated calls from retail and logistics companies to take action.

In addition, the government will train 4,000 people to become new UK Truck Drivers, send letters to bring nearly 1 million drivers with heavy vehicle license plates back to the industry, and will speed up the driver testing process.

Grant Shapps, the British Transport Minister, pointed out in a statement that after 18 very difficult months, this Christmas is very important to everyone, so measures should be taken as soon as possible to ensure a good holiday. However, he also said that visas are not a long-term solution, and all walks of life must play their part in hiring more UK Truck Drivers with better wages and conditions.

Andrew Opie, director of food and sustainable development at the British Retail Consortium, warned on Friday that the government only has 10 days to solve the driver shortage, but the plan is not enough. The association believes that if UK Truck Drivers are not replenished for the next 10 days, there will be serious problems in stocking this Christmas.

“5,000 visas will not help solve the current driver shortage.” Opie said. Major supermarkets in the UK alone estimate that they need at least 15,000 load truck drivers to operate at full capacity before Christmas to avoid supply interruptions.

Others warned that European drivers may not want to return to work in the UK.” I don’t expect many drivers to return to the UK even if the British government allows it,” said Marco DiGioa, Secretary-General of the European Road Transport Association.