The Zhurong rover has worked for 75 Epic Martian days and continue to move south. 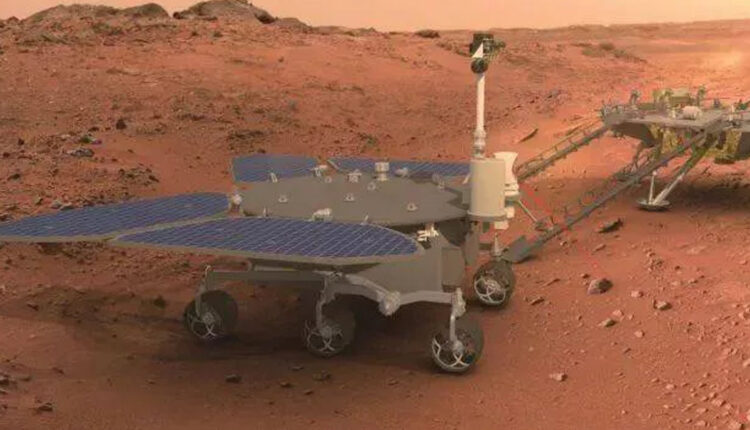 After completing the scientific exploration of the second dune landscape, the Zhurong rover continued to move southward, reaching a complex terrain area with dense distribution of stones, impact craters and dunes this week.

In the future, the Zhurong rover ground flight controllers will complete the visual positioning and movement path planning of the rover based on the navigation terrain images obtained daily, and control the rover’s safe passage through this complex terrain.

When passing by an interested scientific exploration target, the Mars rover will use scientific loads such as surface composition detectors and multispectral cameras to carry out detailed exploration of them. During the crossing, surface magnetic field detector, Mars meteorological surveyorometer, subsurface detection radar and other start-up work to obtain scientific data.

As of July 30, 2021, the rover has worked on the surface of Mars for 75 Mars days, and the orbiter has been in orbit for 372 days. The two instruments are in good condition and the systems are in normal condition.

Popular TCL technology: After the “last battle” of the LCD industry, where is the way to go in the next decade?