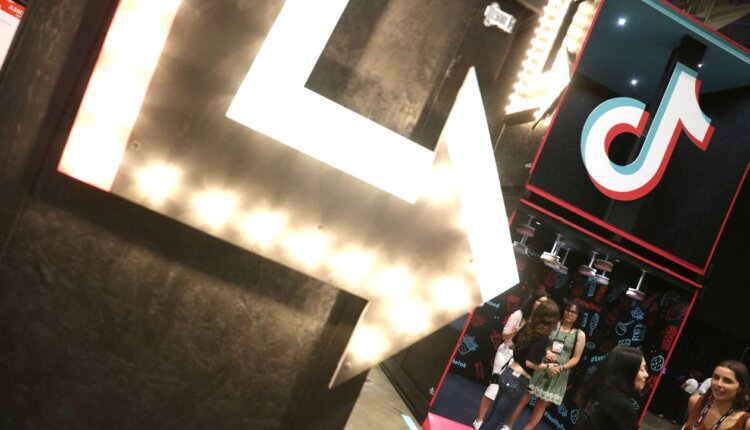 The platform collects large amounts of sensitive data, which is then accessed in Beijing, according to the chairman of the powerful US telecommunications regulator FCC and in a letter addressed to Apple boss Tim Cook (61) and Google boss Sundar Pichai (50), he called on the country’s large tech companies to remove the Tiktok app from their app stores. , Tiktok, one of the most successful apps of all time with more than three billion downloads worldwide, is owned by the Beijing-based company Bytedance.

For years there have been accusations that user data – the data of German users ends up on the same servers as the US data is not secure on the platform. Carr also argues in his letter to Apple and Google: Bytedance is “an organization that reports to the Chinese Communist Party and is obliged under Chinese law to comply with the surveillance requirements of the People’s Republic of China”.

At its core, Tiktok works “as a sophisticated surveillance tool”. The app collects “everything from search and browsing histories to keystroke patterns and biometric identification data, including facial and voice data”.

The advance of Carr, who was once enthroned by the US President Donald Trump (76), comes after the US news portal “Buzz Feed” made massive allegations against the platform.

Bytedance employees in China are said to have repeatedly had access to non-public data from American users. Several statements by whistleblowers and audio recordings apparently show access between September 2021 and January 2022. “Everything is seen in China,” said a member of Tiktok’s trust and security department in one of the recordings.

In principle, the Chinese start-up does not deny possible access. “Like many global companies, Tiktok has engineering teams around the world,” a TikTok spokesperson

told US media . There are strict access controls. But: “Tiktok has always maintained that our engineers in locations outside of the US, including China, can be granted access to US user data as part of these strict controls if needed.”

Apparently Bytedance feels under pressure. On the same day as the Buzz Feed publication, the company announced that all US user data would be transferred to cloud storage from the US group Oracle. Storage in the company’s own data centers in the USA and Singapore will be dissolved. The company had previously emphasized that no US user data was stored in China itself. That’s not enough for the US supervisor Carr: The promise to route all data via Oracle in the future does not solve the problem, he writes to the tech bosses. “It says nothing about where the data can be accessed from.”

, With a recent valuation of 140 billion dollars, Bytedance is the most valuable start-up in the world. As one of the very few Internet companies from China, it has truly achieved global success. Founded in 2017, Tiktok was initially successful at home. With the takeover of the video service Musical.ly for around one billion dollars, Tiktok also grew in the USA and Europe. In the first quarter, the app had around 1.4 billion users in more than 150 countries worldwide – which puts it in the top five of the world’s most successful social networks behind Facebook, YouTube, Instagram and Whatsapp. Sales in 2021 are said to have amounted to around 4.6 billion dollars.

Allegations of the possibly dubious handling of user data have been around for years. Former US President Donald Trump broke even in 2020 at the height of the trade disputes with China Tiktok ban in the US ahead. At that time, too, national security was at stake. But the project failed. However, numerous public institutions and the US military have banned the app on service devices. And in India and Pakistan its use is totally forbidden.

The data of European Tiktok users has so far been stored in the USA and Singapore. Since 2020, the platform has wanted to store data from the EU and Great Britain in its own data center in Ireland. However, the opening was repeatedly postponed.

Originally announced for early 2022, commissioning has recently been postponed to at least 2023. Tiktok justified this with the consequences of the pandemic. After all, a European “Transparency and Accountability Center” is in operation, where external experts are also supposed to receive information about how user data is handled. For a long time only virtual.