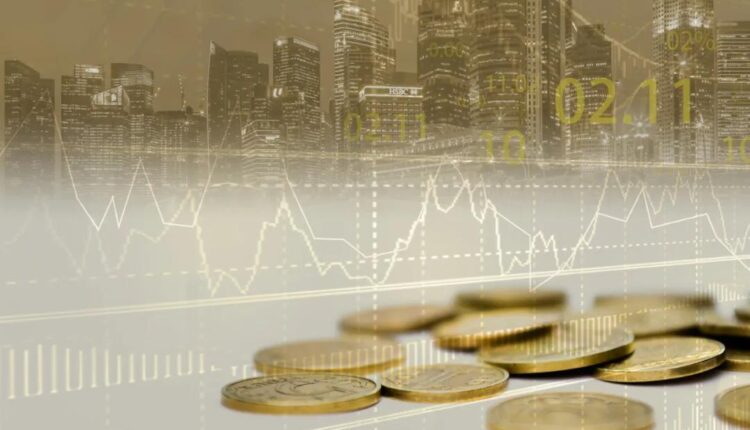 2021 is the 50th anniversary of the USA Department of the Treasury’s suspension of U.S. dollar exchange for gold (gold standard) . Since then, USA has opened an era of legal tender and debt-driven economy, and brought more economic and financial crises to the USA, but relatively speaking These crises also lasted shorter, because the United States always solves these problems by increasing debt and printing money, just as the United States is now dealing with the public health crisis when the country’s economy continues to decline. (gold standard?)

Gold standard ? at present, the mechanism behind the US dollar standard is well known. It is through the perfect closed loop of “oil-dollar-US debt” that the United States further supports the use of the US dollar and its currency status after it breaks from the gold standard.

For 50 years, the world has been following the principle of “you need U.S. dollars to buy oil.” It allows the U.S. to lavishly buy oil through uncontrolled printing of money. However, other trading countries must pay exchange rate fees to obtain U.S. dollars, and Subject to the economy’s dollar reserves.

But now the situation has changed a lot. According to the global international reserves data released by the IMF in July, the share of the U.S. dollar in foreign reserves in the first quarter of 2021 unexpectedly dropped to 59.4%, the lowest in 25 years. It is worth mentioning. However, in 2000, the proportion was as high as 73%. If we follow this trend.

It is worth mentioning that the IMF report shows that the share of RMB in foreign reserves has been slowly increasing to 2.4%, and it has grown for 9 consecutive quarters. According to the rate of 0.36% growth in the past two years, RMB will be 50%. After the year, it will reach a share of 25%, because it is expected that future changes in the exchange rate regime of emerging markets may trigger a major change in the global monetary order.

In this regard, the veteran Austrian school of economics staunch supporter Peter Schiff told the Russian media RT a week ago that it is obvious that the US’s super-loose policy is only for itself and does not consider the spillover effect of the trillions of base dollars on the world. , Will overdraft U.S. dollar credit and encourage countries to find alternatives to U.S. dollars. In addition, the U.S. also has serious fiscal deficits. The U.S. is also addicted to using U.S. dollars as a tool to restrict some economies. Consider the role of the U.S. dollar in international settlement.

The analysis pointed out that although the United States continues to print money and release water at an unprecedented level without a bottom line, the status of the dollar is slowing, but it will definitely decline under the pressure of its own debt deficit, and will lead to inflation and the depreciation of the dollar. Therefore, only from this perspective. In other words, the process of resetting the role of the U.S. dollar as the world’s main reserve currency may have begun, and is speeding up in the process of the Fed’s extremely low interest rates and super easing. (gold standard? )

According to the US State Congressman Alex Mooney’s second submission to the US Treasury Department a week ago on urging the Fed to restore the gold standard, the US dollar has fallen by 75% against most major currencies in the past 50 years. , Has lost 96% of its value since 1913. As shown in the figure below, the CPI measures the purchasing power loss of the U.S. dollar. In August, this purchasing power fell by 0.8% in the same month, which is a decline based on the annual rate of the past three months. That’s 9.3%.

And when many people think that the role of gold in the financial and monetary system has ended, according to the US financial website ZeroHedge quoted an updated version of the proposal (HB2123) proposed by Kansas in the United States on August 24, the state will recognize Gold and silver are legal tender, putting it on par with the U.S. dollar.

The deeper reason is that the current U.S. dollar is not backed by gold, and the skyrocketing U.S. Treasury bonds are not conducive to the value of the U.S. dollar and will have an additional impact on inflation. At the same time, we noticed that voices and actions to restore the gold standard in the U.S. market have been one after another. In addition to Kansas, Idaho, Wisconsin, Tennessee, Arizona, Maine, and Virginia are also enacting legislation to make gold and silver become a partner. The U.S. dollar is a legal currency that goes hand in hand.

This is not difficult to understand. WSJ is our best example. US Congressman Alex Mooney boldly submitted a new bill to the House of Representatives to try to return the US dollar issuance currency system to the gold standard standard. Then, according to Bloomberg News recently, West Virginia Commissioner Representative Pat McGeehan also introduced a sound currency bill on this basis to eliminate all tax obligations of the state on gold and silver and eliminate all taxes on gold and silver. (gold standard?)

We have noticed that this is the first attempt by a U.S. official to suspend the current U.S. dollar currency issuance system after the U.S. dollar deviates from the gold standard. According to this legislative proposal, the market will be responsible for the money supply and If the demand matches, the dollar price will be affected by the economy.

We have noticed that although the current restoration of the gold standard is still only at the level of economic news or strategy, these events still represent very significant significance in the view of the 94-year-old former Fed Chairman Dr. Greenspan. He believes that this reflects the need for a gold standard for investors who have a clear understanding of the true value of currency. (gold standard ?)

In fact, the world’s distrust of the U.S. dollar is evident from the fact that in recent years, many countries including Germany, France, Poland, Italy, Hungary, etc. have begun to transport gold back to the country with the Federal Reserve or the Bank of England ahead of schedule.

Although we have not yet seen the latest news on whether this proposal has received a response, in the context of emerging markets and many European countries increasing gold holdings and the de-dollarization of many global markets, many states in the United States have made gold and silver legal currencies and The significance of the proposal initiated by Alex Mooney deserves the market’s attention.

As DailyFX analyst David Cottle recently wrote that countries sanctioned by the U.S. dollar such as Russia, Iran, and Turkey can use the gold standard to issue currencies to replace the U.S. dollar, and the Federal Reserve is relying on the U.S. by continuously expelling gold from the world currency system. The new carrier of economic strength and petrodollars finally determined the currency status of the current dollar.

In this regard, according to a recent report published by the US financial website ZeroHedged citing Goldman Sachs on August 23, it warned that the US dollar is at risk of losing its status as the world’s major reserve currency. At the same time, Saxo Bank reported that at present, many oil-producing countries are very happy. Transaction settlement in the form of renminbi not only helps to obtain some oil pricing power from major international benchmarks, but also promotes the use of renminbi in global trade.

At present, China, Russia, Iran and many European countries have taken certain practical steps to bypass or abandon the US dollar settlement of oil. At the same time, the RMB-denominated crude oil futures have shown strong trading volume since their listing for more than two years, and the pricing function has already appeared in the Asian market. Chinese customers have even begun to use RMB to settle some crude oil transactions with some countries.

Immediately afterwards, Reuters further stated that Chinese oil buyers may continue to pilot large-scale settlement of imported crude oil in RMB, which means that the U.S. dollar will not receive tolls, which will help those who have the need to bypass petrodollars. Investors provide convenience and hedge against the risk of price volatility of crude oil futures priced in the US dollar. (gold standard ?)

Behind this is the fact that China has maintained the high value of the renminbi, because the low interest rate policy of the US dollar is reducing investors’ attraction to the pursuit of high-yield currency assets. force. Due to the internationalization of the petroleum renminbi and its consolidation, more investment is expected to flow into the Chinese economy. (gold standard?)

This means that as the value of the U.S. dollar and the U.S. dollar index are weakening and China is vigorously promoting the internationalization of the renminbi, the constant value of gold will become more and more important. At the same time, according to a follow-up report by Russian media RT a week ago According to China, China is also seeking to introduce digital renminbi in its economic activities and commodity futures markets with other countries, and explore its application in cross-border payments.

According to a report on August 23, digital renminbi has been used for the first time in Dalian Commodity Exchange (DCE) transactions. Traders can use digital renminbi to pay storage fees to the delivery warehouse, expand the scope of application of digital renminbi, and participate in future exchanges and markets. It provides an efficient, zero-cost and safe payment option. As of July 1, 2021, there are more than 1.32 million application scenarios for digital renminbi, covering utility bills, catering, transportation, shopping, and public services.