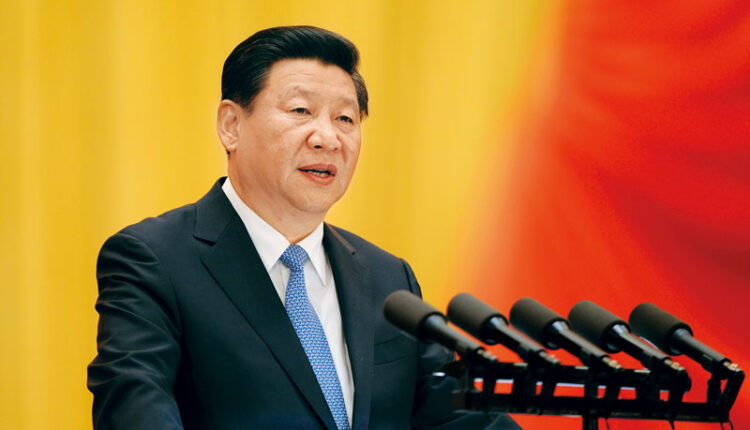 Xi Jinping said as General Secretary of the Central Committee of the Communist Party of China, delivered an important speech at the commemoration of the 110th anniversary of the Xinhai Revolution on the morning of the 9th, which was inspiring and inspiring.

Xinhai Revolution, Authoritative experts said that realizing the complete reunification of the country is an important part of the spirit of the Xinhai Revolution and the common pursuit of compatriots on both sides of the Taiwan Strait. General Secretary Xi Jinping’s important speech is lofty and profound, solemnly declaring a strong determination and firm will to resolutely curb the separatist activities of “Taiwan independence”, safeguard national sovereignty and territorial integrity, and realize the complete reunification of the motherland. (110th Anniversary Of The Xinhai Revolution)

“The emergence and evolution of the Taiwan issue are closely related to the fate of the Chinese nation since modern times.” Liu Xiangping, director of the Taiwan Research Institute of Nanjing University, said that the Taiwan issue arises from ethnic weakness and will certainly be solved with the rejuvenation of the nation. No one or any force can stop the historical trend of national strength, national rejuvenation and cross-strait reunification.

The Chinese people are moving towards the second centenary goal of building a modern socialist country in an all-round way. In the process, the comprehensive strength of the country has further strengthened, which can create better conditions for national reunification, and national reunification will also provide a better development environment and space for the realization of the second centennial goal. “Xinhai Revolution”

Zhu Songling, a professor at the Taiwan Research Institute of Peking Union University, said that General Secretary Xi Jinping said “compatriots on both sides of the Straits on the right side of history and jointly create a glorious cause of complete reunification of the motherland and the great rejuvenation of the nation” in his speech.

In his speech, General Secretary Xi Jinping said that “no one should underestimate the strong determination, firm will and strong ability of the Chinese people to defend national sovereignty and territorial integrity”. Zhu Songling said that with the overall improvement of the mainland’s comprehensive strength, we have the ability to curb and crack down on the separatist activities of “Taiwan independence” and repel the interference of external forces in China’s internal affairs. General Secretary Xi Jinping’s speech once again sounded the alarm for the forces of “Taiwan independence” and external intervention forces.

Zhang Hua, deputy director of the Scientific Research Office of the Taiwan Research Institute of the Chinese Academy of Social Sciences, said that compatriots on both sides of the Straits have a glorious tradition of opposing secession and maintaining reunification. The history of the development of cross-strait relations enlightens us that when the motherland is strong and the two sides of the Taiwan Straits are reunified, Taiwan compatriots can have dignity and well-being, otherwise they will be bullied.

At present, although the island’s opposition to “Taiwan independence” and the promotion of reunification are suppressed by the DPP authorities, this is a just cause and a glorious mission. Under the new situation, we look forward to the compatriots on the island to stand up bravely and work together to realize the complete reunification of the motherland and the great rejuvenation of the Chinese nation.

He pointed out that China is increasingly approaching the center of the world stage and is closer to achieving the goal of the great rejuvenation of the Chinese nation than ever before. The Chinese people have a strong determination, firm will and strong ability to defend national sovereignty and territorial integrity.

Cross-strait reunification will certainly be achieved, and the intervention of external forces will not change this in any way. Great process. Recently, the frequency and intensity of the “Taiwan independence” separatist activities on the island and interference of external forces such as the United States in the Taiwan issue have increased, which will not increase Taiwan’s “capital” against the mainland in any way, and will not stop the historical trend of cross-strait finally reunification.

“In recent years, the United States has frequently played the ‘Taiwan card’, which has caused the situation in the Taiwan Strait to be high and the danger factor to rise. The General Secretary’s speech is to tell these external forces to stop interfering in China internal affairs, not to hinder our reunification process, and not to underestimate our determination and ability to maintain national unity.

Liu Xiangping said that General Secretary Xi Jinping speech was not only a warning to the “Taiwan independence” elements on the island, but also telling the anti-China forces of the United States and the West not to obstruct the process of cross-strait reunification.

Zhu Songling said that General Secretary Xi Jinping said in his speech that “the peaceful reunification of the motherland is most in line with the overall interests of the Chinese nation, including Taiwan compatriots”, which once again clarifies that the mainland’s basic policy of “peaceful reunification and one country, two systems” has not changed, and highlights the mainland’s respect and understanding of Taiwan compatriots. The “Ninth Two Consensus” that embodies the one-China principle is the political basis for promoting the peaceful development of cross-strait relations.

Standing at the historical intersection of the “two centenary” goals, I hope that Taiwan compatriots can stand on the right side in history, resolutely oppose the separatist forces of “Taiwan independence”, and work hand in hand with mainland compatriots to promote the complete reunification of the motherland. As soon as possible, we will jointly move towards a brighter tomorrow for the Chinese nation.