Why does USA government require TSMC and others to Quick hand in core business workable data? 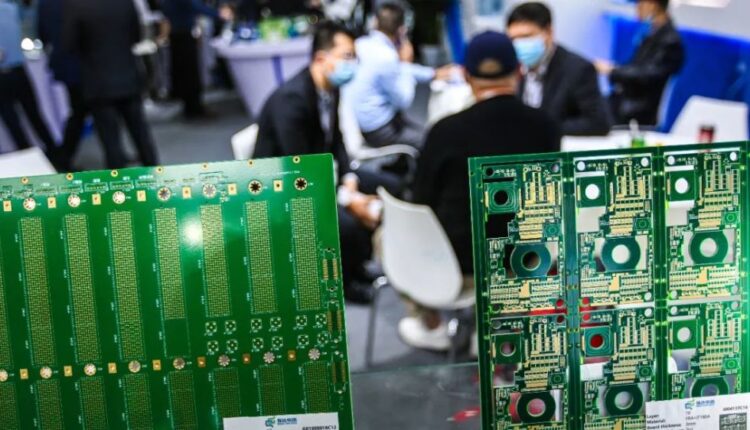 “USA Government Require TSMC Data” The USA government finds that it is impossible to solve the problems facing the supply chain in a short time. They need to break it apart and understand what the supply chain problem is?

One of the biggest changes brought about by the continuous global “core shortage tide” “USA Government Require TSMC data is that countries begin to re-examine the local chip industry chain.

On September 24, U.S. time, the Industrial Safety Bureau and the Technical Assessment Office of the U.S. Department of Commerce issued a Notice of Request for Public Comments on Risks. In the Semiconductor Supply Chain (hereinafter referred to as the Notice), which proposes that in order to promote the flow of information in all links of the supply chain, it collects relevant data and information from enterprises interested in the semiconductor supply chain, which is collected as of 1 January Eighth.

The wording of the Notice is to “solid” relevant information from “interested enterprises”, but Gina Raimondo, the U.S. Commerce Secretary, said, “If enterprises are unwilling to submit, there are other ways in our (policy) toolbox to let them hand over the data. We.” That is to say, the U.S. government may still take coercive measures to allow enterprises to hand over relevant data. “USA Government Require TSMC”

The information required by the Notice to be submitted by the above-mentioned enterprises includes: order shipments, inventory, supply capacity, customer information, production plans, procurement of materials and equipment of enterprises in the past three years.

On September 23, Raymondo mentioned at the Semiconductor Summit that the U.S. government needs more information about the chip supply chain to improve the transparency of the crisis and determine the cause of chip shortage. THE PARTICIPANTS IN THE SUMMIT INCLUDE TSMC (NYSE: TSM), SAMSUNG (PINK: SSNLF), INTEL (NASDAQ:INTC), ETC.

Providing supply chain information is a dangerous practice for enterprises, which means that the detailed data of enterprises and even their customers are disclosed.” Now the anxiety of the United States is that the overseas industrial chain has greatly affected its own manufacturing industry. A multinational executive who knew the summit said, “This approach is obviously an American-centered thinking and does not take into account the interests of enterprises.”

After sorting out the Notice, the reporter of Caijing found that the problems listed by the U.S. Department of Commerce are not detailed.

In the questionnaire published on the official website of the U.S. government, the list of questions that chip suppliers need to answer

Among them, there are 25 questions to be answered for chip suppliers, intermediate buyers and downstream manufacturers. It mainly includes process nodes, customer conditions, inventory details, orders and actual shipments, production capacity and yields, etc.

Disclosure of inventory and yield data is the core enterprise information for enterprises. Through these data, the cost of the whole OEM process can be estimated, and then it can be calculated whether the enterprise is deliberately raising prices and whether there is a monopoly problem. The above-mentioned executives of multinational enterprises analyzed to Caijing.

TSMC and Samsung, the world’s largest and second largest wafer factories, are the core enterprises to understand the overall supply chain. Publishing process nodes, yields, inventory, production capacity and other information is likely to put TSMC and Samsung at a disadvantage in commercial competition. It is equivalent to putting all the cards of the enterprise on the desktop.

Order information and customer information involve more problems.” The inventory, order and sales information of each company are confidential and cannot be disclosed to the public. A senior R&D worker who has worked for Samsung and TSMC told Caijing that through orders and inventory, you can know the distribution of OEM production capacity to customers.

After this information is made public, it will not only make the factory’s own chassis clear in front of the U.S. government, but also affect the customers of the wafer OEM itself.

For Chinese enterprises, they need to be more cautious in seeking contract workers. If some mainland Chinese enterprises entrust TSMC or Samsung OEM products through other channels, it is easy for the U.S. government to grasp the braids for “safety reasons”, which is a great risk. Nowadays, many high-end chips still need to be contracted by TSMC and Samsung. After handing in the data, it will affect both the OEM itself and its customers.

No company is willing to disclose their business data. In the notice issued by the U.S. government, there is no mention of coercion, but only calls on interested enterprises to submit data and promises to keep them confidential. However, many chip industry insiders and legal personnel said that it is more likely that enterprises will eventually need to provide these data.

A senior lawyer in charge of overseas compliance said that it is extremely possible to force enterprises to hand over data through policies. “I never doubt this.” He said that what Raymondo called the “toolbox” includes but is not limited to the Defense Production Act and the presidential executive order for supply chain evaluation.

A Chinese lawyer who declined to be named told Caijing that the Defense Production Act was a federal law enacted in 1950, which empowers the president to take a number of measures against private enterprises.

According to the current practice of the National Defense Production Law, enterprises can be regulated in the following ways. One is Set-aside, which requires the company to retain resources to prioritize higher-priority orders; the other is Directive, which requires the company to take or not take certain actions to maintain the production of a product; and the third is Allotment ), requiring the company to specify the maximum amount of materials, services or facilities authorized for specific purposes. In addition, the Defense Production Law can also break through the Antimonopoly Law.

An employee of a semiconductor company told Caijing that in the past, they only submitted more than a dozen pages of information to the U.S. government, but now they have to submit hundreds of pages, including relevant information related to the supply chain, which are extremely strict in review, and it is difficult for enterprises to have enough time to appeal.

It may be difficult for enterprises not to submit these business data. Since a policy is often the result of a game of interests between the President of the United States, the Department of Commerce, Congress and enterprises, policies related to reassessing supply chains and industrial chain relocation will also be in intensive changes for a long time.

Some industry insiders predict that the final result may be some compromises and commitments between the two sides, such as signing some exemption clauses with the government, USA Government Require TSMC etc.

On June 8, the Biden administration announced the establishment of a new supply chain interruption working group to meet supply chain challenges. In addition, a new data center will be launched to monitor recent supply chain vulnerabilities, improve the federal government’s ability to track supply and demand interruptions, and improve information sharing between institutions and the private sector.

In the past two years, the shortage of global chips has forced many American car companies and other manufacturing industries to cut production capacity. Due to the lack of core, large American automobile manufacturers such as General Motors and Ford have reduced production one after another. According to foreign media reports, in August this year, the sales volume of new cars by American dealers was slightly less than 1 million, 72% lower than the 3.58 million vehicles in August 2019.

The head of Volkswagen’s Americas business believes that U.S. auto production will not return to normal until the second half of 2022. According to HIS Markit, a third-party data analysis agency, the impact of chip shortage on automobile production will continue into the first quarter of 2022, and may restore supply stability in the second quarter of 2022 and start recovery in the second half of 2022.

The above-mentioned multinational company executives analyzed to Caijing that the United States’ demand for enterprises to hand in data this time is not aimed at TSMC or Samsung. It’s just that the U.S. government finds that it can’t solve the problems facing the supply chain in a short time. They need to break up the matter and understand where the supply chain problem is.

Summarizing from the list of problems listed by the U.S. Department of Commerce, it is found that the core of the comprehensive problems is to understand the real demand of the current supply chain, the distribution of production capacity and whether there is hoarding behavior. It’s just that this motivation does not take into account the real interests of the enterprise.

From the perspective of the U.S. government alone, an employee of a chip OEM in mainland China told Caijing that shipments are an indicator of an enterprise’s most direct production and operation needs. According to inventory, order, supply, customer situation and other information, the prosperity and market demand of the whole industry can be judged. Collecting OEM data, especially some listed companies on OEMs, is an important reference for local enterprises in the United States to evaluate production expansion and investment.

For two years, the United States has been promoting the reshaping of the local chip supply chain. In 2020, TSMC, the world’s largest wafer OEM, went to Arizona, USA, to set up a factory, using 5nm advanced process technology and investing about 12 billion US dollars. Samsung also announced its plan to set up a factory in the United States in May this year. Intel, which has been following the IDM model (IDM refers to the one-stop industrial chain model integrating chip design, chip manufacturing, chip packaging, testing to sales), has also announced the establishment of a wafer OEM in Arizona, USA.

The above-mentioned senior chip developers told Caijing that the United States can eventually establish a high-end local chip supply chain, but the process may not go smoothly. Industry insiders said that TSMC went to the United States to set up a factory this time, which was not more from commercial considerations, but political factors.

Previously, Zhang Zhongmou, founder of TSMC, mentioned that the advantages of Taiwan in wafer manufacturing are that there are a large number of excellent and dedicated engineers, technicians and operators who are willing to devote themselves to manufacturing and American manufacturing is no longer popular, and it is difficult to have excellent engineers who are willing to devote themselves to manufacturing. Secondly, the transportation in Taiwan, China and the industrial settlements formed in Hsinchu, Taichung and Tainan. This is what the United States can’t do at present.

For Intel, which has always taken the IDM model, the senior chip developer said that Intel’s technology is also very strong, but its cost is too high, and the factory efficiency and cost control are not as strong as TSMC. Intel’s model of OEM also takes time. USA Government Require TSMC.