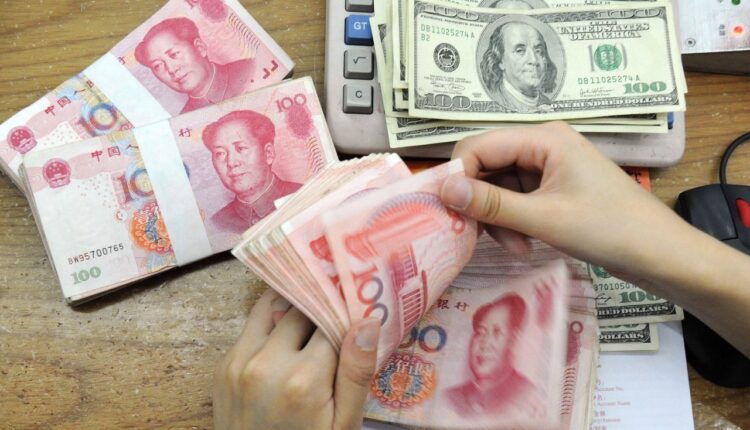 Overseas institutions had increased their holdings of RMB bonds for 32 consecutive months, and the enthusiasm of overseas investment institutions for RMB bonds had increased, According to the data released by the Chinese Central Government Bond Registration and Settlement Co., Ltd., by the end of July.

Why RMB Bonds Popular? China’s financial system as a whole is relatively healthy, and the valuation bubble is relatively small compared with overseas markets. It is no accident that RMB bonds are favored by overseas investment institutions.

According to the data released by the Central Treasury Bond Registration and Settlement Co., Ltd., by the end of July this year, the custody of RMB bonds held by overseas institutions had reached 3375,187 billion yuan, a new high in nearly five months.

Following the net increase of foreign institutions’ holdings of more than 1 trillion yuan of Chinese bonds in 2020, there are several main reasons why RMB bonds remain so popular.

Fundamentally, the continuous increase in the holdings of sovereign bonds by overseas funds is one of the symbols recognized by a country’s overall national strength. In the first half of the year, China’s GDP increased by 12.7% year-on-year.

The achievements of overall planning for epidemic prevention and control and economic and social development have been continuously expanded and consolidated, economic operation has continued to be stable and restored, China’s economy has been strengthened and stabilized, and the 14th Five-Year Plan has achieved a stable start. Renminbi bonds have been continuously increased by overseas investors, which fully demonstrates that overseas capital maintains long-term confidence in China’s economic and social development.

From the perspective of asset allocation, RMB assets are currently more cost-effective and have become a “safe haven” for foreign investment. Global asset allocation demand is higher than that of other emerging economies. Among them, RMB bonds have a good return on investment.

For example, the yield of 10-year treasury bonds is stable, which is significantly higher than that of countries with zero interest rates or even negative interest rates. Since 2020, foreign investors have purchased domestic bonds accounting for about half of the growth rate of full-caliber foreign debt, mainly because the proportion and influence of China’s economy in the global economy have further increased, the investment value and investment opportunities of China’s financial assets have been generally recognized by international capital, and “additional allocation of China” is one of the common strategies of foreign capital.

One. From the perspective of environmental factors, financial openness has created more convenient conditions for international investors to choose RMB bonds. The opening of China’s capital market began with the introduction of the Qualified Foreign Institutional Investor (QFII) system in 2002, and the opening of the bond market accelerated significantly in 2016.

With the launch of the bond market interconnection mechanism between Hong Kong and the mainland in July 2017 (i.e. Bond Connect), the opening of the bond market to the outside world has been accelerated in an all-round way. In July this year, 26 new overseas institutional investors entered the market through Bond Connect. At present, Bond Connect has brought together 2,673 overseas institutional investors from 34 countries and regions around the world.

From the perspective of foreign capital, with the global mainstream bond indexes such as FTSE Russell World Treasury Bond Index, Bloomberg Barclays Global Composite Index and JPMorgan Chase Global Emerging Markets Government Bond Index, etc., have included and increased the weight of the Chinese bond market, the momentum of foreign investment allocation has been increasing, and foreign investors participate in the Chinese bond market. The channels of the field are increasing. Recently, relevant departments said that they would explore the free inflow and outflow and free conversion of capital in Shanghai Lingang New Area, and further accelerate the opening of capital accounts and the internationalization of the RMB.

Judging from the bond market itself, the current bubble risk in China’s bond market is relatively small, and the bond issuance and trading market are stable. In response to the impact of external adverse factors, the world’s major economies have implemented large-scale fiscal and monetary stimulus policies, while China has adhered to normal economic policies. Renminbi treasury bonds and policy financial bonds have maintained positive returns, making up for the shortage of global safe assets. China’s financial system as a whole is relatively healthy, and the valuation bubble is smaller compared with overseas markets, which has also become an important reason to attract foreign investment to allocate more RMB bonds.

To sum up, whether from the perspective of economic fundamentals, financial openness, or from the perspective of the bond market itself and investment laws, it is no accident that RMB bonds are favored by overseas investment institutions. As the door to economic development and opening up to the outside world becomes wider and wider, China’s bond market will attract more external investors to share dividends. In this process, normal cross-border capital flows should be happy to see the success, but financial security strategies must be implemented to strictly prevent the risk of hot money entering and leaving.