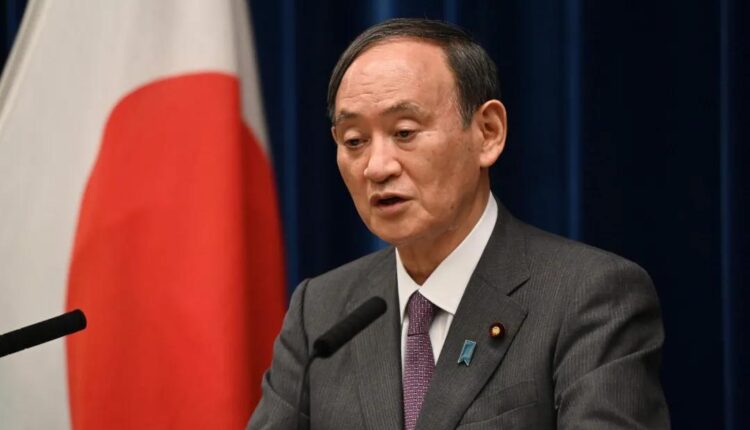 Reuters reported on the 2nd that Japanese Prime Minister Yoshihide Suga plan to visit Russia in September failed. The reason was that it was not invited to participate in the “Eastern Economic Forum” hosted by Russia.

Yoshihide Suga Plan To Visit Russia, The “Eastern Economic Forum” will be held in Vladivostok, Russia’s Far East from September 2 to 4.

According to Reuters, Japan’s Chief Cabinet Secretary Kato Katsunobu announced at a press conference on the 2nd that Suga Yoshihide will not participate in the forum, nor will he participate online or send recorded videos online, because “we did not receive an invitation”.

Kyodo News reported on the 1st that Yoshihide Suga was originally very positive about attending the forum. Yoshihide Suga showed a positive attitude during his visit to Russia on July 16 when he met with Senator Suzuki Soo of the Japan Reform Commission. During the telephone meeting on August 11, the Japanese and Russian foreign ministers reached an agreement on coordinating the holding of the summit meeting, including the format of the meeting.

Regarding the fact that Yoshihide Suga was not invited, the cadre of the Japanese Ministry of Foreign Affairs said: “Russia probably has its own judgment.”

A source told Kyodo News that “Russia may hope to negotiate with Japan’s long-term regime, which may mean that it wants to distance itself from the Yoshihide Suga government whose cohesion before the Japanese House of Representatives’ elections has declined.”

The latest poll released by the Japan Mainichi Shimbun and Social Research Center on August 28 showed that the support rate of Yoshihide Suga’s cabinet fell to 26%, a record low since taking office. Yoshihide Suga’s disapproval rate reached 66%, the worst situation in the past year. “Yoshihide Suga Plan To Visit Russia”

Not only that, Japanese media said that Yoshihide Suga made serious mistakes frequently on important occasions recently. In early August, Yoshihide Suga was late for the nuclear explosion day ceremony in Hiroshima and Nagasaki and missed his speech. At the previous press conference, he also mistakenly stated that he would “put the spread of the epidemic first.”

Before the forum, Russian Foreign Minister Lavrov stated in a speech in Moscow on the 1st that “there is still a gap in the legal stance of Russia and Japan on joint economic activities in the Southern Kuril Islands.”

Japanese media said that because Suga Yoshihide did not get the opportunity to meet with Russian President Vladimir Putin to discuss the Southern Kuril Islands issue, the stalled state of negotiations on the issue will continue.

It is reported that former Japanese Prime Minister Shinzo Abe has attended the forum for four consecutive years since 2016, and has had many dialogues with Putin. Affected by the new crown epidemic, the forum was not held last year.

PetroChina Is Ready To Make A Move, Venezuela legislation to attract foreign investment