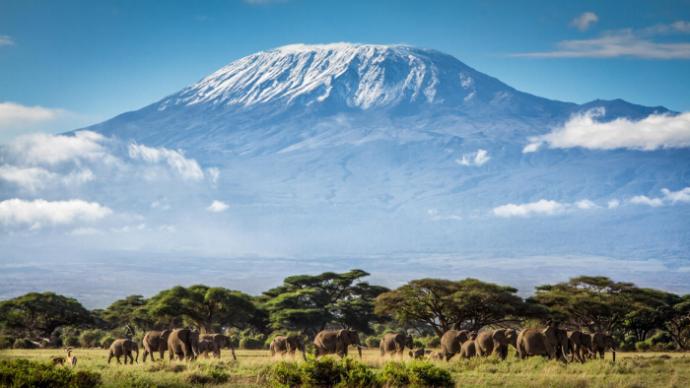 The report shows that African alpine glaciers in eastern Africa will disappear within 20 years, 1.18 million extremely poor people face droughts, floods or extreme high temperatures, and climate change may shrink the continent’s economy by 3% in the mid-21st century.

The Climate State of Africa 2020 jointly released by the World Meteorological Organization and the African Union reported that if this situation continues, the only high mountains with African alpine glaciers : Mount Kenya in Kenya, Mount Ruvinzoli in Uganda and Mount Kilimanjaro in Tanzania may be in 2040 Melt completely.

Mount Kenya glaciers are expected to melt in 2030 and will become the first mountain ranges to lose their glaciers due to climate change.

In addition to the worsening of drought on the continent, which is heavily dependent on agriculture, there were also widespread floods in Eastern and West Africa in 2020, while the historic locust infestation that began in 2019 continued to cause serious damage.

Josepha Sarkozy, Commissioner for Rural Economy and Agriculture of the African Union Commission, said that by 2030, if an appropriate response is not taken, up to 1.18 billion people in extreme poverty (i.e. living on less than $1.90 per day) in Africa will be exposed to drought, floods and extreme high temperatures.

This will place an additional burden on poverty alleviation and seriously hinder prosperity. She also said that in sub-Saharan Africa, climate change may further reduce GDP by 3% by 2050.

This poses a serious challenge to climate adaptation and resilience actions, because not only are the physical conditions deteriorating, but the number of people affected is also increasing.