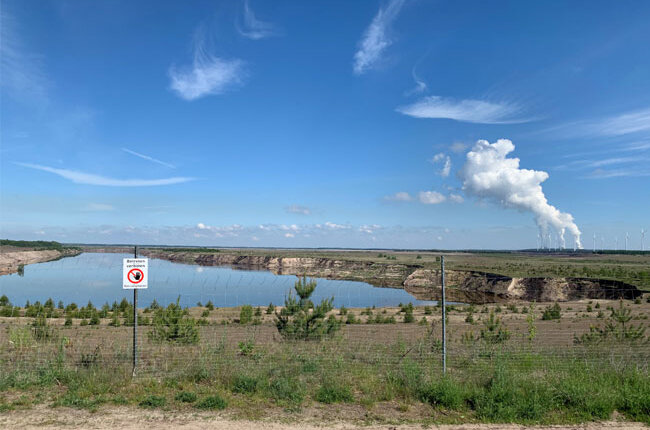 LEAG submits an application for approval for four wind turbines on the Cottbuser Ostsee.

The Lusatian energy company LEAG submitted the approval application for four wind turbines in the north-eastern edge of the Cottbus Baltic Sea on July 22, 2022 to the Brandenburg State Office for the Environment.

The application was prepared together with the project developer EP New Energies GmbH (EPNE).

With a total output of 24 MW, the Cottbus Ost wind farm is intended to make an important contribution to the energy concept of the CO2-neutral model region Cottbus Ostsee, which also includes the planned floating PV system and the lake thermal system includes.

In addition, the project is also intended to generate regional green electricity for the first Lausitz H2 filling station in Cottbus for local public transport.

The approval process is carried out in accordance with the Federal Immission Control Act (BImSchG) with public participation and an environmental impact assessment.

The application comprises around 1800 pages, on which the project is described in detail and the relevant influencing factors on the environment and the surrounding communities are examined in detail.

This includes topics such as noise, shadows, species protection and a whole range of other technical, nature conservation and planning aspects.

“Against the background of the structural change processes to be mastered, we have committed ourselves to the joint development of the ‘Cottbus Baltic Sea model region’ with the city of Cottbus and the BTU Cottbus-Senftenberg.

The establishment and use of renewable energies such as the planned floating PV system, a lake thermal system or a wind power project has been recognized by all partners as a key location factor,” explains LEAG CEO Thorsten Kramer. “With this project, we are one step closer to the goal of building a CO2-neutral port district on the Cottbus Baltic Sea.”

“Our claim as the city of Cottbus/Chóśebuz is the development of an innovative and sustainable port district that can become a real laboratory for the energy transition from the perspective of CO2 neutrality and climate justice.

The use of wind as a resource on the future Baltic Sea is obvious, wind turbines already characterize the lake scenery and they complement previous plans to generate renewable energy from solar and lake thermal systems.

Only by using a large number of renewable forms of technology will we be able to meet the upcoming challenges in urban energy supply,” says the head of the economic department of the city of Cottbus, Stefan Korb.

“For us as a project developer, it is particularly exciting to work on projects that are integrated into comprehensive energy concepts. Because our aim is to contribute to the energy transition as a whole.

The combination of the various generation profiles enables consumers to be better supplied with renewable electricity, such as the planned generation of hydrogen for local public transport,” comments EPNE Managing Director Dominique Guillou on the submission of the application for approval.

The wind turbines are to be installed in the area of ​​the former coal railway exit of the former Cottbus-Nord opencast mine on the edge of the Cottbuser Baltic Sea in the immediate vicinity of existing wind turbines.

The plan is to set up four wind turbines, each with a total height of 250 meters and an output of 6 MW each. They can generate around 60,000 MWh of electricity a year – that’s equivalent to around half of Cottbus’ households.

EPNE plans to complete the wind farm for LEAG in about three years, after a detailed approval process and subsequent construction. The area is under the responsibility of LEAG under mining law and was reforested as part of mining recultivation.