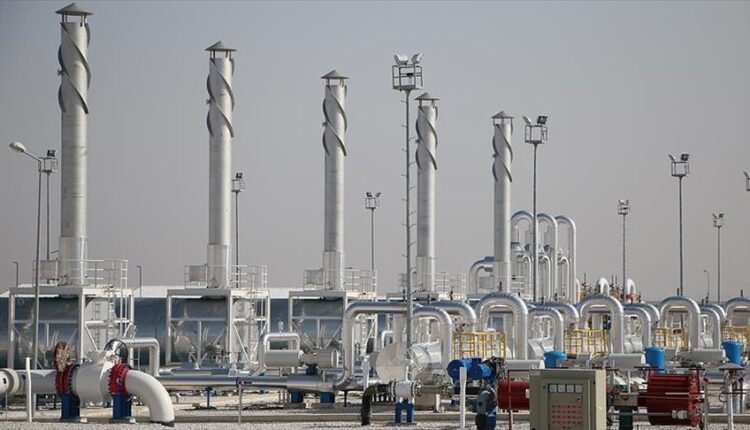 Since it bottomed out and rebounded in May last year, crude oil has remained relatively strong. Recently, with the progress of Iran negotiations, oil prices rise have received some disturbances. How will crude oil run in the future? Iran Oil Related ?

Oil prices rise in the past year is mainly caused by the gap between supply and demand, and supply is the top priority. Because of the relative restraint of OPEC+ countries, the supply side is relatively short, and there is no price war. After the epidemic, global crude oil demand has shrunk seriously. At first, Saudi Arabia and other oil-producing countries may have planned to use the price war to gain market share, forcing U.S. shale oil companies to stop production. In the end, the idea was only partially realized. Some shale oil companies did stop production in response to the decline in oil prices, but Saudi Arabia’s market share did not increase significantly.

At present, the supply side of crude oil has changed little. U.S. production has remained stable at 11 million barrels per day. The next production reduction alliance’s production resolution will be discussed in early July. The U.S.-Iran peace talks became the focus, but the time was awkward. The Iranian presidential election on June 18 raised the uncertainty of the peace talks.

Last week’s “oolong” news about Iran’s oil sanctions led to the roller coaster of crude oil on that day, proving the huge impact of Iran’s return to the crude oil supply market on oil prices rise. Whether the United States will lift the sanctions on Iran’s crude oil depends largely on the impact of energy prices on U.S. inflation. If energy prices continue to rise, it cannot be ruled out that the United States will relax restrictions on Iran’s crude oil exports. There is no doubt that if the current supply side is at full capacity, the current oil prices rise will be difficult to maintain.

Demand side: European and American recovery is the main driving force of demand
OPEC believes that in the second half of this year, the average daily demand for OPEC crude oil will reach 29 million barrels, while the average daily output of the 13 member countries of the organization in May was only 25.46 million barrels. It is also for this reason that OPEC has continuously relaxed the production limit on crude oil, but the supply has obviously not yet started on all front.

How to view the future oil price?

Foreign media described the overall trend of energy prices, saying, “Oil prices have not exceeded $100 since 2014, when the supply of shale oil in the United States surged, ending the last so-called super cycle. At the beginning of this century, fueled by the growth of China’s crude oil demand, oil prices rose from nearly $10 a barrel to more than $100 in 2008. Although the price of crude oil fluctuates greatly, the price of crude oil averaged about $100 a barrel for the next six years. Obviously, the media is too optimistic about future oil prices rise.

According to QuikStrike, a free analysis tool of Chicago Stock Exchange, the number of unliquidated positions in December 2022 expired contracts with an execution price of $100 is the highest among WTI call options. In fact, the purchase of an option of $100 for market funds does not necessarily mean that they will rise to $100 per barrel when they are bullish on crude oil, but it can show the expectations of market participants for future crude oil prices to rise and increase volatility. That is to say, even if the oil price does not reach $100, the option buyer is still likely to make a profit waiting oil prices rise.

Overall, as the recovery of European and American economies accelerates, crude oil demand is expected to increase, but the return of Iranian crude oil will bring some bearishness to oil prices rise, which is expected to remain stable and positive in the coming months. However, we should not overly look at oil prices rise. Once the OPEC countries start a price war for Iran’s market share, oil prices will face a certain degree of adjustment. Investors can pay attention to the opportunity of NYMEX WTI light crude oil futures (CL) of Chicago Stock Exchange to do more at a low level.

Oil prices rise because of many factors which mostly fragile…