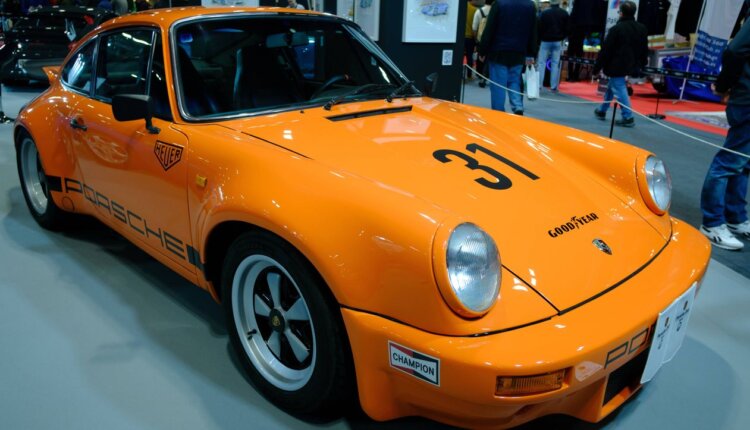 Before Christmas, another car manufacturer will be included in the Dax index with the Volkswagen subsidiary Porsche AG. There are also some changes in the MDax and SDax.

As a result, the online fashion retailer About You falls out of the SDax. In addition, Deutsche Wohnen, which is still listed in the MDax, and the bioethanol manufacturer Verbio, which is listed in the SDax, will swap places.

The changes will take effect on Monday, December 19. They are important for funds that track indices. You will then have to redeploy accordingly.

Dax index before a bland start to Tuesday, Bitcoin under pressure

On the German stock market there were no Santa Claus gifts on Tuesday. In the first few minutes of trading, the leading Dax index fell by 0.1 percent to 14,440.95 points. It thus stayed within the consolidation range that has been in effect since mid-November.

It hit another high since June on Friday at 14,584 points and weakened at the beginning of the new week. The intermediate high at 14,709 points remains the orientation mark upwards.

There is no tailwind from the overseas stock exchanges. The US market had seen a clearer setback from high levels the previous day and Asia was not showing a clear trend this morning after a strong start to the week in China and Hong Kong.

Important economic data are also hardly in sight. Order intake for German industry in October – a clue to the industrial production figures due on Wednesday – rose more than expected month-on-month.

German company news was initially also in short supply. In the Dax index, Fresenius Medical Care (FMC) shares came under pressure. At the ailing dialysis subsidiary of the medical group Fresenius there is another change of management after only two months .

Carla Kriwet resigned from her position as chairwoman and member of the board on Monday evening with immediate effect and will be replaced by Helen Giza replaced. However, Kriwet will remain CFO – she took on the role in 2019 – until a successor was found, it was said.

At FMC there is currently a lot of unrest, commented a stockbroker. He initially expects a negative price reaction of the share.

On the other hand, Talanx stocks are benefiting from the insurance group’s announced dividend increase on Capital Markets Day. According to dealers, this is a little more pronounced than expected on the market, as is the increase in the distribution planned for 2025. The basis for this is the significant increase in profits announced by then.

The world’s most popular digital currency Bitcoin remains under pressure and continues to trade in the $17,000 range. A new burden could be investigations by the US Trade Commission FTC. The FTC has targeted crypto companies for potentially misleading advertising.

“We are investigating several companies for possible wrongdoing in digital assets,” an FTC spokeswoman told Bloomberg on Monday (local time). She initially did not want to reveal any details – the investigations are still confidential.

Oil prices rose on Tuesday. For the time being, they did not continue the losses that had started on Monday afternoon. In the morning, a barrel (159 liters) of North Sea Brent cost $82.97. That was 29 cents more than the day before. The price of a barrel of the US grade WTI rose by 25 cents to $77.18.