The Crisis and effect in Kazakhstan oil and gas shipments 2022 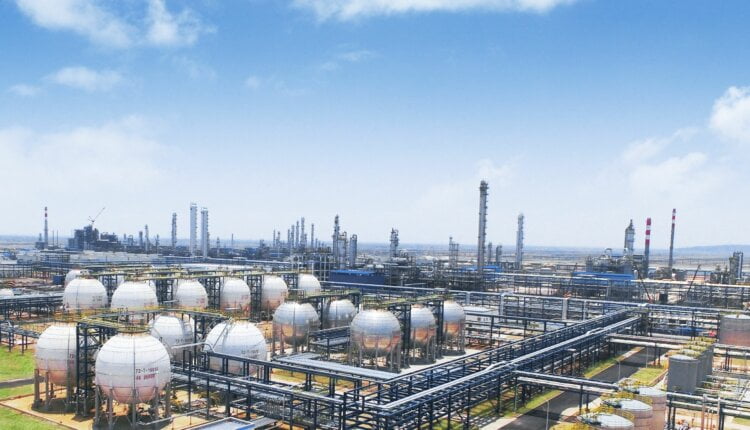 Kazakhstan oil and gas is important in markets, it is located in the center of the Eurasian continent, with a land area of ​​about 2.725 million square kilometers. It is the largest landlocked country in the world.

Kazakhstan oil and gas is bordered by the Caspian Sea to the west, Russia to the north, Uzbekistan, Turkmenistan and Kyrgyzstan to the south, and China to the east. The geographical location is very important.

Many mineral reserves account for a high proportion of global reserves, such as more than 50% of tungsten, 25% of uranium, 23% of chrome ore, 19% of lead, 13% of zinc, and 10% of copper and iron. Many varieties are ranked among the best in the world in terms of reserves.

Kazakhstan oil and gas is huge also coal reserves are 176.7 billion tons, ranking eighth in the world after China, the United States, Russia, Australia, India, South Africa and Ukraine, accounting for 4% of the world’s total reserves. There are 100 proven and mined coal fields in the country, most of which are located in the central part of Kazakhstan (Karaganda, Ekibastuz and Shubarkori coal fields), the northern part (Turgay coal field) and East Kazakhstan region .

There are five countries around the Caspian Sea, namely Kazakhstan, Azerbaijan, Turkmenistan, Russia and Iran. According to the materials released by the Energy Information Administration of the U.S. Department of Energy, the total oil reserves of Kazakhstan in the Caspian Sea are about 101.0-109.6 billion barrels, accounting for about half of the reserves in the entire Caspian Sea, and the total natural gas reserves are 153.3 trillion cubic meters, accounting for about 10% of the total reserves. 1/3. In August 2018, the leaders of the five Caspian countries signed the “Convention on the Legal Status of the Caspian Sea” in Kazakhstan, laying a legal foundation for resource development and cooperation in the waters.

In terms of electricity, in 2019, the total domestic power generation in Kazakhstan was 106 billion kWh, and the electricity consumption was 105.1 billion kWh.

The northern region of Kazakhstan has a large amount of power generation, and electricity is mainly exported to the central region of the country and exported to neighboring Russia, and the western and southern regions have power shortages.

At the same time, renewable energy generation still accounts for a relatively small share of total power generation, about 2.3% in 2019. On May 30, 2019, the heads of the member states of the Eurasian Economic Union jointly signed the Treaty on the Unified Electricity Market, including the Protocol on the Unified Electricity Market of the Eurasian Economic Union.

This will create equal conditions for the electric power enterprises of all member states, so that they can participate in the market on an equal footing of voluntariness and competition.

China and Kazakhstan have carried out sound cooperation in the fields of oil and gas. China and Kazakhstan jointly built China’s first cross-border oil pipeline, the China-Kazakhstan Crude Oil Pipeline, which starts from Atyrau, Kazakhstan in the west, passes through Kenkiyak, Kumker and Atasu, and ends at Alashankou in Xinjiang, China in the east, the total length of the whole line is 2835 kilometers, the pipe diameter is 610/813 mm, the design pressure is 6.3 MPa, and the designed conveying capacity is 20 million tons/year.

Kazakhstan oil and gas In addition, the three Central Asian natural gas pipelines A/B/C all pass through Kazakhstan, and the length of the pipeline in Kazakhstan is about 1,293 kilometers. The Central Asia Natural Gas Pipeline is my country’s first transnational energy channel for natural gas introduced by land. It starts from Turkmenistan and Uzbekistan, and enters China from Horgos, Xinjiang, through southern Kazakhstan. The total length is about 10,000 kilometers, which is the longest in the world. natural gas pipeline.

The China-Kazakhstan oil and gas pipeline is one of the economic lifelines of Kazakhstan, which can bring a lot of foreign exchange earnings to Kazakhstan every year.

Regarding the question of whether the domestic riots in Kazakhstan will affect the safe transportation of the China-Kazakhstan oil and gas pipeline, Su Chang, deputy director and researcher of the China-Russia Strategic Cooperation High-end Cooperation Think Tank of the Chinese Academy of Social Sciences, said in an interview with the media that the riots in Kazakhstan have a negative impact on China-Kazakhstan oil and gas pipelines. Pipeline delivery will not have much impact.

Kazakhstan Oil and gas transportation is technically reliable. The cross-border oil and gas pipelines are very long, most of them are in the wild, and there are established safeguards. At present, the riots are still concentrated in big cities, especially Almaty. In addition, it is believed that local Chinese companies will also take corresponding measures to ensure the safety of oil and gas transportation.

Su Chang said that he has not yet seen the xenophobic tendency in this riot. “It may not have reached that stage yet, and the protesters’ appeal is still to step down the current regime. In the past, some protests and demonstrations participated by some radical nationalist forces often ended up in the end. It will target some external investments.”

Crude oil futures continued their strong start to the new year and closed up collectively as traders worried about unrest in Kazakhstan and production disruptions in Libya.

West Texas Intermediate for February delivery rose $1.61 to $79.46 a barrel on the New York Mercantile Exchange, or 2.1%, to top $80 a barrel for the first time since Nov. 17. Brent crude, the global benchmark for March delivery, settled up $1.19 at $81.99 a barrel on ICE Futures Europe, up 1.5%. West Texas Intermediate and Brent closed at their highest since Nov. 16 and 25, respectively.

Dozens of people were killed in Kazakhstan on Thursday as authorities responded to nationwide protests over soaring fuel prices. Separately, the Russian-led military coalition, the Collective Security Treaty Organization, said earlier on Thursday that it would agree to a request from Kazakh President Tokayev to send peacekeepers to Kazakhstan.

“The tensions are growing in Kazakhstan, a country currently producing 1.6 million barrels of oil a day,” Commerzbank commodities analyst Barbara Lambrecht said in a note.

Rystad Energy senior oil market analyst Dixon said the protests in Kazakhstan oil and gas have spread to the center of the oil city in the west of the country, but have yet to affect production at the 650,000-bpd Tengiz field. But she said the previously announced temporary adjustments to production due to logistical issues and the involvement of the Russian military could also further exacerbate the unrest.

“The rise in oil prices largely reflects market jitters as unrest in Kazakhstan escalates, the political situation in Libya continues to deteriorate, and oil production declines,” she said in a note.

Libya said it expects to drop another 200,000 barrels a day this week as workers try to repair damaged pipelines, news reports said. Combined with the shutdown of oil fields, Libya’s oil production is expected to fall by more than 500,000 barrels per day.

The five-year average for withdrawals at this time of the year was 108 billion cubic feet, Schneider Electric commodities analyst Redmond said in a report.

Redmond also noted that NOAA’s 8- to 14-day forecast shows that cold air is dissipating in the Northeast as relatively normal temperatures build up, while much of the rest of the country is still warming. high. “These conditions could reduce heating demand and help maintain pressure on gas prices,” Redmond said.

Among other energy products traded on the exchange, February gasoline futures rose 0.5% to settle at $2.3043 a gallon, while February heating oil futures settled at $2.4777 a gallon, up 1.3%. Natural gas futures for February fell 1.8% to $3.8120/MMBtu sure Kazakhstan oil and gas have an effect.