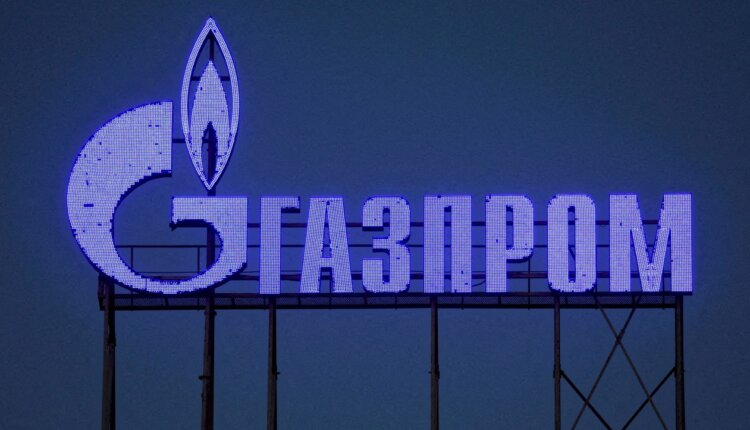 West sanctions Russia for attacking Ukraine. However, Gazprom energy business is still going well. As with oil, Russia will also focus on other sales markets for gas in the future especially China.

Specifically, the gas company Gazprom plans to expand its pipeline projects to the Far East after a half-year profit of the equivalent of 41.63 billion euros.

The work results for the first half of the year are very, very good. And, of course, this financial result allows us to say that we have secure cash flows for the implementation of our strategic investment projects,” Gazprom CEO Alexey Miller told the Interfax news agency according to during a conference call.

According to Miller, Gazprom plans to start connecting its pipeline network on European territory to the east of the country in the near future. In addition, he announced that he would start designing the planned Power of Siberia 2 pipeline. The pipeline is to bring gas from the deposits in Eastern Siberia to China.

Also a branch through Mongolia, the Soyuz-Vostok project, is planned. With the commissioning of the Kowykta field, Russia is also ready to deliver even more gas to China than previously agreed from 2023, Miller is quoted as saying.

After maintenance work: Gazprom does not resume gas supplies via Nord Stream 1 after all

Contrary to what has been announced, no gas will flow through the Nord Stream 1 Baltic Sea pipeline from this Saturday. The Russian state-owned company Gazprom announced this on Telegram on Friday. The reason is an oil leak in the Portovaya compressor station. The gas flow remains stopped until the disposal.

According to Gazprom, the leak was discovered during maintenance work on the station, which was carried out jointly with experts from Siemens Energy. The leaked oil was found in several places. It is not possible to guarantee the safe operation of the last remaining gas turbine there. It was said that such oil spills had already occurred in the past.

A letter about the complaints about the Trent 60 unit with the number 24 and about the necessary repairs was sent to the head of Siemens Energy, Christian Bruch, Gazprom said.

The European Commission has accused Gazprom of halting the flow of gas via Nord Stream 1 on false pretenses. “Gazprom’s announcement this afternoon that it will shut down Nord Stream 1 again under false pretenses is further evidence of its unreliability as a supplier,” a spokesman for the EU Commission wrote on Twitter on Friday evening. It is also a testament to Russia’s cynicism as it prefers to burn gas rather than fulfill contracts.

Previously, everything had looked like a resumption of gas supplies. Booking data pointed to a resumption on Saturday. According to figures from pipeline operator Nord Stream AG on Friday, gas bookings for Saturday morning, when Russian energy giant Gazprom says the three-day maintenance work should be completed, were roughly at the throttled level before the interruption, with flow at 20 percent of capacity lag.

Russia had reduced gas deliveries via the Baltic Sea pipeline to 40 percent in June and 20 percent in July, citing maintenance problems and sanctions, such as return a turbine checked in the West. Gazprom then announced that supplies would be interrupted for maintenance work.

Russia calls for Nord Stream 2 to be commissioned

On Wednesday, the Russian state-owned company stopped gas transport to Germany and other European countries through Nord Stream 1 for the second time within a few weeks. Hopes that the pipeline would then be fully operational were dampened by statements by Gazprom boss Alexej Miller (60). He blamed western sanctions for the fact that major maintenance work was not possible.

The federal government considers this to be a pretext. She accuses the Russian President Vladimir Putin (69) of waging an economic war against Germany.

Russia’s supply cuts have helped gas prices skyrocket. Importers like the Düsseldorf-based Uniper Group can only provide replacements with billions in state aid. Household customers are threatened with bills that are many times higher than last.

There is great concern that Russia will further aggravate the situation and stop gas supplies altogether. The high energy prices have already largely ensured that inflation in Germany has risen to its highest level for almost 50 years.

From Russia came another proposal to use the gas pipeline Nord Stream 2, which was stopped after the invasion of Ukraine. “The moment of truth has come for European politicians. They have two options to get out of the situation they created themselves,” said Parliament President Vyacheslav Volodin (58).

Either the “illegal sanctions” against Russia would be lifted and Nord Stream 2 would be put into operation. Or they leave everything as it is, which will lead to problems in the economy and make life even more difficult for the citizens. Energy security is impossible without Russia, says President Putin’s close ally.

The situation on the European natural gas market seems to be easing further. On Thursday morning, the price of the futures contract TTF for Dutch natural gas fell by almost 7 percent to 223 euros per megawatt hour.

The contract is seen as a benchmark for gas prices in Europe. At the end of last week, its price was more than 100 euros higher. European natural gas currently still costs about three times as much as before the Ukraine war.

On the one hand, the surprisingly fast filling of the natural gas storage facilities in Europe is likely to be the reason for the recent relaxation. This at least somewhat reduces the risk of significant supply bottlenecks in the winter months.

In addition, efforts are being made on the European side to reduce the risk of bottlenecks by taking measures to curb demand. The offer is also to be expanded by additional sources of supply.