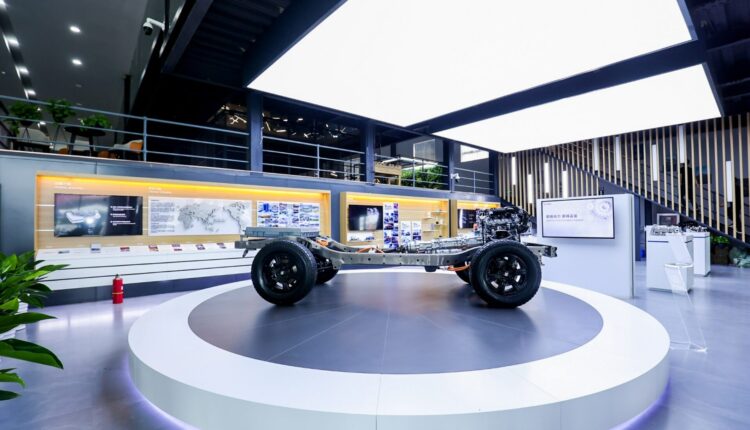 Carbon Tariff : The European Green Deal recently released by the European Union proposes that greenhouse gas emissions will be reduced by 55% by 2030 compared with 1990 (the previous target was 40%), and carbon neutrality is planned by 2050.

In order to achieve the above goals, the EU has formulated a package of policies, including “carbon tariff” tightening the carbon emissions trading system, increasing the use of renewable energy, launching low-emission transportation methods faster, and supporting their infrastructure.

Among them, in terms of transportation, the EU proposes to reduce carbon emissions from passenger cars and vans by 55% and 50% respectively by 2030 (previously, 37.5% and 31% respectively), and proposes that all new cars sold in 2035 are zero-emission vehicles – which means that the EU The sale of fuel vehicles will be banned from 2035.

This aggressive timetable can undoubtedly make all car manufacturers feel pressure. According to the previous plans released by various car companies, only Volvo is in front of the European Union among traditional car companies, and Volkswagen barely “steps on the point”. Volvo said that it would become a “pure electric luxury car company” by 2030, Volkswagen announced last month that it would stop selling fuel vehicles in Europe by 2035, and Daimler, another traditional car company that announced a flame ban, planned to achieve a full carbon neutrality of the new car lineup by 2039.

Barriers to carbon emissions “Carbon Tariff” are not only reflected in the product level, but also in the whole life cycle process such as production and manufacturing. The Green New Deal issued by the European Union this time confirms that it will implement the Carbon Border Adjustment Mechanism (CBAM), which is known as “carbon tariffs”, which is expected to be officially implemented in 2026.

On the one hand, the implementation of carbon tariffs will protect European enterprises to a certain extent from being competitively disadvantaged by adopting higher environmental standards. On the other hand, European enterprises are basically “blocked” by setting up factories abroad to avoid strict carbon emissions. Since the beginning of this year, BMW and other car companies have said that they will extend the goal of carbon reduction from vehicle use to the whole vehicle life cycle, including the production link. Daimler, Volvo, Porsche and others have said that they will upgrade carbon neutralization to the common goal of the whole industrial chain and product life cycle.

Whether all the new policies promulgated by the EU can be implemented is still unknown. At present, policies such as carbon tariffs and banning the sale of fuel vehicles are controversial both internationally and within the EU. It is understood that the New Deal proposal needs to be negotiated and approved in EU member states and the European Parliament, which is expected to take two years.

However, in the long run, environmental protection regulations are becoming more and more strict, and the automobile industry chain will eventually face a comprehensive and sustainable development path. Some industry insiders pointed out that under the strict emission regulations of foreign countries, China’s automobile industry chain exports will face considerable carbon reduction pressure.

Radical policies are opposed by the automotive industry.

The Green New Deal proposal announced by the European Union has aroused a lot of response. In the automotive industry, there is the most opposition to the radical plan to ban the sale of fuel vehicles.

The European Association of Automobile Manufacturers (ACEA) has publicly stated that automakers are willing to work to reduce emissions to zero, that all ACEA members support the carbon neutrality goal by 2050, and that they are willing to invest billions of euros in innovative and sustainable technologies – however, banning single at this stage. The technical path is not a reasonable direction.

ACEA emphasizes that fuel vehicles, hybrid vehicles, pure electric vehicles and hydrogen fuel cell vehicles can all play a role in the carbon reduction process requires with Carbon Tariff. In particular, energy conservation and emission reduction should not only measure new cars, but also take into account “Carbon Tariff” and all vehicles on the market. Therefore, energy conservation and emission reduction of fuel vehicles in the transition period are also crucial. It’s important.” It is not the internal combustion engine that is harmful to the environment, but fossil fuels.” ACEA said.

In addition, the industry also believes that the goal of reducing carbon emissions by 55% by 2030 is also “very challenging” Carbon Tariff. ACEA notes that this requires a substantial increase in the market capacity of pure electric vehicles in a short time, which would not be feasible without the joint efforts of EU member states and all relevant parties. It is necessary for member states to set corresponding binding goals and build the required charging infrastructure.” ACEA said.

In addition, ACEA also proposed that the new carbon reduction goal will significantly accelerate the structural transformation of the automotive value chain, requiring careful management to minimize the impact on the economy and employment.

The strong rebound of the industry against the EU Green New Deal “Carbon Tariff” proposal seems to contradict the previous image of active emission reduction in the automobile industry. However, in fact, there are also some different voices within European car companies on the topic of energy conservation and emission reduction. For example, Volvo is quite active in “banning combustion”, not only announcing that it will not sell fuel vehicles by 2030, but also publicly calling on the European Union to stop selling gasoline and diesel fuel around 2035. New models, including hybrid cars.

Volvo believes that the “strong” rule of the European Union to stop the sale of fuel vehicles will send a clear investment signal to car manufacturers, supply chains and infrastructure providers. At present, the operation of relevant enterprises in the United Kingdom, which has previously announced a “ban on combustion”, has been significantly stimulated.

When carbon reduction in the automobile supply chain is in progress and relation with Carbon Tariff.

Although the “carbon tariff” has not been really implemented, it has given European car companies enough warning. In the past year, the energy saving and emission reduction of the European automobile industry have extended from the product level to the production field, and even the supplier’s production field.

Zhao Mingnan, director of the Green and Low Carbon Research Office of CAIC Data, once told the media that the EU will set carbon footprint limit regulations for automobile parts and vehicles exported to the EU. It is expected that by 2024, power battery manufacturers and suppliers entering the European market must provide carbon footprint statements “Carbon Tariff”. By 2025, each car Automobiles exported to the EU need to account for carbon dioxide emissions released during their life cycle. Because of this, many multinational car companies began to adjust their supplier system in order to avoid risks in advance.

Again Carbon Tariff, It is understood that Daimler has used carbon emission targets as an important criterion for selecting suppliers, and said that some power batteries of the next generation can only be produced using renewable energy; BMW has also reached an agreement with suppliers that green power must be used to produce cells; and Volvo has proposed that by 2025, the global supply chain phase The carbon emissions of Guanguan have been reduced by 25%, while saying that the environmentally friendly and recyclable raw materials is an important basis for entering Volvo’s procurement list…

The latest case is Porsche. Recently, Porsche called on its nearly 1,300 component suppliers to adopt renewable energy. Porsche said that its flagship electric car, Taycan Cross Turismo, will become the world’s first carbon-neutral car with a full life cycle (including production, manufacturing, use process). It is said that starting from July, new suppliers will need to meet Porsche’s clean energy plan, otherwise Porsche will no longer sign contracts with it.

According to a press release by Porsche, its manufacturing supply chain accounts for about 20% of its total greenhouse gas emissions, and it is expected to rise to 40% by 2030 as the proportion of electric vehicles rises. Before that, Porsche’s battery suppliers had to use green energy since 2020.

Supply chain enterprises are obviously also laying out quickly. On July 26, German horse brand tires told the reporter of 21st Century Economic Report that it has taken the lead in expanding carbon emission reduction to the whole industrial chain, including raw material procurement, supply chain, production, use and even recycling: ensure that the source is completely traceable in the raw material procurement link, and strictly abide by local environmental regulations in the production process. And enterprise standards, strive to achieve 100% sustainable materials for tires by 2050.

What is the impact of the export of the automobile industry? what is relation with Carbon Tariff…

Once the EU’s “carbon tariffs” are implemented, they will undoubtedly have an impact on the automobile industry exported to Europe. Whether it is a vehicle or parts, it is difficult for foreign enterprises to meet the EU’s emission level in the face of strict environmental protection standards review in Europe.

The auto industry media China Automobile News once quoted an industry insider who declined to be named: Under the background of carbon neutrality, Chinese vehicle enterprises must be alert to carbon shocks.

“At present, there is a certain gap between China’s automobile industry and the European Union and other countries and regions. Under the trend of reducing emissions from the use stage to the whole industrial chain, the export of various models, especially electric vehicles, may be greatly affected by the industry chain. To meet the requirements of foreign carbon emission regulations “Carbon Tariff”, products produced by local automobile enterprises and joint ventures exported to foreign countries are likely to have to purchase more low-carbon parts and materials and technologies abroad.” The industry insider said.

The same logic is true for auto parts. In fact, multinational auto companies have required supply chain enterprises to reduce carbon. Many Chinese component suppliers have felt a real crisis. In order to cope with emission requirements, the original scale advantage and cost advantage are no longer obvious or even exist.

Radium Technology focuses on the field of integrated circuit chips and Microsystems.