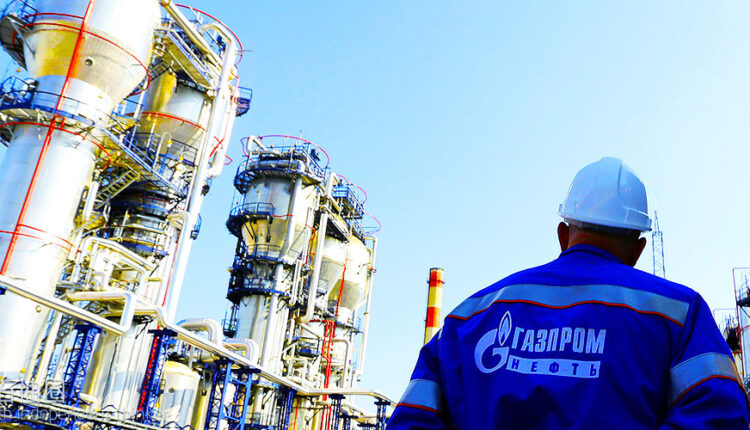 EU Natural Gas Storage and relation with the price of natural gas futures in the United States soared by 10%, all of which reached a new high in nearly a decade. Driven by the rise in natural gas prices, the relevant individual stocks in the Hong Kong stock market rose against the trend today, and A-share natural gas concept stocks are expected to continue to strengthen after the holiday.

Dutch TTF natural gas futures rose sharply, with the November contract soaring 22% to close at 117.9 euros per megawatt-hour, a record high, up nearly 6 fold this year.

The USA natural gas market also soared, with the main November contract price closing at $6.33 per million British thermal units, an increase of 9.78%. Today’s Asian trading period fluctuated narrowly until it closed around $6.32 at the cut-off.

Supply shortage is the root cause of the continuous rise in natural gas prices. According to data from the European Gas Infrastructure Organization (GIE), at the end of September this year, European gas inventories were only 75% of the total storage capacity, far lower than the same-day average (89 percent) in the past 5 years, and the inventory fell by 16% compared with usual.

The President of the European Commission said that the leaders of EU member states will discuss the establishment of EU strategic reserves of natural gas and proposals to decouple electricity prices from natural gas prices at a summit later this month.

Vonder Lane told the media in Estonia on the same day that the EU must invest in renewable energy, because it will make the EU self-sufficient in energy supply and help stabilize prices. However, in the short term, the EU will focus on specific issues such as natural gas storage and strategic reserves.

Also worrying about oil prices, John Driscoll, chief strategist of JTD Energy Services, said OPEC+’s decision was “very cautious actors until considering the ongoing energy crisis and possible supply disruptions. Needle. He believes that oil prices may even jump to $100 a barrel, but it is not sustainable.

The rise in natural gas prices has boosted the stock prices of related concept stocks. On October 6, the oil and gas sector in the Hong Kong stock market rose against the trend as a whole. Representative companies such as PetroChina (00857) rose by more than 4% and Petrochemicals (00386) rose by more than 3%.

AIA-America Energy (02686), which specializes in coal-bed methane, rose nearly 11% today, with its largest increase of 160% since the end of July.

Some small-capitalization energy companies in Hong Kong stocks rose even more staggeringly. Baiqin Oil Services (02178) rose nearly 40% at one time, and China Natural Gas (00931) also rose by more than 30% at one time. However, the above-mentioned individual stocks closed with a decline in the rise.

Natural gas concept stocks in the A-share market have continued to perform strongly this year. Take Guanghui Energy (600256) as an example. The company’s stock price has risen continuously since February this year, rising by as much as 207% this year. The outbreak accelerated in August and September, with monthly increases of 55% and 39% respectively.

Open Source Securities said in the research report that Guanghui Energy focuses on the natural gas business, with a steady growth in scale every year and continuous increase in profitability. Among them, the trade gas business relies on Qidong LNG receiving station, with high gross profit margin and good stability. Benefiting from this round of natural gas price increases, the company’s trading gas arbitrage space is expected to increase.

In addition, the third phase of the company’s Qidong LNG receiving station project entered the stage of full release of production capacity in 2021, and the rise in volume and price is expected to greatly improve performance. In the future, the current turnover capacity of the company’s Qidong LNG receiving station is 300 million tons/year, will be expanded to 500,000 tons/year by 2022, and to 1 million tons/year by 2025, with guaranteed long-term performance growth.

The natural gas industry chain can be divided into upstream production, midstream storage and transportation, and downstream distribution, and distribution chain companies have also performed. New Gas (603393) has risen by 102% since August, and Shenzhen Gas (601139) has increased by 49% in a single month in August.

Everbright Securities pointed out that since 2021, the CIF price of China’s imported LNG has continued to rise, driving China’s natural gas prices to rise all the way since March. On the demand side, China’s demand for natural gas increased greatly in the first half of 2021. From January to June 2021, China’s natural gas consumption increased by more than 20% year-on-year. Under the background of carbon neutralization,

China’s coal-to-gas process accelerated, and the demand for natural gas is expected to grow rapidly. On the supply side, since July, China’s liquid factories have entered a centralized maintenance period. With the increase of downtime maintenance manufacturers, the overall operating rate of China’s liquid factories has declined. In addition, due to the tight power supply, in late July, Ordos, Baotou, Alxa, Wuhai and other western regions of Inner Mongolia began to implement peak power restrictions. The operating rate of liquid plants further declined and LNG supply tightened.

The dual energy consumption control policy tends to be strict. Some liquid factories upstream of natural gas have been shut down for maintenance or production reduction, and the supply of LNG market has been greatly reduced. Generally speaking, the domestic natural gas industry shows a mismatch between supply and demand.