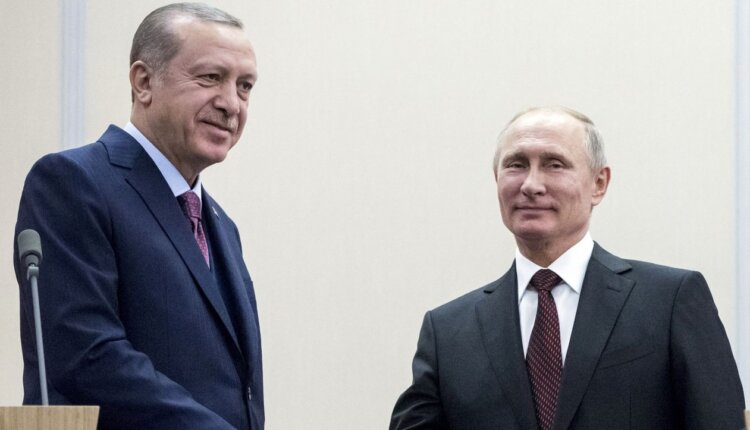 While Western countries are attempting to become independent of Russian oil, Turkey is taking a different approach. The country has more than doubled imports of Russian oil this year.

Imports have so far averaged more than 200,000 barrels per day, up from 98,000 in the same period last year, according to data from financial services firm Refinitiv.

Turkey has Russia despite the war against Ukraine not yet sanctioned and justifies this by being dependent on Russian energy supplies. President Vladimir Putin and his Turkish counterpart Recep Tayyip Erdoğan even agreed on increased economic cooperation at the beginning of August.

The Turkey has also taken on a mediating role in the conflict over the grain blockade in the Black Sea. The route for agricultural exports via the Ukrainian Black Sea ports had been blocked for months due to the Russian war of aggression.

On July 22, the war opponents Ukraine and Russia, mediated by Uno, each separately with Turkey Agreement signed to allow grain exports from Ukraine from three ports. As part of the agreement, the UN and Russia also signed a separate memorandum of understanding. According to the UN, this provides for the promotion of the export of Russian food and fertilizers.

The International Energy Agency revised its forecast upwards only this month and now expects higher oil production in Russia this year. Previously, the agency had assumed a sharp decline in Russian supply.

Currently, both the rising oil consumption for electricity generation and the conversion from gas to oil are boosting demand for raw materials.

Although exports of crude oil and other oil products to Europe, the USA, Japan and Korea have decreased since the beginning of the war, the report said. However, the diversion of the flows to India, China, Turkey and other states as well as higher Russian domestic demand cushioned the losses.

Even at the beginning of the year, oil imports from Russia accounted for one fifth of the total oil imports into Turkey. According to data from the research organization Centre for Research on Energy and Clean Air (CREA), Turkey is the largest importer of Russian gas after China, the Netherlands and Germany.

Russian oil cheaper to have

According to the data, the most important Turkish refineries have processed significantly more Russian oil of the Urals and Siberian Light varieties.

Russia is the third largest oil producer in the world after the USA and Saudi Arabia. A barrel (159 liters) of the North Sea variety Brent currently costs around 96 dollars.” The decision of the Turkish refineries was obvious because they have no restrictions on the purchase of Russian oil,” said a trader.

The profit margins are good. Neither the Turkish Ministry of Energy nor the refineries wanted to comment on the data on request. 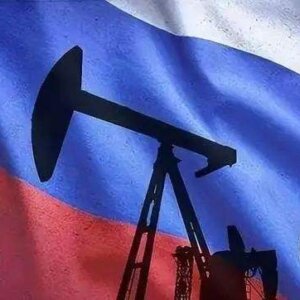 The turquoise bar, which stands for India, is not particularly large. On its website, the Finnish think tank Centre for Research on Energy and Clean Air has compiled a few diagrams showing where Russia sells its crude oil.

In May, India imported seven percent of the total quantity, in June the bar shrank again to four percent. And yet it is bigger than at the beginning of the year. Because shortly before the war in Ukraine, India hardly bought Russian oil.

A development that Thomas Puls from the Institute of German Economy in Cologne also observes: “India definitely imports more oil from Russia. This is simply because Russia has to give its alternative discount a huge price discount. Since the beginning of the war, it has been between 30 and 35 dollars per barrel.”

Fact II: India sold billions in fuels to the EU in April

The Center for Research on Energy and Clean Air assumes that India will resell this oil as fuel immediately – including to the EU. Because not only do the chart bars grow when importing Russian oil, exports of Indian petroleum products are also skyrocketing. According to the Indian Ministry of Commerce, India sold fuel worth about one billion US dollars to the EU in April. In 2021, it was still $287 million in the same period.

However, economic expert Thomas Puls believes that this development is not long-lasting. “There was already a significant decline in May. And the Indian government levied export taxes at the beginning of June because it wants to try to keep the price of fuel in India lower. That’s why I think this factor will largely be done,” explains Puls.

It cannot be fully proven that India has continued to sell Russian oil to Europe. Because there is no information about whether the exported Indian petroleum products contain Russian crude oil. But because India imported more and exported more a short time later, experts like Thomas Puls at least think it is likely.

Germany Dairy farmers are fighting for survival : without farmers there is no cream cake