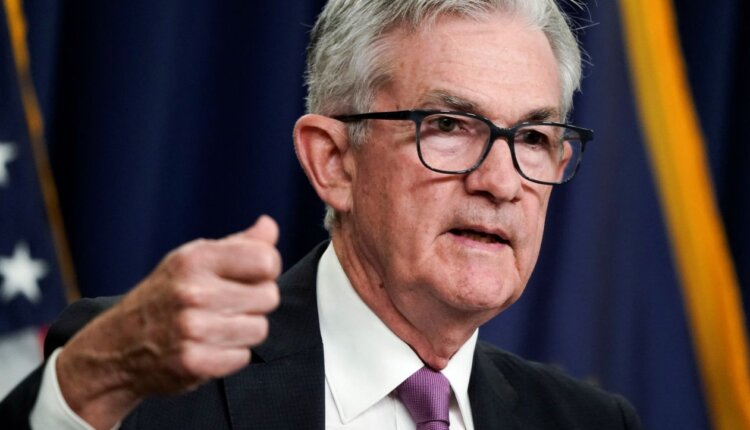 In view of the interest rate step against inflation, the US Federal Reserve increased its key interest rate again by 0.75 percentage points.

It is now in the range of 2.25 to 2.5 percent, as the Federal Reserve (Fed) announced on Wednesday. With this measure, the central bank of the world’s largest economy wants to get the high consumer prices under control.

The pressure on the central bank is great: at 9.1 percent, the rate of inflation in the USA is the highest it has been for around four decades.

The tight monetary policy is not without risk for the central bankers – they have to be careful not to slow down economic growth too much. In June, the Fed raised interest rates by 0.75 percentage points. It was the largest rate hike since 1994, i.e. for almost 30 years.

Usually, the Fed prefers to raise interest rates in 0.25 percentage point increments. It is the fourth rate hike this year. At the beginning of the year, the key interest rate was still in a range of 0.0 to 0.25 percent.

America in fear of a recession

The once again unusually large interest rate step fuels the fear of a recession. Increases in the key interest rate by the central bank make loans more expensive and slow down demand. This helps bring down the rate of inflation, but it also weakens economic growth.

This is also likely to result in a higher unemployment rate. At 3.6 percent, this is currently at a very low level in the USA: According to the Department of Labor, around 5.9 million people were unemployed in June. Before the outbreak of the corona pandemic in February 2020, there were 5.7 million.

Fed chief Jerome Powell (69) had already made it clear that slightly higher unemployment figures are a necessary evil for him in the fight against high inflation. Many companies in the US are desperately looking for workers right now – this means that wages are rising, which in turn is driving up prices.

The Fed should now want to send a clear signal with its tight monetary policy. It’s about convincing businesses and families that the current inflation will not last. Because if people expect high inflation in the long term, sooner or later they will demand higher salaries. In return, companies raise prices to cover rising labor costs. The result: the prices keep rising.

However, the monetary watchdogs can only influence prices to a very limited extent with their interest rate policy. Disruptions in global supply chains and rising energy prices are not directly responding to US interest rates.

The Fed cannot control the consequences of the Russian war of aggression in Ukraine and the corona lockdowns in China. It is now at least expected that the US inflation data for July could send an initial positive signal. They will be published in August – the rate of inflation could then at least slow down somewhat, as gasoline prices in the United States have recently fallen again.

After the Fed meeting, Powell said the Fed could raise interest rates a third time, by 0.75 percentage points. Such a step is possible at the next regular time in September. The decision depends on the economic development. The Fed also will not hesitate to take an even bigger step if the need arises, Powell added.

At the same time, the head of the central bank admitted that the interest rate hikes would have an impact on economic growth. Over time, therefore, it may become necessary to slow the pace of monetary tightening. For the coming year, when the financial markets are already pricing in rate cuts due to recession concerns, the Fed still expects rate hikes, Powell said.

Wintershall Dea : BASF subsidiary continues to hold on to Russia due to big assets