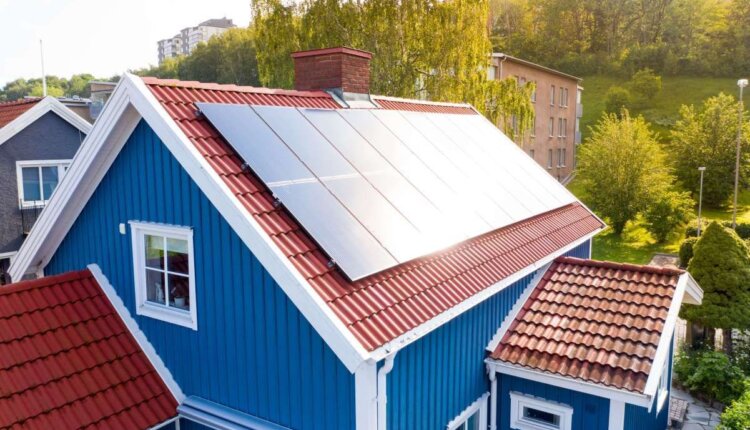 The business with photovoltaics and storage is running smoothly at the solar trading and installation company Otovo.

As the company announced, it sold more than 1,700 storage units in the first year in which it offered electricity storage.

Otovo thus achieved a turnover of over 10 million (million) euros. In the second quarter of 2022, the group also tripled its total sales compared to the previous year to EUR 19 million. The company also reported a quadrupling of gross profit. Otovo is already profitable in three countries.

The Norwegians offer their services in Germany, France, Italy, Norway, Poland, Spain and Sweden. Austria, Great Britain and Portugal will be additional Otovo markets this year. Otovo had previously focused on the installation of solar systems. When it was founded six years ago, it was still unthinkable to rely on electricity storage.

“Electricity storage seemed promising, but the technology was not yet ready for consumer use and the cost was too high to reach a mass market. It was a bit like mobile phones in the 1990s: cool, but not quite there,” says Andreas Thorsheim, CEO of Otovo.

Nevertheless, the prices for electricity storage for consumers have been falling continuously and the combination of storage and solar system is now the Otovo standard for some markets. According to Bloomberg New Energy Finance, electricity storage prices, which exceeded $1,200 per kilowatt-hour in 2010, have fallen 89% in real terms to $132/kWh in year 2021.

Every fourth buys a memory

Otovo now relies on electricity storage in all markets: when Otovo company started in Italy in the second quarter of 2021, storage was a direct part of it.

The results in Italy have been so promising that the company added electricity storage to its inventory in Spain in September, Germany in December last year and Poland, Sweden and France in February this year.

“In our European markets, on average every fourth customer buys a power storage device with their solar modules. Italy and Germany lead the way, with seven out of ten customers adding power storage to their home energy system,” says Thorsheim. Otovo assumes that the storage market will continue to grow and that the connection rates for electricity storage will increase significantly.

“I believe that within a generation every house in Europe will have an electricity storage system installed. In a few years it will be unusual not to add storage when buying a solar system, electric vehicle charger or heat pump,” says Thorsheim. With storage, it is possible for consumers to use the electricity even when the sun is not shining. Around 80 percent of the self-generated electricity can be used directly or via storage.

The feed-in of electricity via the expensive and unstable grid is largely avoided thanks to storage. In addition, excess electricity can be fed into the grid. In this way, PV system owners receive additional money and increase the profitability of their own system.

They can also trade energy, buying energy when it’s cheap and discharging it when it’s expensive or they can limit electricity consumption during peak periods in the markets to avoid high grid fees.

Otovo company was started in January 2016 by Andreas Thorsheim, Simen Fure Jørgensen, Lars Syse Christiansen and Andreas Bentzen with the ultimate vision to bring clean and local energy to every home in Europe.

Otovo company is an online marketplace that organizes hundreds of local, high-quality, and qualified energy installers. Otovo use it’s own proprietary technology to analyze the potential of any home and finds the best price and installer for customers based on an automatic bidding process between available installers.