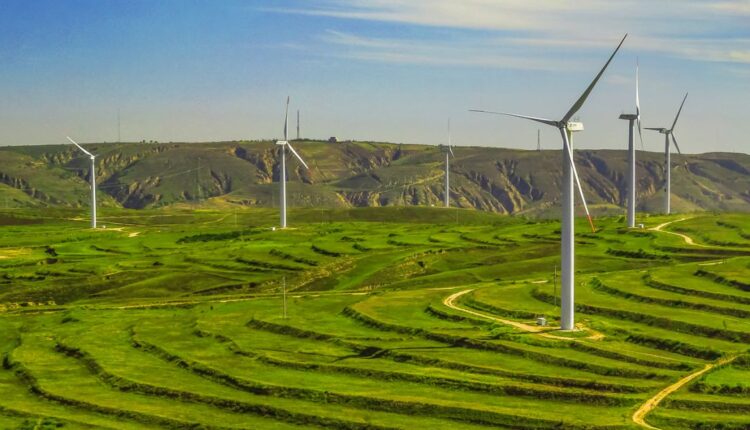 Wind Power New Energy can be said that for a long period of time in the past and in the future, we will invest in this map, from the energy production end to the energy consumption end, and then to the energy transmission and energy carriers in the middle. The difference is that at different points in time, the market focuses on different directions.

From the perspective of news, Andreas Nauen, CEO of Siemens Gamesa, one of the world’s top five wind turbine manufacturers, said in an interview with the media that it will suspend wind turbine sales in China and increase prices by 5% globally. “Siemens Gamesa”

Nauen said that, like many other complete machine suppliers in the West, Siemens Gamesa has become less competitive after the rise of local complete machine manufacturers in China. Therefore, the Chinese market is no longer the focus of Siemens Gamesa attention. At the same time, the Russian and Turkish markets are being considered for abandonment.

Wind power new energy has become a hot market today. In the concept sector of wind, it ranked first in the market with a growth rate of 9.78%. Of the 28 stocks in the entire sector, 17 were nailed to the daily limit.

In addition Wind Power New Energy, China is planning a large wind power photovoltaic base project. The total amount is expected to be 400GW. It is expected that half of the scale will be completed in the 14th Five-Year Plan. This is another major plan for the new energy country after the entire county is promoted. China’s new energy project construction has reached a new level. It is estimated that the newly installed capacity will be increased from 100GW to 130-150GW in 14 to 5 years, which is 30%-50% higher than expected. Among them, wind power and photovoltaic are expected to account for half, and there are a small number of solar thermal projects.

These two news are also a fuse that detonated the market today.

The industry space, the future world will definitely be renewable energy , this is certainly true, and several types of renewable energy, the ceiling of the endowment of hydropower resources is obvious, nuclear power, biological energy, etc. cannot be increased, only two can be large. In terms of scale, only photovoltaic and wind power are available.

In the industry space of Wind Power New Energy, the compound annual growth rate of new installed capacity will be about 15% in 2022-2025.

15% is logically a very high growth rate, but it is slightly lower than that of photovoltaics. Photovoltaics is expected to have a compound annual growth rate of 25% in the next few years. To be conservative, it is also above 20%.

From a cost perspective, the levelized cost per kilowatt-hour of onshore Wind Power New Energy is lower than that of photovoltaics, but the total installation cost is still not falling but fast, and it is expected that photovoltaics will decline faster in the future. These are also the main reasons why the market likes photovoltaics but dislikes wind power.

Such a competitive landscape can basically explain one thing. The technical threshold of this industry is not very high. The company may be fighting for cost control, sales, or channels and other factors.

Although the wind power industry seems to be inferior to photovoltaics, it cannot stand up and the valuation of the wind power sector is low. At Tongwei and Longji’s 50 times valuation, the leading wind power companies are 18 times by Goldwind and 23 times by Mingyang Intelligent.

From the perspective of the industrial chain, wind towers and blades account for the main cost. “Wind Power New Energy”

1. The OEM’s short-term performance is flexible

A) From the perspective of bidding volume, domestic wind turbine bidding volumes in 2019 and 2020 are 65.2GW and 31.1GW respectively.

C) From the perspective of component prices, onshore wind power has experienced substantial rush installations in 2019 and 2020 After the subsidy is no longer subsidized in 2021, the price of parts and components will also decline to a certain extent. High-priced order recognition revenue and the widening of the scissors gap caused by the decline in the price of onshore wind power components will increase the gross profit margin of OEMs. It is recommended to pay attention to Yunda, Mingyang Intelligent and Goldwind Technology.

The core components are optimistic about the Wind Power New Energy market leader in the segment with a large market scale and a good competitive landscape. Recommend Riyue, which has global competitive advantages and leads the layout of large-scale castings, Jinlei, a spindle supplier with a high degree of industry concentration, and Xinqianglian, a bearing manufacturer with a low degree of localization, pay attention to the large market space and relatively competitive landscape Dispersed tower tube leader Tianshun Wind Energy , blade supplier Sinoma Technology.

The main components of wind turbines include blades, inverters, gearboxes, electrical control systems, generators, main shafts, and hubs. Due to the different driving methods, the components of doubly-fed and direct-drive fans are different, mainly related to the presence or absence of a gearbox. Take Mingyang Intelligent 2.0MW double-fed wind turbine fan as an example: a single fan sells for 6.39 million yuan and costs 5.28 million yuan, of which blades account for the highest proportion of material costs (23.89%), followed by gearboxes (18.67%) ), pitch control system (17.05%), generator (6.67%).

silicon Price has successively created a historical one-month increase of more than 60% Sep. 2021