The future of natural gas development is expect demand recovery and energy transformation. 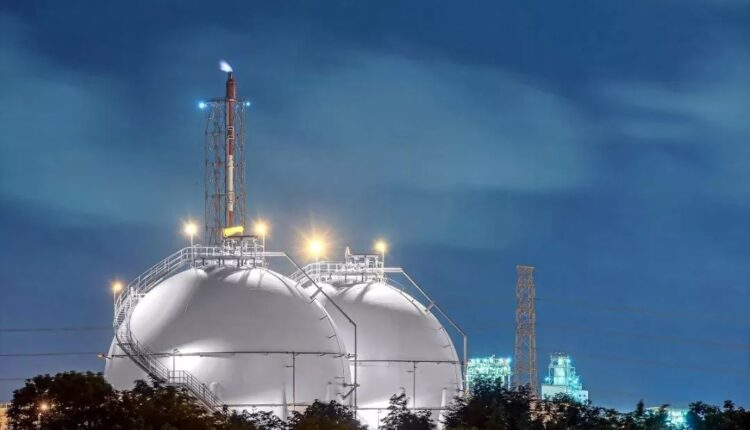 According to World Energy on July 20, Brazil’s natural gas production to the market increased by 4.5% year-on-year in June, up 1.7% month-on-month to 58 million cubic meters per day. With the global coronavirus vaccine being widely inoculated, the world decide the future of natural gas, and energy demand has improved significantly. At the same time, the price of carbon emission rights futures in the European Union has risen to more than 50 euros/ton, and the online trading of China’s carbon emission rights trading market have also further promoted the global “gas-for-coal” process. Many institutions believe that natural gas is about to usher in the best development period.

The future of natural gas : In the first half of 2021, WTI crude oil futures rose 51% from the beginning of the year, and Brent crude oil futures rose by 45%, all of which were the highest semi-annual increase since 2009. While the overall oil and gas market is warming up, with the rise of the EU carbon emission right futures price to more than 50 euros/ton, and China’s carbon emission right trading market launched online on July 16, the global “gas instead of coal” process has been further promoted, and the price of natural gas has also risen to a multi-year high.

According to the data, the price of natural gas in Europe rose by about 90% in July compared with the beginning of this year, and spot prices of LNG in Asia soared to an eight-year seasonal high earlier this month. According to the natural gas processing network, the average price of LNG delivered in August reached about 14 US dollars/million British heat units.

According to data from Vortexa, an oil analysis company, rise in the future of natural gas push total global delivery of liquefied natural gas rose to 29.9 million tons from 27 million tons in the same period last year in June this year, and the delivery volume remained at more than 30 million tons from November last year to May this year. If the strong growth in natural gas demand in 2021 is the result of the global economy’s recovery from the coronavirus epidemic, then the growth in demand after that is driven by economic activity and fuel substitution.

In fact, there is no doubt about the importance of natural gas to energy transformation. It can not only play an important role in solving problems such as wind power, intermittent photovoltaic power generation, instability, but also play a bridge role in energy transformation. The report believes that unless there are major policy changes to limit the future of natural gas consumption, natural gas demand will continue to grow in the next few years, and natural gas demand will reach nearly 4.3 trillion cubic meters by 2024, an increase of 7% from pre-epidemic levels.

The future of natural gas demand will grow rapidly in the future, driven by the sustained global recovery of the global recovery of the low-carbon strategy, the risk of tight market structure will not rise as a result. The market generally believes that conventional projects that have been approved or under development can basically meet most of the new needs.

According to the latest report of GlobalData, a data analysis company, from the planned and announced new projects from 2021 to 2025, the future of natural gas in Middle East region will account for about 37% of the growth of global natural gas processing capacity by 2025, leading the growth of the global natural gas processing industry. By 2025, the Middle East region will have 594 million cubic meters of additional natural gas treatment capacity, of which 549 million cubic meters will come from approved planned projects and the rest will come from unapproved announced projects.

In fact, as the main natural gas producer in the Middle East, Qatar’s LNG exports remained strong even in 2020, which was hit hard by the epidemic – ranking first in the global export volume. This year, Qatar has taken a number of measures to expand the future of natural gas market share. First, in February, the total cost of 28.75 billion Northern Oilfield Eastern Project (the largest LNG project approved in recent years) was approved, and a trading team was set up in May to actively compete for spot market share in Asia.

Russia and the United States will also become important supply forces to meet the new demand. Russian Prime Minister Mishustin approved a long-term LNG development plan in March, which is expected to triple Russia’s LNG production capacity from its current level to 140 million tons per year by 2035, accounting for 20% of the future of natural gas global LNG market share.

On the U.S. side, new investments in shale gas production will also be in place to support the export capacity of liquefied natural gas. The report believes that the United States will account for the majority of the new LNG production capacity in the next three years. According to GlobalData, by 2025, North America will rank third in the global growth of natural gas processing capacity with 351 million cubic meters of new natural gas processing capacity.

Supply will transition to low carbon

Under the net zero emission target, future of natural gas only the reduction of greenhouse gas emission intensity across the value chain can support the sustainable development of natural gas in the future. Carbon neutrality and LNG obtained through carbon offset, as the product of the new idea of green recovery, have become an important way out for natural gas development. Recently, more and more oil and gas companies have joined the carbon-neutral and LNG transactions.

Sempra Energy announced on July 15 that it had signed a contract with bp to supply carbon neutral and LNG. The first carbon neutral LNG arrived on July 16. All carbon dioxide and methane emissions related to the production of this LNG will be carbon credit generated by afforestation project in Mexico by bp. offset by the amount; Shell and PetroChina also recently signed the world’s first carbon-neutral and LNG fixed-term contract for five years.

In addition, the development of carbon management solutions to minimize emissions from combustion is another way for natural gas to transition to low carbon. The report also believes that reducing methane emissions is an effective way to reduce the carbon footprint in terms of time and cost. The analysis of the International Energy Agency’s methane tracker shows that up to 40% of methane emissions can be avoided without paying a net cost.

Many oil and gas companies also recognize the importance of reducing combustion and methane emissions. ExxonMobil has proposed internal rules on strengthening methane regulation, and in its Energy and Carbon Emission Summary released in December 2020, it has set targets for reducing methane emission intensity by 40% to 50% and combustion emission intensity by 35% to 45% by 2025 which affecting the future of natural gas.

Total is also committed to reducing methane emissions, successfully achieving the goal of reducing gas combustion by 80% in 2017, and committed to completely eliminating gas combustion at operating facilities by 2030. Chevron plans to reduce methane intensity by 50% and decomortion intensity by 65% by 2028 compared with 2016, and achieve unconventional decommination by 2030.

OPEC+ decided to increase the average daily output by 400,000 barrels from August 2021.