This is how major danger fires in forests can be prevented 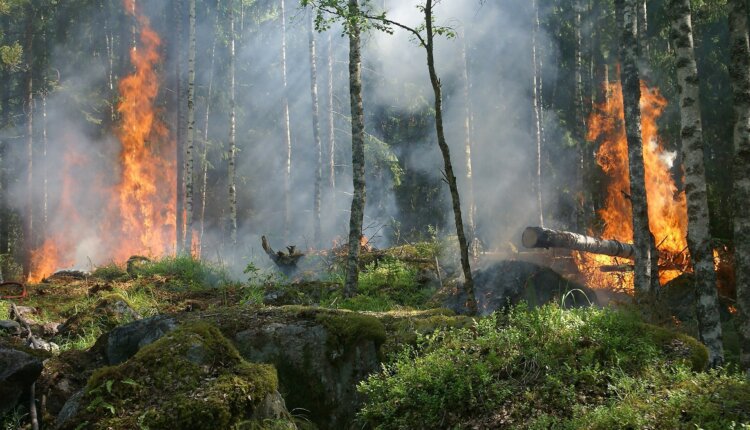 In addition to the high temperatures Germany too the persistent drought. Because of the increased risk of fires in forests, the highest warning level now applies in many regions.

To prevent fires, pedestrians and drivers should be particularly careful. But the trees themselves also play a role.

No. From March to October there is an absolute smoking ban in the woods.

In several federal states such as Berlin, Brandenburg, Rhineland-Palatinate, Saxony, Thuringia and Mecklenburg-Western Pomerania, smoking in the forest is even prohibited all year round. Cigarettes should also not be thrown out of cars or trains, as fires can quickly break out on embankments on roads or railway lines.

According to the German Fire Brigade Association (DFV), the burning glass effect caused by carelessly discarded bottles or broken glass is a myth from a scientific point of view nevertheless, the rubbish does not belong in the forest.

Camp and barbecue fires are only permitted at designated fireplaces. Otherwise, no fire may be lit in or near the forest. As a rule, a distance of one hundred meters to the edge of the forest must be maintained, in some federal states at least 50 meters.

Embers can still set off a fire hours or days later.,On excursions into nature, drivers should only use designated parking spaces, because hot exhaust systems can ignite grassy areas.

In addition to all models with catalytic converters on the vehicle floor, this applies to more and more vehicles with the emission standard Euro VI. If these are switched to regeneration mode, very high temperatures can occur.

In the event of a forest or field fire, the fire brigade should be called immediately on the emergency number 112 or the Police can be alerted under the emergency number 110. If possible, the exact location of the fire, the extent and type of fire, i.e. whether it is burning on the ground or in the treetops and your own location should be specified.

In addition, the fire should be contained as far as possible by initial attempts to extinguish it. However, your own safety always comes first.

Negligent and intentional arson are criminal offenses, serious cases can be punished with imprisonment. State forest laws also provide for fines for violators of forest fire protection bans. Merely lighting a cigarette, for example, can cost smokers a fine of between 80 and 100 euros.

No, wood can even prevent fires, but it has to be the right one. It is no coincidence that pine monocultures in particular are at risk of fire. Deciduous and mixed forests are significantly cooler, wetter and darker than pine crops; bad conditions for the rapid spread of a fire.

The dense canopy also retards grass growth, so if the drought persists, the soil will have less tinder for a fire to spread through. In pure pine plantations, this protection is lacking, the trees can thus become a danger to themselves.

The resinous pines burn quickly, dry needles on the ground feed possible fires and the wide spaces between the trunks prevent effective windbreaks, the monoculture is on fire, fant the incoming air further fueled the fire.

In addition, many pine plantations are managed in such a way that water-storing deadwood is removed – if there is a fire, there is no fire extinguisher.

Many experts therefore agree: mixed forest beats monoculture. That is quite possible. In Brandenburg, for example, the forest authorities can close the forest if there is a high risk of forest fires. This is marked by signs.

Private liability insurance will cover the damage, unless it is an intentional act. Gross negligence – i.e. breach of duty of care is included. For forest owners there is special insurance against fire damage. According to the Federal Office for Agriculture and Food, there are 1120 forest fires per year on a long-term average, which destroy an average of around 780 hectares.

However, the numbers vary greatly depending on the weather conditions, and there are also regional differences in the risk of fire. The state of Brandenburg, for example, is particularly threatened due to sandy soil and extensive pine forests. Certain areas in Mecklenburg-Western Pomerania and Lower Saxony and on the Upper Rhine are also considered to be more at risk.

Wintershall Dea : BASF subsidiary continues to hold on to Russia due to big assets