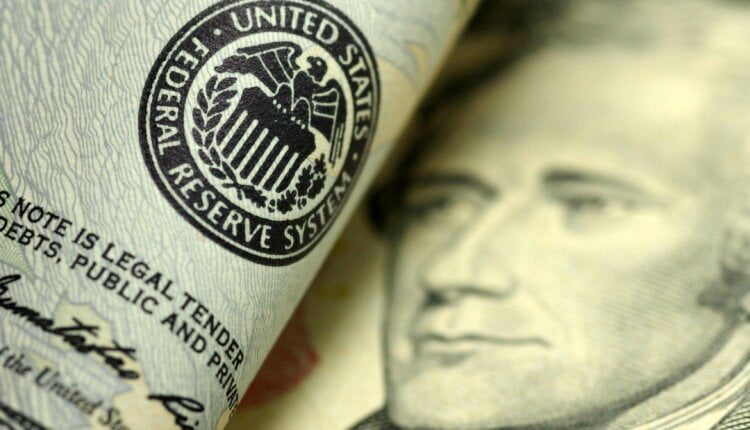 Bond Interest Rate, The minutes of the FOMC meeting show the necessity of raising interest rates in advance and the possibility of shrinking the table in advance against the background of a steady recovery of economic fundamentals, continued high inflation, and limited epidemic disturbances.

Acceleration of Fed tightening may push up U.S. bond interest rates rapidly, leading to an adjustment in the stock market. For China bond interest rate market, the tightening of the Federal Reserve’s policy will lead to the convergence of interest rate spreads between China and the United States, or a certain disturbance to the pace of foreign debt purchase, but it is difficult to change the trend of foreign investment holdings.

The economy is basically good, inflation is running at a high level, and the impact of the epidemic is limited, which has pushed the Federal Reserve to raise interest rates, leading to a rapid increase in U.S. bond interest rates.

The minutes of the FOMC meeting in December 2021 showed that the United States was facing a serious labor shortage and rapid wage growth, and the employment market was tight.

At the same time, the recovery of the U.S. labor market was relatively clear and gradually approaching the Federal Reserve’s maximum employment target; inflation levels were persistent and rising beyond expectations. In the future, inflation risk increased, the hidden danger of inflation appeared, and the need for the Federal Reserve to tighten in advance increased, Omicron strain increased economic uncertainty, but did not fundamentally change the trend of economic recovery in the United States.

The discussion on interest rate hikes and shrinking in the minutes of the meeting strengthened the Federal Reserve’s tightening expectations, and bond interest rates rose rapidly.

If the Federal Reserve’s future tightening speed exceeds market expectations, it will push up U.S. bond interest rate. It is expected to raise interest rates three times this year and there is a possibility of shrinking the table.

What is the impact of monetary policy tightening expectations on the economy and financial markets?

Against the background of the current loose monetary environment and a better economic recovery trend, coupled with the expectation of the Federal Reserve to raise interest rates gradually, it is expected that the pressure on the economy will be limited at the beginning of this round of interest rate hikes.

Under the current factors such as accelerated tightening of the Federal Reserve’s monetary policy, the expectation of raising interest rates, and inflation will continue to operate at a high level in the short term, bond interest rate is expected to rise rapidly in the near future or across the board.

The stock market is facing adjustment by rising risk-free interest rates or suppressing the price of risky assets.

What is the impact of the rapid rise of U.S. bond interest rate on the Chinese market? 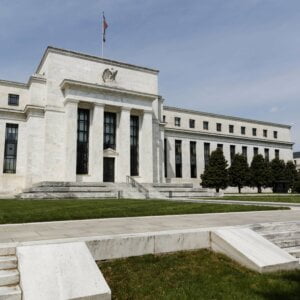 If China’s exports were not weak in the first half of this year, the impact of the Federal Reserve’s monetary tightening policy on the exchange rate of the RMB (6.3778) is expected to be limited.

If the global supply chain improves and demand returns to normal in the second half of this year, the export substitution effect of China may weaken, and the tightening of overseas monetary policy is expected to become the leading factor driving the trend of the RMB.

The convergence of interest rate spreads between China and the United States may have a certain disturbance with the pace of foreign debt purchase, but it is difficult to change the trend of increasing holdings.

The continuous narrowing of interest rate spread between China and the United States may affect the window period of domestic monetary policy easing.

On January 5, 2022, the Federal Reserve released the minutes of the FOMC meeting in December 2021. The minutes of the meeting disclosed the preliminary discussion of the participants on the appropriate conditions and timing of interest rate hikes and scale shrinking, pointing out the necessity of raising interest rates in advance and the possibility of early shrinking the table, which triggered a fast yield on 10-year U.S. bond interest rate on the same day.

The U.S. stock market plunged collectively with a rapid rise and exceeded 1.7%. And how much upward pressure will the bond interest rate market bear due to the accelerated tightening of the United States? Will it lead to a sharp decline in the stock market in the first quarter of this year? Will the Fed’s tightening push the U.S. economy into a recovery or recession?

The United States is facing a serious labor shortage and rapid wage growth, and the job market is tight.

The minutes of the meeting pointed out that the near-record resignation rate and job vacancy rate, as well as signs of a sharp rise in wage growth, indicate that the U.S. labor market is tight.

The gap between the vacancy rate and the employment rate has further widened to a new high since 2015. The number of separations in October was 4.157 million, which is also at an all-time high level. The U.S. labor market gap has widened, and it is difficult for companies to recruit workers.

Companies have raised their salaries to attract talents. Pay has increased significantly, with an average hourly wage of 4.8% year-on-year in November, which is at an all-time high growth rate and has continued to rise since 2021.

The minutes of the meeting showed that the labor market situation continued to improve, employment had increased steadily in recent months, and the unemployment rate had fallen further sharply.

The unemployment rate in the United States fell from 4.6% on October to 4.2% on November, the lowest since February 2020, gradually approaching the pre-epidemic level.

The level of inflation is gradually climbing, and the persistence and increase are higher than expected. The minutes of the meeting mentioned that “the consumer price inflation rate as of October is still high, and inflationary pressure has expanded in recent months”.

Since 2021, the mismatch between supply and demand has led to a sharp rise in inflation levels, and the year-on-year growth rate of CPI has risen from 1.4% in January to 6.8% on November, the highest since 2000, the trend of core PCE is similar to that of CPI, rising by 3.5% from December 2020 to November 2021. 2%, which also reached its highest level since 2000, in November last year, far exceeding the highest level

The risk of inflation is rising, the hidden dangers of inflation are obvious, and the need for the Federal Reserve to tighten policy ahead of schedule has increased.

In November, the year-on-year growth of retail sales adjusted by inflation (real value) was 13.31%, slowing down, while the consumer confidence index fell, showing the inhibitory effect of high inflation levels on consumption.

The minutes of the meeting pointed out that Omicron variant strains may exacerbate frictions such as labor shortages and supply-side constraints, which will continue to pose downside risks to economic activities and inflation.

The vacancy rates in the accommodation, catering and art, entertainment and leisure industries seriously affected by the epidemic will exceed 10% in 2021.

The worsening of the epidemic will lead to staff shortages, increase the labor gap, push up inflation and further restrict the supply side. The epidemic will also hide people’s consumption.

Federal Reserve data shows that the balance of credit cards is 1 The weekly month-on-month growth slowed down in February, even negative, the first month-on-month decline since October 2020. Therefore, the COVID-19 pandemic may slow down economic growth and push inflation upward.

Although the surge in COVID-19 cases and hospitalizations and the risk of Omicron’s drug resistance will have an impact on the economy.

However, the hospitalization rate and severe illness rate of Omicron mutant strains are low, and the rapid decline in the number of new cases in South Africa also indicates that the United States may usher in a period of weakening the epidemic in the first half of 2022.

Many participants pointed out that the emergence of the Omicron variant made the economic outlook more uncertain, but some participants said that they had not seen a new variant fundamentally change the path of economic recovery in the United States.

Against this fundamental background, monetary policy has shifted from loosening to achieve the goal of maximum employment and price stability

On January 5, 2022, the Federal Reserve released the minutes of the FOMC meeting in December 2021. The minutes of the meeting mentioned that participants discussed the conditions for raising interest rates and proposed the appropriate conditions and timing for the current round of shrinkage for the first time.

The minutes also showed the need for raising interest rates in advance and the possibility of accelerating shrinking the table, indicating that the Federal Reserve may move forward. Accelerate monetary policy tightening in one step.

The Federal Reserve raised the need to raise federal funds rate earlier and faster. The minutes of the Federal Reserve’s meeting in December last year showed that participants generally pointed out that based on their personal views on the economy, labor market and inflation

It may be necessary to raise federal funds interest rates earlier and faster than previously expected. At the same time, some participants pointed out that in some cases, the Federal Reserve’s target range of raising federal funds interest rates may be appropriate until the maximum employment rate is fully achieved, such as when employment targets and price stabilization targets do not match economic development, and inflationary pressure and large continuous rises in inflation expectations may hinder the United States.

When the Federal Reserve achieves its long-term goals, it means that there is a possibility of raising interest rates before achieving the goal of maximizing employment. Based on the FOMC dot matrix in December, 12 members believe that interest rates will be increased at least three times in 2022.

As the economy improves further, the economic environment in 2022 may trigger the Federal Reserve to raise interest rates early.

At the same time, the summary pointed out that many participants judged that if the current rate of improvement continues, the labor market will soon approach the maximum employment.

The market is expected to raise interest rates.