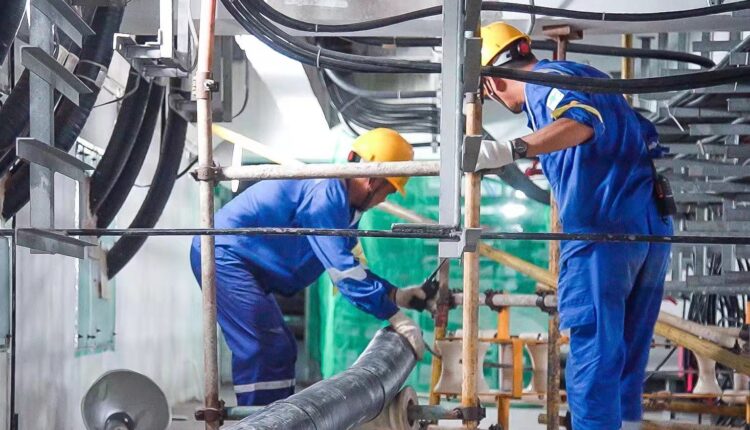 However, due to the great difficulty of project implementation, at present, the above application scenarios are still blank at home and even around the world.

The superconducting cable laid this time passes through the bustling roads, subway areas, core business circles, etc. in the central city of Shenzhen.

The laying environment space is narrow, with special and complex working conditions such as 24.2 meters vertical drop, more than 10 corners less than 90 degrees and short-span S-shaped corners, and staggered transmission pipelines. There is almost no precedent experience to follow. It is a typical “small corridor” of complex power transmission in big cities. Even laying conventional cables is very challenging.

In the face of such special and complex working conditions, in order to ensure the smooth completion of superconducting cable laying, in the past three months, the superconducting cable project team of Shenzhen Power Supply Bureau has carried out dozens of on-site surveys and discussions, and formulated a special solution of “off-site simulation laying + on-site pre-laying”.

The project team has built a simulation site in the factory site, restored various special and complex working conditions, carried out many simulation laying drills, obtained a large amount of valuable data, accumulated on-site experience, and laid a solid foundation for field laying. At the engineering site, analog cables of the same scale and weight were pre-layed twice, providing the most direct reference basis for formal laying.

During the laying process, in addition to the conveyor and hoist required for conventional cable laying, the project team has developed special auxiliary guidance, turning radius limit protection, pipe center positioning, well-shaped conveyor wheel set and other laying tools, which ensures that the superconducting cable body laying is foolproof, safe and reliable.

It is expected to “package” to solve many problems and challenges such as the difficulty of power grid construction land in large cities, the continuous growth of power grid load demand, and the tendency of urban transmission and distribution corridors to be saturated, so as to provide a new solution for the problem of power supply in high-large cities with high-load density areas around the world.