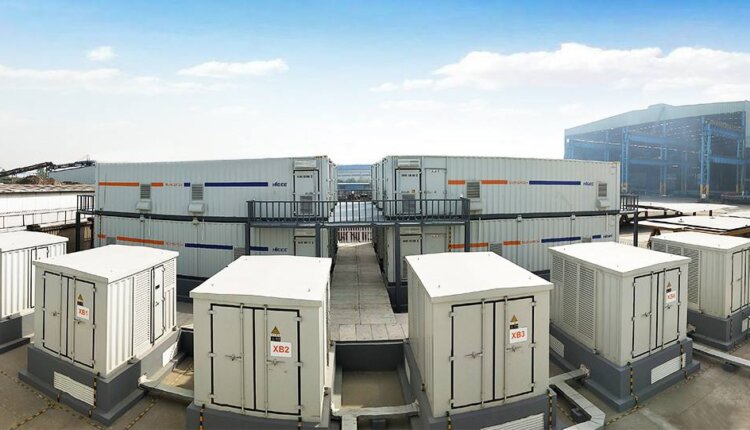 Energy storage makes our society more mobile than ever. They supply energy in terms of time and space independent of its generation. Are energy storage systems also the solution for fluctuating renewable energies such as wind power and photovoltaics?

As is so often the case, reality is more complex and “energy storage” does not mean “battery”.

The need to expand renewable energies has arrived in politics, business and society. The goals are clearly defined: in 2035 up to 60 percent and in 2050 around 80 percent of German electricity should come from renewable energy sources.

What renewables can already achieve is shown by their recent increase in the share of total electricity fed into the grid: According to the Federal Statistical Office, this increased from 40.4 percent in the first quarter of 2021 to 47.1 percent in the same period of 2022. Encouraging figures, but experts and consumers alike give food for thought about one factor: what happens when there is little wind and cloud?

For homeowners who are currently installing solar cells on their roofs, the answer is obvious: batteries – these days, these are lithium-ion batteries, mostly installed in smartphones or electric vehicles. However, these are still very expensive, offer relatively little storage capacity and are considered controversial in terms of sustainable criteria such as environmental protection and human rights.

A closer look at the topic of “energy storage” reveals what other options there are besides energy storage batteries and also shows that storing energy is just one component of a complex energy system of the future.

Electricity storage can take on an important function in the expansion of renewable energies: They decouple generation from consumption and thus make the energy generated available hours, days or weeks later. However, the type of storage, their level of development and expansion prospects differ greatly. In general, a distinction is made between short-term and long-term storage. Energy storage Batteries are used as short-term storage.

They are designed to store energy for minutes and hours and can even out short-term fluctuations in energy production and consumption. Long-term storage buffers energy for days to weeks and is therefore able to bridge longer periods of calm or bad weather. On a large scale, long-term energy storage such as pumped storage, compressed air storage or power-to-gas offer advantages, especially for wind power and photovoltaics.

Their energy storage capacity is higher than that of batteries, but the technical implementation requires a much larger framework, which partly limits the development potential.

Limits of feasibility and future potential

In Germany, the possibilities of pumped energy storage in the form of hydroelectric power plants have been largely exhausted. According to Fraunhofer ISE, the currently installed capacity of pumped storage is around 38 GWh, the nominal output is 10 GWp. Also, according to the ISE, the capacity of German pumped energy storage currently only corresponds “mathematically to the yield of the German PV power plant park from less than one hour of operation under full load.” Cooperation for new power plant projects with Switzerland and Austria could open up new perspectives.

Another long-term storage technology is the so-called power-to-gas process. In this method, electricity from renewable energies is used to convert water into hydrogen and, if necessary, into methane in a further step. If required, the gases can either be fed into the gas network for heating or they can be used in a gas-fired power plant to generate electricity.

However, both of the last-mentioned long-term storage technologies will still need years to prove their practical suitability in a cost-efficient manner. The projects currently being implemented cannot yet compensate for the volatility of electricity generation from photovoltaics and wind power in the corresponding magnitudes, but they are an important first step towards a successful future.

Technically, short-term storage devices such as lithium-ion batteries offer a benefit for small-scale applications such as in private households. There they can absorb the energy generated by photovoltaics during the day for a few hours and make it available after sunset and in phases with little sun. However, the costs are still very high.

This is especially true when used on an industrial scale, such as in solar parks. A decisive disadvantage of batteries is the extraction of the necessary raw materials. there is no planet b.

This is largely done at the expense of severe environmental damage in often politically unstable regions. It is not to be expected that this will fundamentally change in the foreseeable future. Added to this is the increasing demand for raw materials such as lithium and nickel.

Bloomberg Finance, for example, expects total demand for battery metals to increase by around 50 percent to 4.8 million tons in 2022. By 2030, demand for lithium alone is expected to increase by 700 percent. There is therefore some evidence that the recent reduction in the price of batteries can turn into the opposite.

Expanding the infrastructure of the European energy networks

Although the current trends in the private sector seem to suggest otherwise, on closer inspection it cannot be assumed that storage solutions will play a dominant role in the energy supply of the future. Too expensive, technically partly still in development or almost exhausted in capacity, and, as far as batteries are concerned, with a negative sustainability balance, the more promising ways of energy development lie in other areas.

An important point on the agenda of politics and business is the stronger European interaction of energy infrastructures and the expansion of the grids. In particular, a high-performance and flexible national and European power grid can effectively balance out and sustainably harmonize fluctuations in the generation and consumption of renewable energies on a large scale.

Against this background, energy storage systems currently do not represent convincing and clearly sustainable solutions for solar parks.

More than 90 percent of the materials used in lithium-ion energy storage batteries can be recycled. But the LiBinfinity project that has now been launched goes far beyond that and is aimed at a holistic recycling concept for lithium-ion batteries. “Especially in the electrification of trucks, the batteries require so much material that the use of recyclates is not sufficient for other applications,” says Helmut Ehrenberg, head of the Institute for Applied Materials – Energy Storage Systems (IAM-ESS) at KIT.

“Rather, what is needed is a closed cycle in the batteries themselves. That means using the materials from used batteries to make new batteries.”

In LiBinfinity, partners from research and industry are developing an approach that ranges from logistics concepts to reintegration of recyclates into the life cycle of the energy storage battery. They are developing a mechanical-hydrometallurgical process that does not require any energy-intensive process steps and enables higher recycling rates. Materials that cannot be mechanically separated are broken down using water and chemicals at relatively low temperatures.

In LiBinfinity, KIT takes on the task of testing the recyclates, i.e. the recovered materials, for their suitability as starting materials for the production of new batteries. “This validation is essential because materials for batteries have to meet high requirements,” says Joachim Binder, head of the research group Synthesis and Ceramic Powder Technology at the IAM-ESS. “This applies above all to cathode materials, which have a major impact on the efficiency, reliability, service life and costs of the batteries.”

In the Kolibri project, a consortium of research institutes and industrial companies is working on new batteries and another recycling concept for lithium-ion batteries. The new batteries should be fully recyclable and use recycled materials.

In addition, the aim is not only to manufacture the batteries more sustainably, but also to better protect them against thermal decomposition and thus make them safer. But the new battery should also score points in terms of performance and, by adapting the electrolytes, it should also be able to access a lot of power at low temperatures.

In order to achieve these goals, the research teams start with the electrodes and the electrolytes. While the industrial partners are working on the electrolytes, the research institutions are optimizing the electrodes. “The anode consists, for example, of a highly porous carbon airgel that is being developed at the German Aerospace Center in the Institute for Materials Research and is to be manufactured from sustainable bio-raw materials,” explains Christian Kaiser, head of the processing and recycling working group Fraunhofer IBP.

To improve conductivity, this airgel is combined with carbon black processed by the Fraunhofer IBP. The special feature: The researchers do not use newly produced carbon black, but extract it from old tires.

Usually, recycled carbon black is contaminated with metallic oxides and silicates – untreated it can therefore not be used again in tires and even less in batteries.

However, the researchers at Fraunhofer IBP have developed a cleaning process for carbon black that makes it usable again for the manufacture of tires. In the Kolibri project, the cleaning process is to be further optimized and the purity achieved increased to such an extent that the “recovered carbon black” can also be used in lithium-ion energy storage batteries.

The project pursues the production of the electrolytes and the anode not only on a laboratory scale, but is to be advanced to a prototype scale. Planning for a corresponding pilot plant at the Fraunhofer IBP has already started.

The aim is to use the developed technology in the form of a battery as an application example in a laptop or an electric car. All components are then to be completely recycled. The cells are tested at the Institute for Aerodynamics and Flow Technology of the German Aerospace Center.