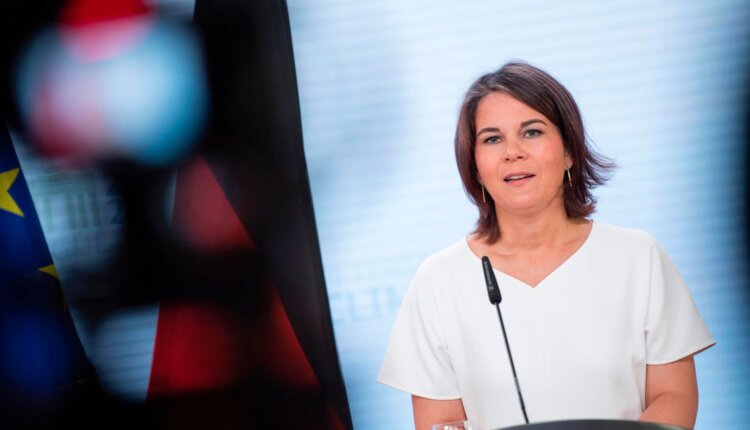 “As a whole, we simply cannot afford another postponement and compromises,” warned the Green politician on Tuesday Berlin before the conclusion of the Petersberg climate dialogue.

Intensive, honest debates and discussions were held for two days, “because we are already seeing that we are running the risk of drifting further apart again on the climate issue.” Fighting climate crisis is not just another crisis. “Rather, it lays itself down as a large, overarching crisis over all other crises and acts like a fire accelerator,” said Baerbock.

More recently, security and the necessary trust have been further lost, first by the pandemic, then by the Russian war of aggression, which is shaking the foundations of the international order and further fueling the resulting energy and global hunger crisis.

“In this situation, there is a great danger that old conflicts will break out again, including in the climate negotiations,” warned Baerbock. Baerbock also called on all states to switch quickly to renewable energies.

“The old fossil world is inexorably in decline, the new world is one of renewable energies,” said the Green politician on Tuesday in Berlin at the end of the Petersberg climate dialogue.

“Everyone can now decide whether to join this wave of progress or whether they will be overwhelmed by it.” Germany as a rich industrial country wants to move forward on the path to climate neutrality.

The German Foreign Minister and her Egyptian counterpart Samih Schukri called for an immediate change of course in order to get the climate crisis under control to get.

Schukri emphasized: “We have to take action now. We have to act now. We have to make progress everywhere and make sure that nobody is left behind.” Schukri again asked for help for the countries particularly affected by climate change keep reserve.

But she made it clear at the two-day conference: “We will not deviate an inch from our climate goals. On the contrary: we will get out of the fossils even faster.” Germany will massively increase its ambitions in expanding renewable energies and increasing energy efficiency. “We are firmly committed to the goal of climate neutrality by 2045.” Fighting climate crisis is very important.

Germany and Egypt are the organizers of the Berlin meeting, which also paves the way for the COP27 world climate conference in early November in Egypt coastal town of Sharm el Sheikh.