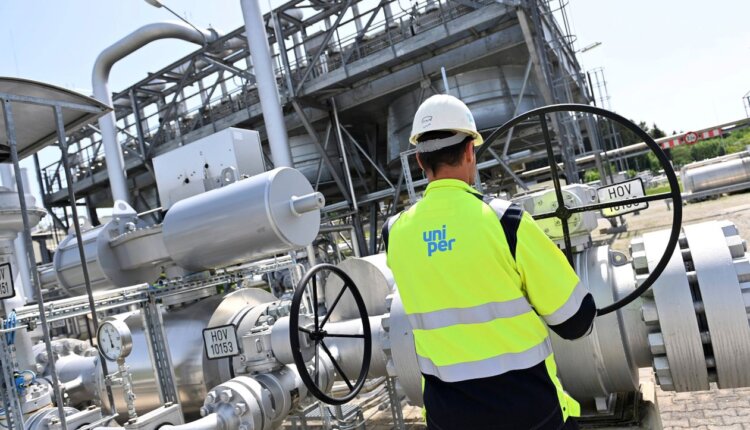 The ailing gas importer Uniper has applied to the federal government for stabilization measures after the cutback in Russian gas supplies and the associated price jumps.

The specific proposals submitted with the application include a fair distribution of costs for the increased gas prices, an increase in the credit line through the state development bank KfW and possible participation by the federal government, as the energy company announced on Friday.

With the proposals, they resorting to the new legal regulations that the Bundestag and Bundesrat had just passed to deal with the gas crisis . The new Energy Security Act allows price increases to be passed on to all gas customers.

In addition to cost allocation, Uniper intends to increase borrowed capital by topping up a KfW line of credit that has not yet been drawn down by two billion euros. The proposal also envisages equity components that would lead to a relevant federal stake in Uniper.

The stock from Uniper rose by 3.8 percent to its daily high after the news broke. And also the papers of Fortum increased: They rose by 3.3 percent on the Finnish stock exchange. However, the Uniper price had recently collapsed when the need for state aid became more and more apparent.

Uniper’s major shareholder Fortum is also in talks with the federal government about the negative effects of the current gas supply restrictions on Uniper, the statement said. Fortum’s proposal envisages a restructuring of Uniper – with the aim of founding a security of supply company owned by the federal government.

The Germany’s largest importer of Russian natural gas. With their gas storage facilities, the people of Düsseldorf also play an important role in securing Germany’s supply in winter and in the efforts of the Federal Government to Germany to make independent of Russian gas supplies.

Currently, less than half of the gas ordered in Russia flows through the pipeline, which Moscow says is due to a missing turbine from Canada that cannot be delivered because of sanctions. Because of the failed deliveries, they has to buy the fuel expensively on the market. So far, the company has not been allowed to pass these price jumps on to customers. This would result in significant financial burdens, as the company recently announced.

The company employs about 11,000 employees in over 40 countries.

Federal Chancellor Olaf Scholz has criticized the green EU label for investments in certain gas and nuclear power plants. “I always thought that was wrong,” he said in the ZDF program “Maybrit Illner”.

The federal government of SPD, Greens and FDP voted against it, but could no longer prevent the regulation. They then made sure “that it still suits us halfway”. Scholz emphasized: In Germany we are in complete agreement that nuclear energy is not green.

A majority in the EU Parliament backed the eco-label project on Wednesday. Specifically, it is about a supplementary legal act to the so-called taxonomy of the EU.

It is a classification system designed to steer private investment into sustainable economic activities and thus support the fight against climate change.

It is relevant for companies because it influences the investment decisions of investors and could therefore have an impact on the financing costs of projects, for example. Investors should also be able to avoid investments in climate-damaging economic sectors.

In the voice catch you hear why an industrial company fears an emergency, how citizens prepare for gas shortages and what measures the federal government is planning.