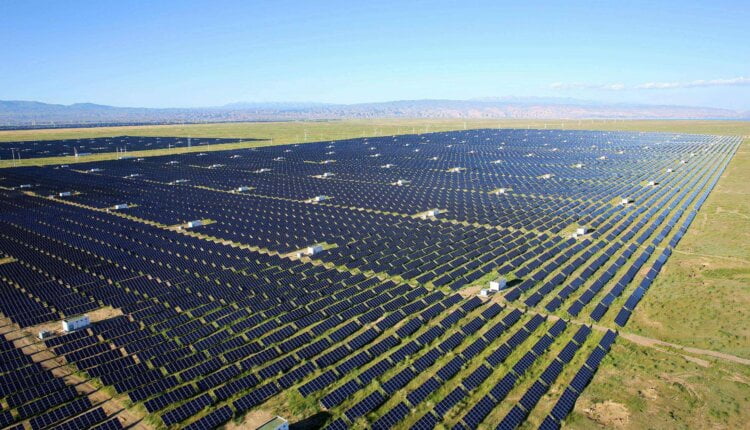 Green Energy Transition In Indonesia, The Indonesian Photovoltaic Association (ISEA) predicts that the country installed capacity for deploying rooftop PV systems may exceed 1GW in 2022, with an annual increase of 3GW to 5GW starting in 2025.

Green Energy Transition In Indonesia: Amarangga Lubis, co-founder of Solar Kita, an Indonesian engineering, procurement and construction (EPC) company, said, “There is a growing awareness of the importance of renewable energy. The demand for electricity continues to rise.”

Lubis predicts that Indonesia installed photovoltaic capacity will grow significantly in the next five years. “People are more selective about their adoption of electricity, and they invest in things that are better for the environment,” he said.

To be sure, photovoltaics remain a secondary source of energy in Indonesia, and the country remains the world’s largest exporter of coal-fired power.

In Indonesia total installed capacity of 73GW of various energy power generation facilities, coal accounts for about 60%, while the cumulative installed photovoltaic system is only 180MW, including photovoltaic farms and rooftop photovoltaics.

However, the Indonesian Ministry of Energy predicts that the country has a potential for PV deployment of 400GW.

The fall in the price of photovoltaic modules has driven the deployment of photovoltaic systems, as photovoltaic electricity prices are cheaper compared to coal-fired power generation also Green Energy Transition goal is important.

Regulatory changes have also spurred growth in the PV market, with PLN reducing minimum energy charges at the end of 2019, which reduces the time it takes for PV users to recoup installation costs.

As of August 2021, commercial PV users can also export excess electricity to PLN companies and can participate in the Indonesian carbon tax market, which will be launched in 2025.

Fabby Tumiwa, executive director of Indonesian research institute ISEA Corporation, said these changes, along with agreements reached by multinational companies to reduce carbon emissions, mean that there will be higher demand for PV deployment in companies, factories and commercial buildings in the coming years.

Tumiwa also expects that in addition to commercial demand, at least 2% of PLN’s 77 million household customers will have PV systems installed in the next three to five years.

Dairy engineer Aji Tri Atmojo lives in a traditional wooden house on the outskirts of Indonesia’s capital Jakarta , and his rustic house has a modern feel after installing a photovoltaic system on the roof of his residence .

Since spending 10 million rupiah ($702.25) in 2020 to install a rooftop photovoltaic system, Aji’s home’s monthly electricity bill has been cut in half and will recoup his investment within five years.

So far, Indonesia has not had many cumulative renewable energy power generation facilities deployed , and its energy structure still relies heavily on combustion power generation, but if the photovoltaic installation rate rises significantly, it could have a transformative impact on Southeast Asia’s largest economy.

Indonesia goal is to phase out coal-fired power generation by 2060 or earlier and become carbon neutral and achieve Green Energy Transition.

Although Indonesia is a tropical archipelago of 17,000 islands that enjoys year-round sunshine, it ranks last among the G20 countries in terms of photovoltaic power generation .

In recent years, driven by policy changes, a sharp drop in PV prices, and environmentally conscious middle-class consumers such as Aji, the demand for PV deployment in the world’s fourth most populous country has begun to grow rapidly.

From the end of 2018 to November 2021, the number of rooftop PV users in Indonesia has more than quadrupled to about 4,500, with total installed capacity increasing from 1.5MW to 44MW, according to a survey by state-owned power provider PLN. “Green Energy Transition“