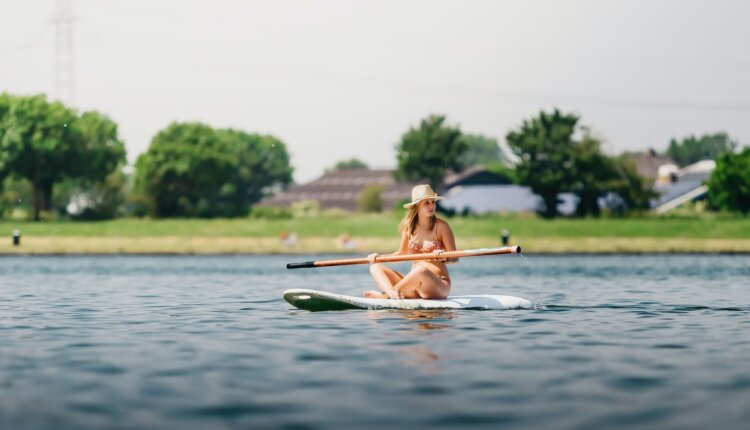 Heat wave in EU and Germany, On hot days it not only sizzles on the skin, but also in the head. The human brain is particularly vulnerable to rising temperatures.

The body stimulates sweat production, dilates the vessels and pumps more blood through the skin in order to release as much heat as possible. But in extreme heat this only helps to a limited extent.

Heat researcher Hanns-Christian Gunga talk about why the organism does not get used to the hotter summers in the climate crisis, for whom heat is particularly risky and why very high temperatures damage the brain.

What was the hottest thing you ever had to endure?

That was an occupational medical examination in a salt mine. The air temperature in the mines was sometimes over 50 degrees. But mainly because the air is very dry, it is still bearable.

For me it was 100 degrees – but not for long. For a show I once went into the sauna with a raw egg. I was still able to move after ten minutes, the egg was hard. “Heat wave in EU and Germany”

The shell is very good at conducting heat inside. This principle also applies to humans. That’s why it’s dangerous, for example, to go to the sauna with small children: The temperature stress on the organism of the small child, who weighs maybe only twelve kilos, is much greater there in a short time than for an adult who weighs 70 kilos and more .

The same applies to older people whose cardiovascular system can no longer perform as well as that of younger people.

In the sauna it’s only bearable because you know that you can take a shower afterwards. But what we are facing with the climate crisis is, so to speak, a sauna without a door.

The heat waves that we have had in Germany in recent years made us feel: We are also reaching physiological limits here. The mixture of air temperature and humidity can become stressful. Solar radiation and wind speed also affect what is known as the climate total. Everyone knows this: When it is muggy outside due to high humidity, we feel that we are sweating.

Heat wave in EU and Germany

Here in this space is trapped the moisture that we exhale. As a result, humidity rises slowly, making heat dissipation difficult. We can easily be outside at 40 degrees when the humidity is almost zero, because we can cool our bodies wonderfully by sweating and lose energy in the process.

Where does the energy come from?

We both sit and have hardly any external muscle activity. But our heart is pumping and trying to keep our circulation going. Other cells are active and allow us to think or digest. But only about 20 percent of this energy can be used for the work actually performed, 80 percent is generated as heat. This excess energy must be dissipated. Humans constantly emit around 100 watts of heat.

That’s like an old-fashioned lightbulb, and they got very hot. So humans don’t exist in an energy-saving version.

How does the body get rid of heat?

He has a very sophisticated system for this: the heart and circulatory system regulate, among other things, the microcirculation, i.e. the small vessels, they are opened and closed. We give off 30 percent of our total heat through the neck and head area. The hands are our window: we can use them to regulate blood circulation up to 600 times over.

We can close them, for example in winter, when they are freezing. Or we can open them up, they turn bright red, they have good blood flow, and we lose significant amounts of heat to the environment.

Environments of over 35 degrees during the day can only be endured if you turn on your brain. The brain has to say: “It’s too warm now, I’ll go somewhere else, I’ll take off my clothes, I’ll open the window.”

My mind suffers extremely from heat. It’s not for nothing that they say we have to “keep a cool head” in order to come up with meaningful thoughts.

At what point does mental performance drop when exposed to excessive heat?

If your core body temperature, which should normally be a maximum of 37 to 37.5 degrees, rises above 38.2 degrees, your error rate already increases. We don’t have much wiggle room down there either: at 35 degrees you already have measurable changes, and at 27 degrees you’re unconscious. We live on an insanely narrow temperature horizon.

Our body absolutely has to maintain this 37.5 degrees. Only very few life forms such as bacteria are able to withstand higher temperatures for a short time. For all mammals, the temperature is about 42 degrees. We have a range of up to a maximum of 4 degrees upwards. The proteins in our body cannot withstand more.

What does obesity do to our heat balance?

The heat stress is greater there than for a slim, athletic body. It can dissipate its heat much better. In addition, the heart and circulatory system are not as resilient in overweight people. If there are also metabolic diseases – diabetes or a disease of the kidneys – the fluid balance and blood circulation and thus the temperature regulation are damaged. In older people, the kidneys are often no longer able to concentrate the urine.

As a result, they excrete fluid that they could actually use for temperature regulation. Small children also absorb more heat. If you don’t give them enough food and especially drink, they are at maximum risk. This leads, among other things, to the high infant mortality rate in the warm regions, such as in sub-Saharan Africa.

When it comes to body temperature, the idea prevails that it can be lowered – just like blood pressure with medication. Have we forgotten that man consists not only of spirit but also of a body, a physiology that follows physics?

Most people are not aware that there are only one or two degrees that separate us from being able to perform or not. Temperature regulation is like an orchestra. The conductor is in our brain. And if that brain has just a little too much or too little warmth, the conductor no longer knows what he’s playing and the different parts of the orchestra go their own way. A physiological cacophony with disastrous consequences.

What happens to the brain when it’s 41 degrees?

The warmer it gets, the more oxygen radicals the nerve cells produce and degenerate. Figuratively speaking, the cells are perforated.

We are sitting here in the Charité. I think of the nurses who work here. If I had to move someone, at a room temperature of 27 degrees, plus Covid-19 protective clothing and a breathing mask: how could I get rid of my own heat?

In fact, that is no longer possible. Therefore, the staff should take longer breaks. But that becomes difficult with a fully occupied intensive care unit. The nurses have to go out, undress and dress again later. This can take half an hour.

But it is not intended at all. If there are also high temperatures in summer, doctors and nursing staff in particular are under maximum heat stress.

We are in the process of launching a study to log how high the temperature rises during a typical workday. One could possibly use light cooling vests to delay warming.

Can one say that our healthcare system is miserably prepared for the change brought about by climate change and the hotter average temperatures in Germany?

I would rather say it’s a problem in the training of our doctors and nursing staff. Temperature regulation and the impact of climate change on health have played far too little of a role over the last twenty years.

We obviously find it difficult to recognize crises. As long as you ignore them, you won’t get around to thinking of solutions.

Why don’t we act on the greatest health threat: the climate crisis?

Climate change is happening at different speeds and each country has its own policy.

Therefore, we are relatively limited to develop a global understanding and to admit to ourselves: The heat that prevails in sub-Saharan today is slowly moving towards us, and all those who live there need a new place to live.

We, and the politicians too, consciously push this realization away from us for the time being. We scientists must do much more to ensure that we are already feeling the consequences.

Should doctors and health professionals get louder too?

Yes. The consequences will affect every area of ​​society – and already our healthcare system. We can survive seven minutes without oxygen, maybe seven days without fluids, and seven weeks without food. Oxygen, fluid balance and temperature: These are core elements. That’s exactly what we’re turning to with climate change.

How many people will be physically unable to live in Africa in the next 20 years because it gets too hot?

Sub-Saharan extends from West Africa to Kenya and Ethiopia. About a billion people live there at the moment. Most live off what they grow themselves. If the total climate measure there increases by just two degrees, the productivity of working people drops by almost 50 percent! This is the case with everyone, no matter how long they have lived under these conditions.

Contrary to what many believe, people do not adapt. This means that people can only work half the day and have less to eat. So they will migrate, to regions that are not so hot.

There is the metaphor, the earth has fever – we are the pathogen because we underestimated which Stress means eight billion people for this planet. In the history of the development of the earth.

I also studied geology and paleontology – there are periods during which the earth became very warm for a short time. The high temperatures meant that mainly small organisms survived.

Is intelligence possibly not an evolutionary advantage at all? I’m asking this in all seriousness because bacteria or organisms weighing less than a kilo will outlive us. We see catastrophe coming but are unable to react. That’s not particularly wise.

People are also characterized by a sometimes very high level of social commitment and empathy – I think that is a much greater advantage than pure intelligence. And because of that behavior, I’m not as pessimistic as you are. We just have to convince social circles to take this situation really seriously.

Statistics from meteorologists warn: If CO2 doubles, temperatures will rise by five to six degrees. This is too much for this planet. This will lead to changes in biology and also geography in the distribution of land and sea. And the living space will become much smaller for mankind. This will inevitably lead to social conflicts.

South Korea sending bright probe to the moon with SpaceX 9