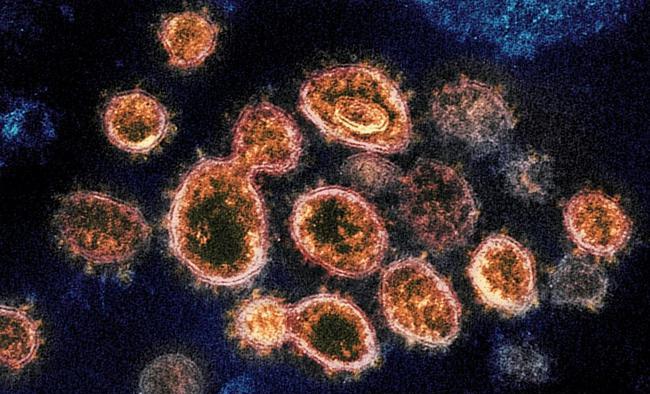 Omicron variant of COVID-19 named B.1.1.529 was detected in South Africa. This variant contains a large number of mutations, which may be more infectious and immune escape-capable, which has attracted widespread global attention.

The Omicron Variant was first discovered on November 11, and the Omicron variant was found to be very fast.At present, Hong Kong, China, has recorded two cases of infection with the virus, and many countries, including Germany and the United Kingdom, have announced travel bans on South Africa.

The emergence of new Omicron variant in South Africa scares the global market and heats up the market’s fear of the epidemic again! Investors are worried about the spread of the Omicron Variant epidemic and endangering the world economic recovery.

There was a panic selling in the financial markets of many countries around the world, and Asia-Europe stock markets both fell sharply today. Subsequently, there was also a huge earthquake in the opening of the European and American markets, and the VIX panic index increased to 40% to 25.92.

According to the latest news from Bloomberg, a WHO spokesman said that the World Health Organization (WHO) expert group held an emergency meeting at noon on Friday (26 local time). After group talks on the coronavirus mutant virus, WHO will provide guidance and advice to countries.

World Health Organization (WHO) held an emergency meeting on November 26, local time to discuss the new coronavirus Omicron Variant B.1.1.529 found in South Africa, Botswana and other African countries. Experts say that the mutant has a large number of mutations and is likely to be more infectious.

According to a report by the U.S. Consumer News and Business Channel (CNBC) on the 25th, the WHO announced on the same day that it would hold an emergency meeting on the 26th to discuss what the emergence of a new coronavirus Omicron variant may mean for vaccines and treatment.” We don’t know much about this yet. What we know now is that this variant has a large number of mutations. It is worrying that so many mutations may have an impact on the behavior of the virus. Maria Van Kerkhove, WHO’s technical director of coronavirus response.

According to previous reports, British experts recently warned that the coronavirus variant B.1.1.529 currently found in Botswana, a southern African country, is likely to be a “super variant” and its toxicity and transmission are likely to be “horrible” than the existing mutant Delta strain Delta.

Thomas Piccock, a virologist at Imperial College of Technology, said recently that the new strain named B.1.1.529 found in Botswana has 32 variations, many of which may lead to stronger resistance to existing vaccines.

He mentioned that the new variant rarely has two Flintease cut-point mutations at the
same time: P681H in Alpha, Gamma and Muse strains, and N679K in previous South African C.1.2 variant.

Judging from the current mutation, this is indeed a matter of concern. However, he said that a key feature of the virus is unclear, that is, its infectiousness, because this is the key reason why Delta variant dominates. “immunodefecation escape is only part of what may happen”.

Scientists say they will pay close attention to this new variant to see if it has accumulated momentum or signs of wider dissemination. And some virologists have begun to be deeply worried about the situation in South Africa. They said that the current B.1.1.529 infection cases in South Africa are all from Gauteng Province, and the recent surge in cases there is likely to be driven by a new Omicron variant, because the number of new cases suddenly rises in very local areas. Moreover, one of the existing cases in South Africa is a baby girl under the age of one, which means that family transmission has occurred.

Professor François Baroques, director of the Institute of Genetics of University College London, said that a large number of mutations in the B.1.1.529 Omicron variant were obviously accumulated in a “single outbreak”, indicating that it may be in people with weaker immune systems, such as untreated HIV/AIDS. (HIV) EVOLVED DURING CHRONIC INFECTION. He said, “I definitely think it is difficult to recognize by neutralizing antibodies relative to Alpha or Delta.”

“collision” between HIV and the novel coronavirus may complicate efforts to eradicate the coronavirus pandemic, and people with advanced AIDS may become a source of coronavirus mutation or even “becoming factories for mutant viruses around the world”.

According to Red Star News, in 216 days, a South African woman with advanced HIV had 32 mutations, including 13 key spur protein mutations. At that time, scientists pointed out that there may be a link between the frequent emergence of new variants of coronavirus in Natal, South Africa, and the high prevalence of AIDS in the region, where more than a quarter of adults are HIV-positive.

However, Professor Baroques said that it is difficult to predict the spread of the B.1.1.529 strain at present. Dr. Piccok also said that the current situation is not clear and should be closely monitored, “I hope it is just a strange cluster of poison that is not easy to spread”.

According to CCTV news reports, on the evening of the 25th local time, British Health Secretary Javid announced that from 12 noon on the 26th (8 p.m. Beijing time), the United Kingdom will put South Africa, Botswana and other 6 African countries on the red list, and suspend flights from these countries to the United Kingdom. According to a report by Cailian News Agency on the evening of the 26th, Germany will ban travel with South Africa.

Botswana’s Ministry of Health reported on the 25th that it had reported 4 cases of infection with the Omicron variant. Karen Massup, coordinator of the President’s Task Force on Coronavirus Prevention and Control, said that the 4 cases were tested positive for the coronavirus before air travel on the 22nd. All 4 cases have been fully vaccinated against the coronavirus. Preliminary results show that the Omicron variant has more genetic mutations than the Delta strain.

The National Institute of Infectious Diseases of South Africa also announced on the 25th that 22 cases of B.1.1.529 virus infection have been found so far in the country.

In addition, in the current preliminary data, new variants have shown signs of rapid spread in South Africa. South African official Olivira tweeted a sequencing of the country’s coronavirus strains.

South Africa has been discovered for the first time in Hong Kong, China. Two cases at Regal Airport Hotel are carried on the newly discovered variant of COVID-19 B.1.1.529 in South Africa. The Centre for Health Protection of the Department of Health in Hong Kong, China has arranged for quarantine of hotel personnel, and there are no confirmed cases for the time being.

Two cases of infection with the virus strain were found in Hong Kong, China, one of which returned to Hong Kong, China from South Africa. The 36-year-old man arrived in Hong Kong on November 11 when he tested negative for nucleic acid at Hong Kong International Airport, China, and was diagnosed during quarantine at the quarantine hotel on November 15. Only 3 days later, a 62-year-old man from Canada from the same quarantine hotel was also diagnosed with infection, and their hotel rooms were diagonally opposite.

The results of whole genome sequencing analysis showed that the genetic sequencing of the two cases was very similar, both of which carried the mutant virus strain B.1.1.529, similar to the sequencing found in South Africa and Botswana. Both patients have been vaccinated with two doses of Fubitai coronavirus vaccine.

Some health experts believe that with the lifting of the ban in many countries and reopening international travel, the spread of the Omicron variant has expanded to more countries and regions.

The World Health Organization has included the strain in the range of “monitoring” Omicron variant on the 24th, and WHO experts will analyze the strain.

Affected by the new variant virus in South Africa, investors are worried about the spread of the epidemic and endangering the world economic recovery. There was a panic selling in the financial markets of many countries around the world, and Asia-Europe stock markets both fell sharply today.

International oil prices also suffered a sharp drop today, with the price of New York Merchants Exchange light crude oil futures, which will deliver in January next year, falling to 6.34% to $73.53 per barrel. Brent crude oil futures are now down 6%.

Under the global panic, the surge in risk aversion demand stimulated several higher multinational bonds, corresponding to a decline in yields, the price of German treasury bonds soared, and the yield on 10-year Treasury bonds fell by 6 basis points to -0.31%.

The price of Italian government bonds rose by more, and the yield of 10-year government bonds fell by 5 basis points to 1%. YIELDS ON INDIA’S 10-YEAR TREASURY BONDS FELL 5 BASIS POINTS TO 6.32%. Yields on 10-year Treasury bonds also reversed this week’s increase to 1.5448 percent, rising to a nearly one-month high of 1.65 percent after Federal Reserve Chairman Powell was nominated for re-election.

Masahiro Ichikawa, chief market strategist of Sumitomo Mitsui DS Asset Management Company, said, “If there is no news of virus variants, today will be a calm day.” Nobuhiko Kuramochi, market strategist at Mizuho Securities in Tokyo, said, “It is reported that the new variant is extremely infectious. Some people worry that if the existing vaccine does not work, people will have to take lockdown measures again.

Tomoichiro Kubota, senior strategist of Matsui Securities, said that the Japanese stock market “seems to be a little overreformed because little is known about the variant.” He added, “There are concerns that the new version Omicron variant may be stronger than the Delta mutant strain, which leads investors to consider the worst case, that is, cities will be forced to blockade again.”

Jeffrey Halley, a senior market analyst at OANDA, said: “Based on the evolution of the sell-off caused by the virus and the level of attention paid by the WHO to it, the relevant considerations surrounding next week’s OPEC+ meeting may change.”

Moh siong sim, foreign exchange analyst at the Bank of Singapore, said, “We still don’t know how infectious the virus is… This is a general uncertainty. If the vaccine fails, the market will face another wave of global infection risk. Hopes of reopening may be dashed.

Belgian Health Minister Frank Van Denbrook reported at a press conference on the same day that an entry person who did not get the coronavirus vaccine and returned to Belgium from abroad was diagnosed with the Omicron variant coronavirus.