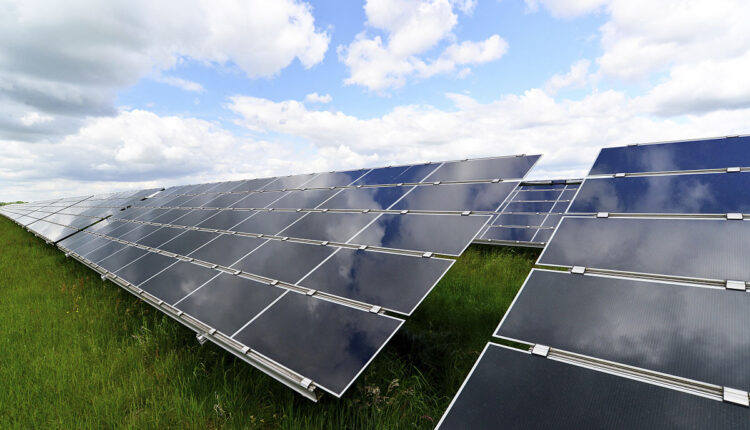 According to German scientists, it is the first time to accurately measure the photoluminescence quantum yield quality of the Peroxide Solar Cells layer. This suggests that this promising material has greater optimization potential than previously assumed.

Theoretically, the power conversion efficiency of peroxide solar cells can reach about 30.5%. However, in order to approach these efficiency levels, the photoelectric quality of peroxide semiconductors must be improved.

Hanonin Solar Energy Institute (ISFH), Karlsruhe Institute of Technology (KIT) and the Institute of Electronic Materials and Components of the University of Hanover, as well as Centrotherm, Sinulus, Meyer Burger and Von Ardenne participated in the research project. The goal is to achieve the conversion efficiency of perovskite-based silicon solar cells to 27%.

“It depends on photon recovery, the proportion of photons emitted by peroxides that are reabsorbed and re-emitted within the thin layer,” explains KIT scientist Paul Fassl.

The researchers applied their model to lead methylammonium triiodide (CH3NH3PbI3), a peroxide solar cell with the highest photoluminescence quantum yield. Previously, it was estimated to be about 90%, but model calculations conducted by German scholars found that this value is actually about 78%.

According to scientists, previous estimates did not fully take into account the effects of light scattering, which means that these estimates underestimate the probability of photons, the quantum of light energy, to escape from the layer before being reabsorbed.

Ulrich W., head of the Advanced Optical and Next Generation Photovoltaic Materials Group at the KIT Institute of Microstructure Technology (IMT). “Our results show that the potential for optimizing these materials is significantly higher than previous assumptions,” Paetzold said.

In 2017, about 1.7% of global power demand was met by electricity generated by photovoltaic (PV) components, the vast majority of which came from crystalline silicon (c-Si) solar cells. Crystal silicon solar cells currently account for 95% of the photovoltaic market share, and it is expected that they will remain the dominant photovoltaic technology in the coming decades.

However, more than 70% of c-Si photovoltaic productivity is invested in the production of low-performance battery equipment, in which the entire silicon back surface forms positive extremes with aluminum alloys. This unit structure is called the aluminum back surface field (Al-BSF) unit. Compared with 29.4% of the theoretical maximum power conversion efficiency (PCE), the actual PCE upper limit is only ~20%. The c-Si photovoltaic production, which has an additional 20% market share, adopts a more complex passivation emitter and rear battery (PERC) design, and its PCE ceiling is only 23-24%.

The study found that the most prominent common feature of PCEs that restricts Al-BSF and PERC solar cells is direct contact with silicon wafers. This contact introduces high-density active electron states into the silicon-metal interface, resulting in the compound loss of photo-generating electrons and holes.

In order to mitigate these adverse effects, the development of passivation contact technology is imminent. The loss of contact compounds can be reduced by adding passivated film (usually silicon oxide, SiOx; or hydrogenated amorphous silicon, a-Si:H) between silicon wafers and covered metal terminals. Some passivated contact techniques remove doping agents entirely from the light-absorbing material and bind them to the contact structure outside the c-Si chip. In this paper, the conceptual design and material combination of c-Si passivation contact are summarized in combination with the solar cell configuration of passivation contact.

Prime Minister of Israel will visit USA to meet with Biden, Rapid first meeting since he took office